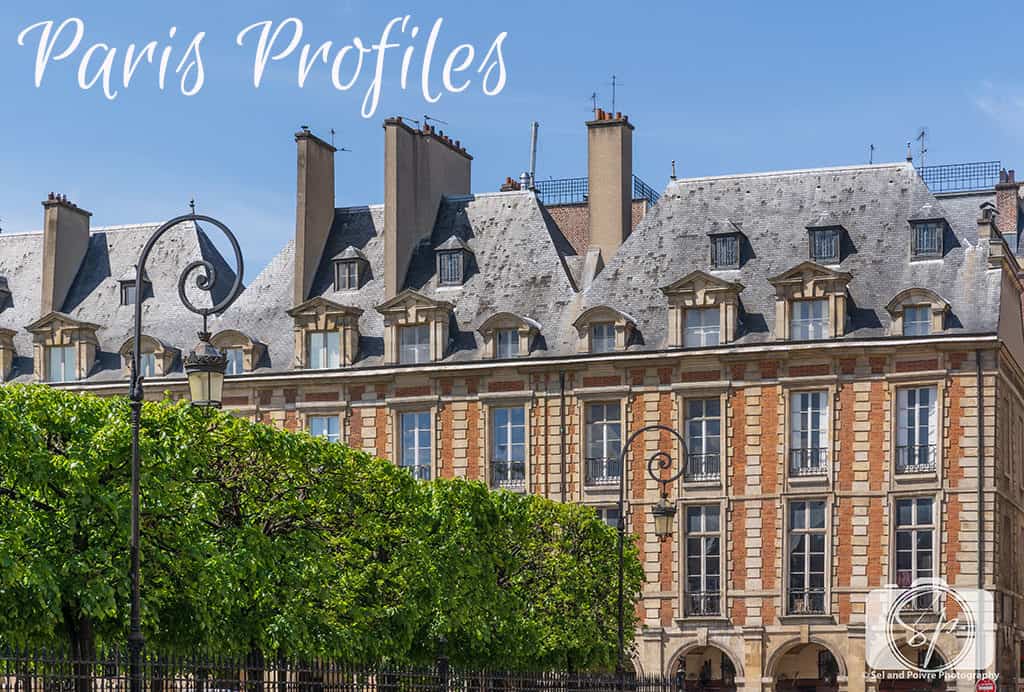 I have been a big fan and longtime reader of Ann Mah’s book. Every Francophile has a copy of her Mastering the Art of French Eating book. This summer she published The Lost Vintage, a beautiful story that takes place in the heart of France’s wine country. Ann’s been busy because she also just released Instantly French which demonstrates she is one smart cookie taking advantage of the Instant Pot craze!

Ann splits her time between Washington, D.C., and Paris, is a well-established journalist, author and foodie so I am thrilled to have her share her favorite spots where she lives. 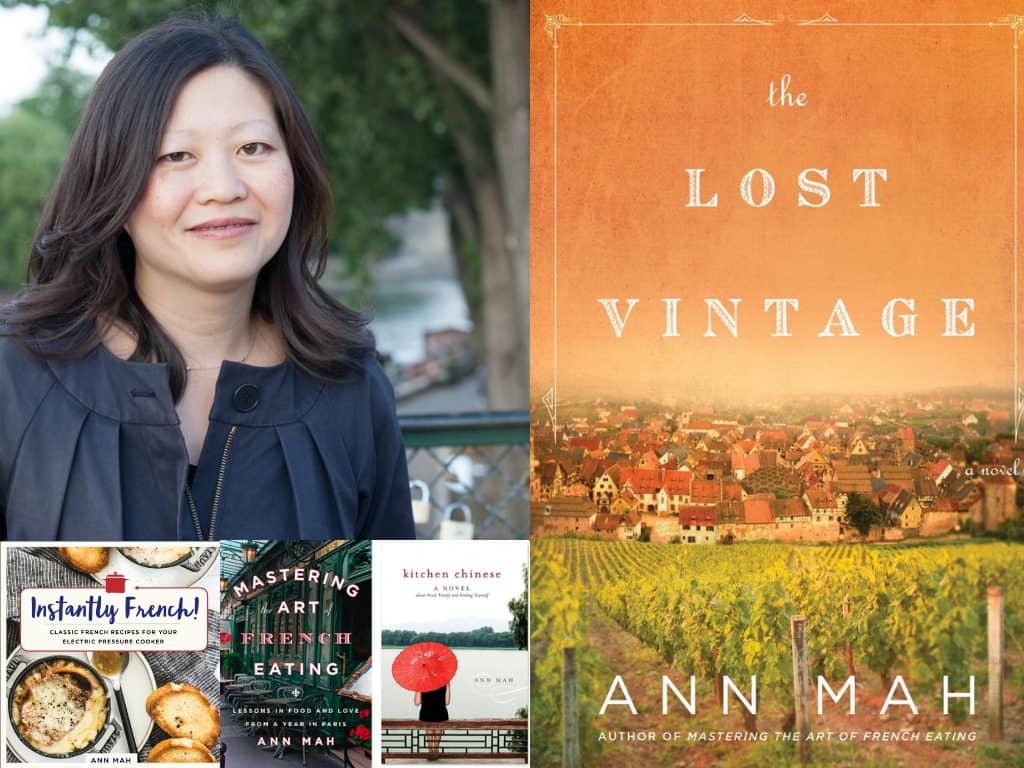 When I first moved to Paris, my opinion of the 7th was colored by stereotypes and I too hastily dismissed it as stodgy and boring. But when I started working at the American Library in Paris – which is in the 7th, a few blocks from the Eiffel tower – I discovered streets full of old-fashioned, familial charm. We have 50-year-old cafés serving vin de pays and perfect omelettes aux fines herbes instead of Brooklyn-style cocktail lounges or neo-bistros with odd-shaped plates – and honestly, that’s kind of a relief. I love the intersection of food, history, and culture that’s so much a part of France, and I’ll always be a sucker for classic Paris.

I wish Anne Hidalgo would clean up the Champ de Mars. The park surrounding the Eiffel tower should be a jewel of the city – instead, the lawn is brown and there’s a rat infestation. It’s embarrassing. 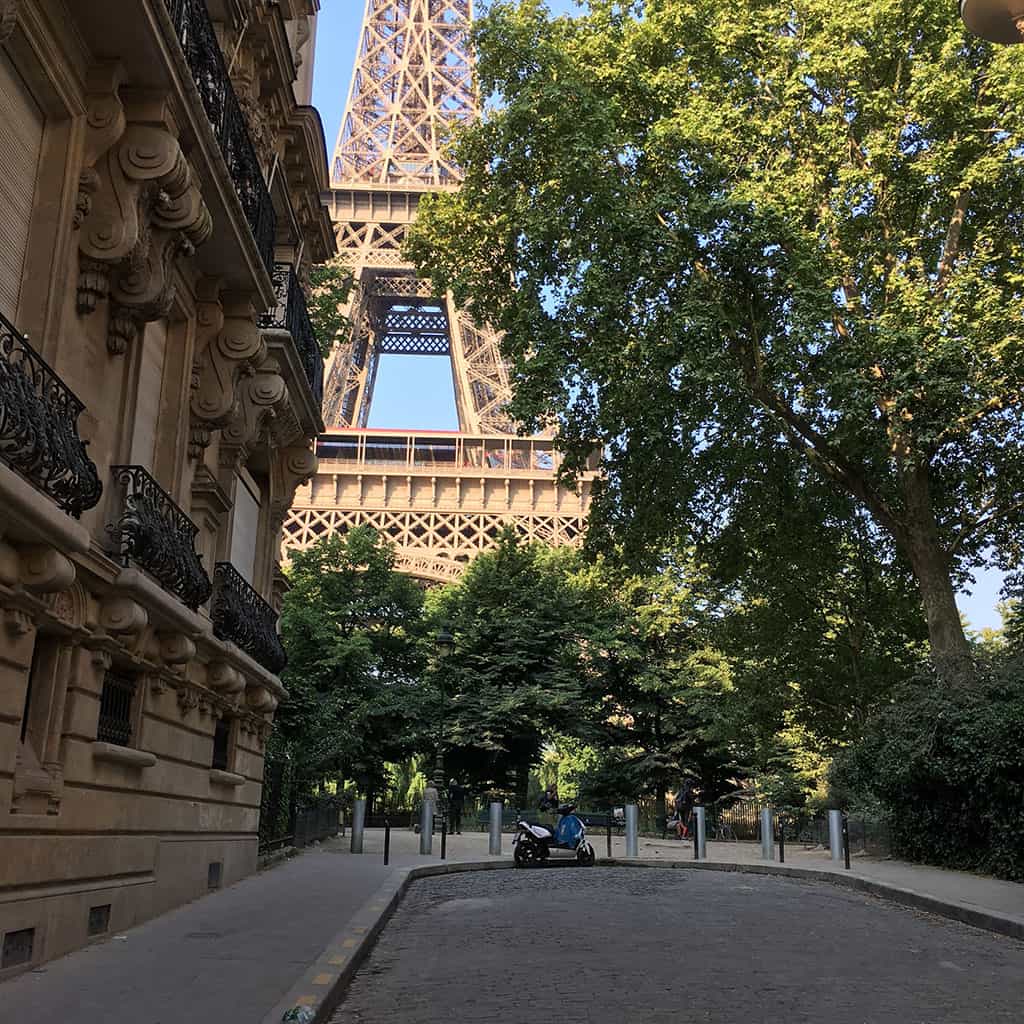 [3] Favorite coffee spot in your neighborhood.

Le Cairn is a tiny little health-food/ coffee shop with great coffee drinks and vegan and gluten-free food options. The owners are super friendly – they’re always putting hearts or smiley faces in the foam of my grand crème – and while I’m neither vegan nor gluten-free, I appreciate their lighter food options like the chia fruit bowl. 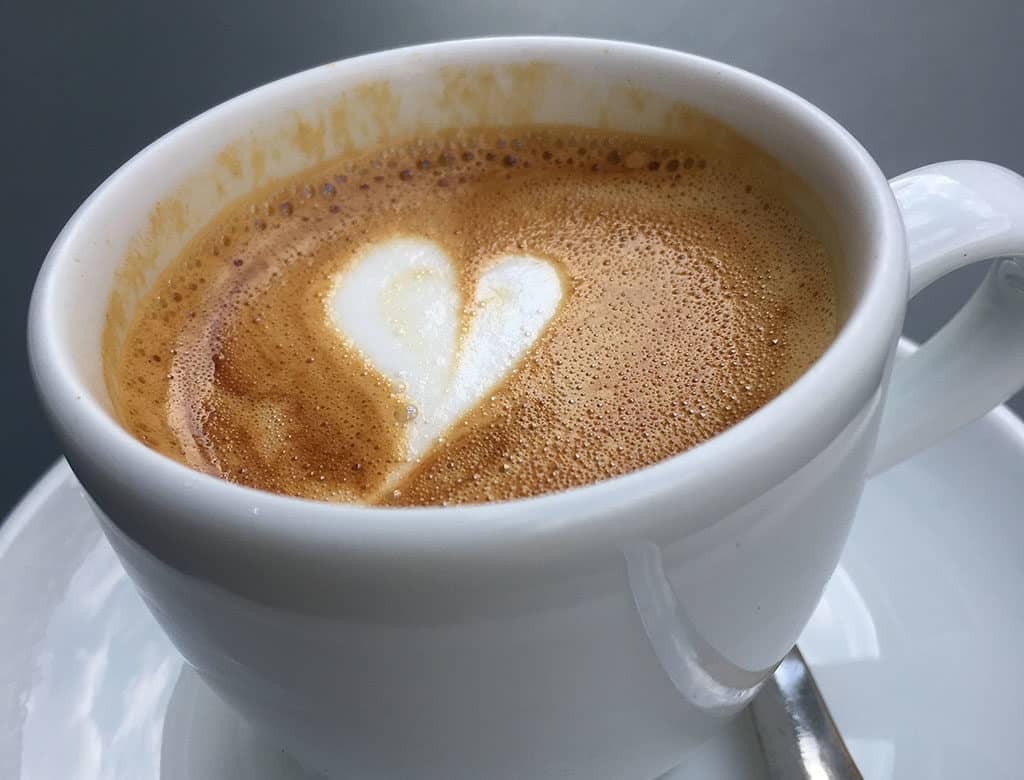 On warm summer evenings, I love the terrasse at Rosa Bonheur sur Seine. There are long picnic tables, glasses of iced rosé, and a general air of boozy conviviality. On weekends they make pizza in a wood-burning oven all day long, so my friends and I meet here in the early evening and feed the kids an early dinner while the grownups enjoy an apéro. 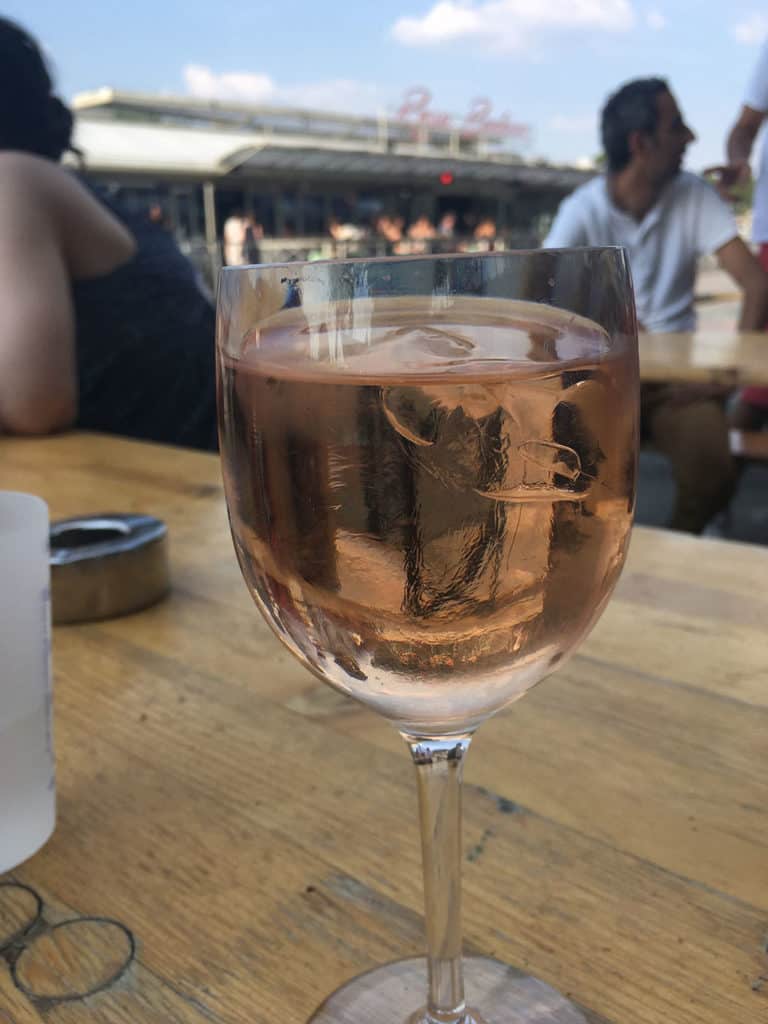 The American Library in Paris is an amazing center for community and culture and it’s one of my favorite places to write and do research. (Full disclosure: I used to work here, so of course I love it.) But they really do have some amazing author events, story-times for kids, and a wide-ranging collection – all in a beautiful new space.

Zia Paris is a tiny, bright café with great, inventive food and – unusually in Paris – they serve brunch all week! The chef-owner is from New Mexico and so the food has a southwestern note – I really enjoy the hot sauce he makes from imported hatch chiles. My daughter loves the sweet dutch baby, which is like a fluffy pancake, served with syrup and fruit – and the also have a savory version with goat cheese and bacon that I’m dying to try.

Les Deux Abeilles is a charming salon de thé, owned by a mother-daughter team. The decor is charming – flowered wallpaper,
lace curtains, heavy wooden furniture, and fresh flowers – and the food simple and homey; they make everything themselves. They have excellent savory tarts, perfect omelettes, and the desserts are heavenly. I dream about the chocolate cake. 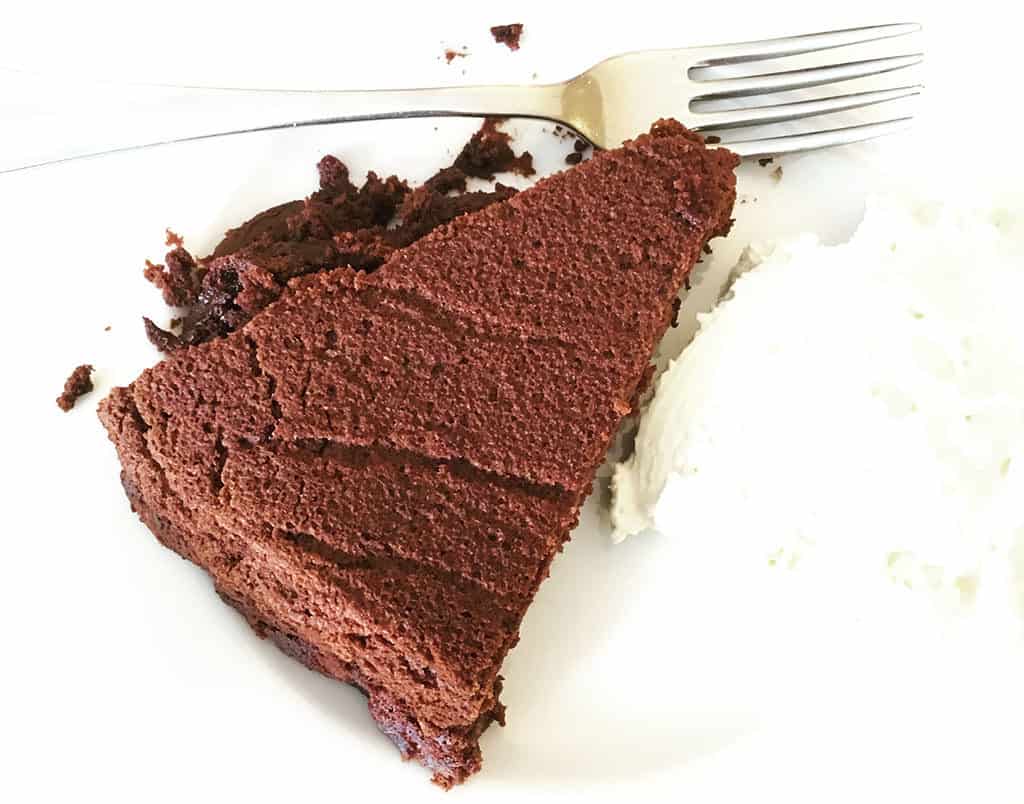 Akihiro Horikoshi spent over 20 years as the fish chef at the Michelin three-star L’Ambroisie, and he brings this talent and skill to the food at his jewel-box of a restaurant, La Table d’Akihiro. The sophisticated prix fixe menu centers on seafood, and everything – from the just-barely poached langoustine tails to the firm-fleshed filets of St-Pierre – is exquisite perfection.

I’m lucky enough to have a view of the Eiffel tower from my living room windows, and I love sharing it with friends. That first sparkle of the evening – when the tower bursts into lights – is always a magical moment; if the wind is blowing in the right direction, I can often hear people start to cheer. I’ve seen it a thousand times, and it still takes my breath away.

Here are other great spots in the 7th arrondissement that I have curated for you:

7eme Parks, Museums & Things to Do

How about you? Do you have any 7th arrondissement additions? Have you been to this area of Paris? Did you find this post helpful for a future trip?

A to Z - Patricia of Grab A Plate
← Previous
Currently October 2018
Next →
Click here to cancel reply.

Such a fabulous guide for this charming area. Especially love your favorite breakfast, lunch and dinner spots as well as your curated list.

Dear Ann, First let me say that I enjoy and respect your reviews and comments, but I feel I must remonstrate with you about a recommendation of yours (not posted here). I recently viewed a YouTube interview with you at Le Mistral. Looked good and you recommended it. What ensued was a travesty. Moutarde in little plastic packets for steak tartare? Rabbit cooked to a fare-thee-well. House wine pretty close to undrinkable. Aligot that had a distinct taste of mold. Soggy fries. Bad to indifferent service. Same price as Bistrot Paul Bert where we had a wonderful meal. I know the owner is a friend, but you should have counseled the owner to up their game. For a much, much better meal at a good price in the 19th, try Chantefable.

This is so cool! I love the insider info to Paris. I can't believe there is actually a rat infestation though.

I've only been to Paris once as a child, and only to the tower. Would love to go back someday and really see what Paris is all about.

Thanks for sharing this post. I would not have a hard time looking for places to visit and to dine in. This looks like a neat place to live!