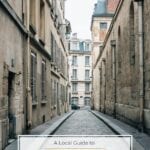 Mr. Misadventures and I never spend any time in Paris without a meal, a coffee, or a walk in the 5th arrondissement. Having spent a little time at the Sorbonne as a student, the 5eme holds sentimental value to my hubby. It also has one of his favorite bande dessinée (comic book) shops (Album – 84 Boulevard Saint-Germain) so we always stop in to see the latest editions!

The 5th arrondissement has such an interesting mix of people, it is a great spot to grab a terrace seat and observe the locals and tourists walking by. We once saw Christian Clavier walk by while having a coffee in one of their many cafes (you can’t have a district for students without good coffee!).

Being a fan of cinéma is something I have in common with Selene of Celine Concierge who came to Paris after studying cinematography and never left. She’s had quite an eclectic freelance career while living in Paris affording her a wide variety of experiences, exactly what you would need for a local tour guide, especially for the 5th arrondissement where she lives. I was thrilled that she accepted my invitation to share all her favorite local spots and things to do in the 5eme.

She has a beautiful blog that I invite you to explore, and bonus, she’s got an ebook called The Ultimate Paris Survival Guide coming this Spring!

Favorite thing about the 5th arrondissement.

Oh, how I adore the 5th! I love that being in the 5th arrondissement is like being in your own little village tucked away inside Paris. It’s both charming and rustic and full of history! You can find lively parts as well as secluded parts of this neighborhood that help you get lost in the soul of the city.

It comprises the Latin Quarter, which is an area known for its university students as well as intellectuals. You will find tranquil streets leading off from the bustling areas as well as quaint cafes and bars filled with locals.

It is without a doubt, one of the hidden gems of Paris and a must-see for first-time visitors as well as returning travelers!

Hmmm, this is a difficult question to answer! I mean you have everything that a local living in Paris would need in the 5th, you have some really nice monuments like the Panthéon, spacious parks like the Jardin des Plants, as well as Michelin 5-Star restaurants like La Tour D’argent while also having great street food and meals under 10 euros all in the same place.

If I had to pick something I would argue that some people may find it challenging to move around in the 5th if you’re traveling on foot. The 5th has many small streets, often covered in cobblestones, so if you’re not on a scooter or walking, it could be a challenge to move around quickly.

Getting around by car may be more challenging in this neighborhood than in others around Paris. You either stick with walking or biking or have to depend on public transport, but I would rule out the car unless absolutely necessary.

What differentiates the 5th arrondissement from all the other parts of the city?

I would say that it’s a great mix of residents and tourists. Besides the popular, humming streets like rue Mouffetard and near Place Saint Michel, the 5th is overall a quiet and peaceful neighborhood. You will find more locals here than you would in other arrondissements that are overflowing with tourists.

The 5th is really for those who want to wander and discover the secluded parts of the city. It’s also a great district to walk around in or see by bike, one of the positives about the 5th is that no big boulevards run through it, so you experience an intimacy that you don’t in some neighborhoods because you are right in the heart of the city.

Favorite coffee spot in the 5eme.

It’s so difficult for me to choose just one! Can I pick my top 5 for the 5th? I love, love, love coffee so you know I’ve tested out most of the coffee shops in the 5th!

My tops are: Strada Café (Cardinal Lemoine), Dose (rue Mouffetard), Nuage Cafe (which doubles as a co-working space), Le Loulou which is a fantastic bunch spot as well, and of course Shakespeare and Company, you are sure to get great coffee and a nice view of Notre dame from this lucky spot! Others I’ve heard are great are Jozi Cafe, Nuance Café, and Plus82.

The 5th has such a diversity of bars and restaurants, so you are sure to find something that is upscale as well as modest.

For a more lavish time, I recommend the Hotel Monte Cristo’s bar and lounge for cocktails and drinks. If you’re a lover of craft beers, don’t miss the Brewberry bar à bières (rue du Pot de Fer, near Rue Mouffetard). They feature an excellent selection of quality craft beers from lagers to malts to IPA.

Otherwise, if you want to take it easy for the night, any bar or cafe is worth stepping into on and around the Place de la Contrescarpe as well as Rue Mouffetard and Rue du Cardinal Lemoine. This whole area is very lively during the day and after-hours, too!

When friends or family come to visit, I never miss the opportunity to take them on a walking tour around the Panthéon and its neighboring streets. We pass by the Place Monge open-air market if we catch it early enough then head over to La Grande Mosquée de Paris. It’s a cozy place to unwind with un thé à la menthe (homemade mint tea) and Arab and middle-Eastern desserts, especially if it’s chilly outside.

If there’s time, I’ll take them for a stroll through the Jardin des Plantes and even pop into the Arènes de Lutèce. The latter is an ancient Roman amphiteatre that is really neat to check out – I’m not even sure many Parisians know about this hidden gem.

Hands down Le Loulou – it’s an Aussie-inspired restaurant and cafe. It’s one of my favorite breakfast and brunch spots. From the fresh-pressed juices to the delicious coffee choices to the beautifully presented burgers, sandwiches, and egg dishes, you won’t’ be disappointed to try Le Loulou for yourself.

It’s so hard to choose a favorite when you have such a great selection of food from all over the world! From Ethiopian food (Restaurant Godjo) to Greek (Au P’tit Grec) to home-cooked Chinese food (Chez Ann), you get such a diversity of flavors in the 5th! You really have to go with the food craving that you’re feeling in the day in order to choose where to go!

As you can see, I have a hard time choosing my favorites! If you want to go out on the town for an extravagant meal, definitely try the Michelin-worthy Greek restaurant Le Mavrommatis. It’s on the pricey side, but well worth it! For a gastronomical experience, you have Flocon (rue Mouffetard), which is a néo-bistro, or a contemporary French restaurant led by the new generation of young restaurant owners serving up colorful and delicious meals. For a low-key dining experience, I would recommend Mimi Ramen for delicious Japanese-style homemade ramen.

As a film major and film buff, I love to point out famous streets or spots filmed in movies/TV shows. My tops ones are Place de l’Abbé Basset, the magical steps of the church that take Gil back to the 1920s in Midnight in Paris. And more recently, Place de l’Estrapade, the square leading to Emily’s residence in Emily in Paris.

Another great suggestion from Brian, the owner of The Abbey Bookshop in the 5th is:
I take my guests up the hill, following Abelard’s move (he is the father of the Latin Quarter!) from the Abbey Bookshop up to the top of the Montagne Ste-Genevieve (by the Pantheon, showing them what is left of the 60 medieval colleges that made up the University: parts of only 4 of the colleges remain, but they are stunning: especially the only surviving medieval college chapel, a miniature Sainte Chapelle (after all, they both had the same architect!): the church, now a Romanian Orthodox cathedral, on the rue de Beauvais (formerly the Collège de Beauvais).

Other great spots in the 5th arrondissement curated for you:

You can connect with Selene on  Instagram, Facebook, Twitter, Pinterest, and of course on her site, Celine Concierge. Don’t forget to check out her upcoming ebook, The Ultimate Paris Survival Guide coming this Spring!

How about you? Do you have any 5th arrondissement additions? Have you been to this area of Paris? Did you find this post helpful for a future trip?

For a visual summary of this post, check out my 5th Arrondissement web story! 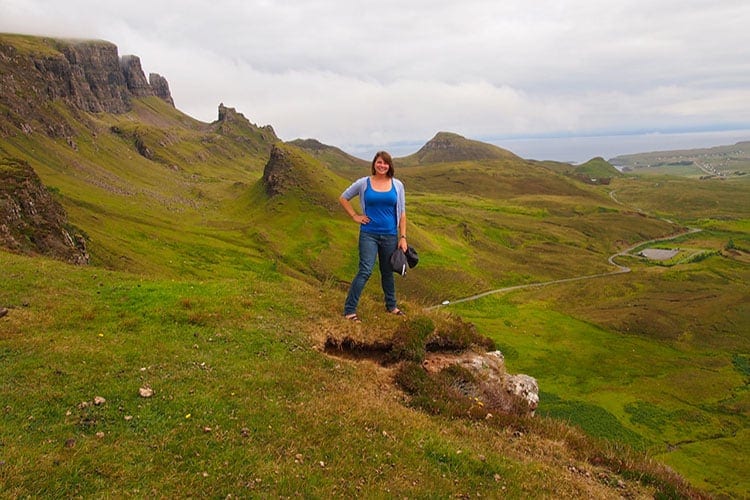 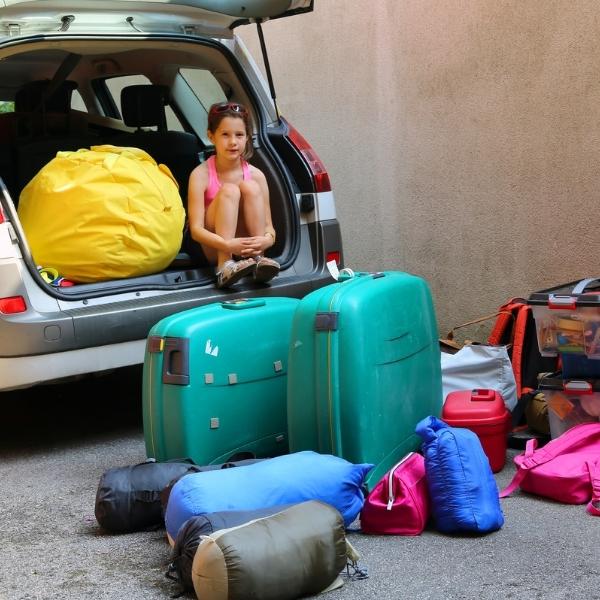 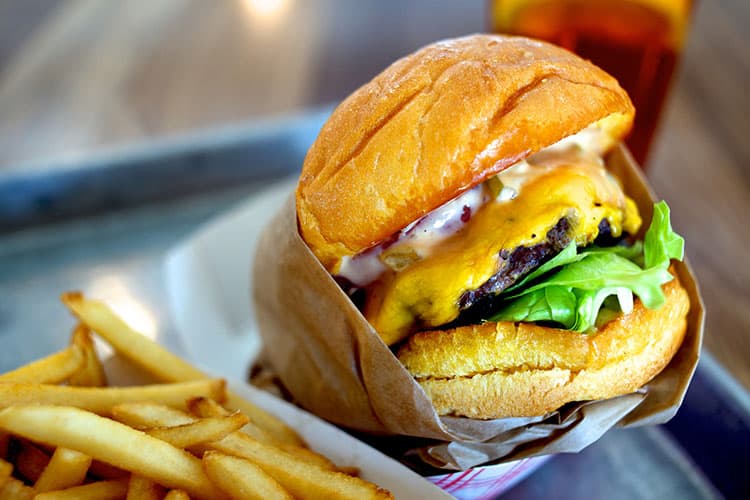 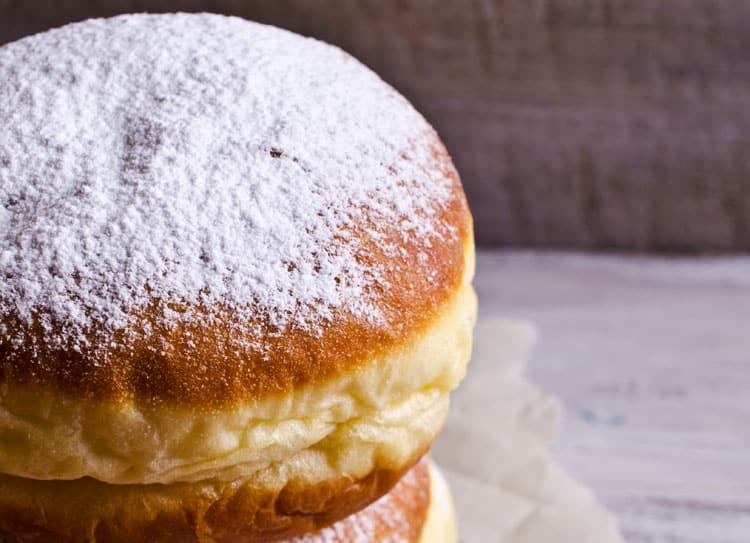 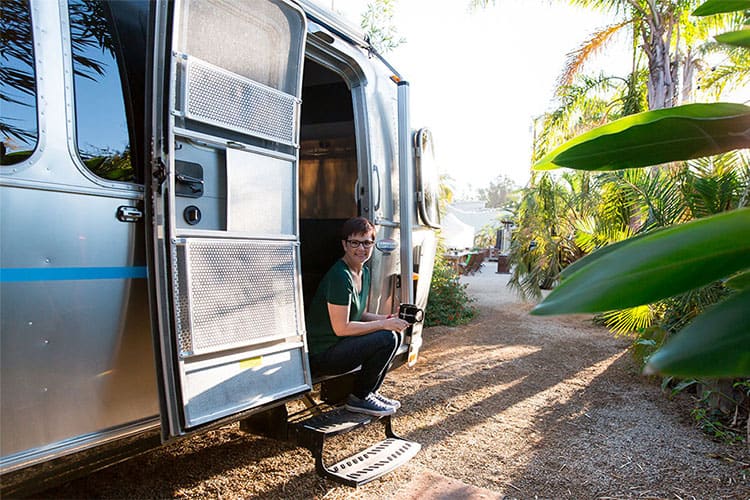 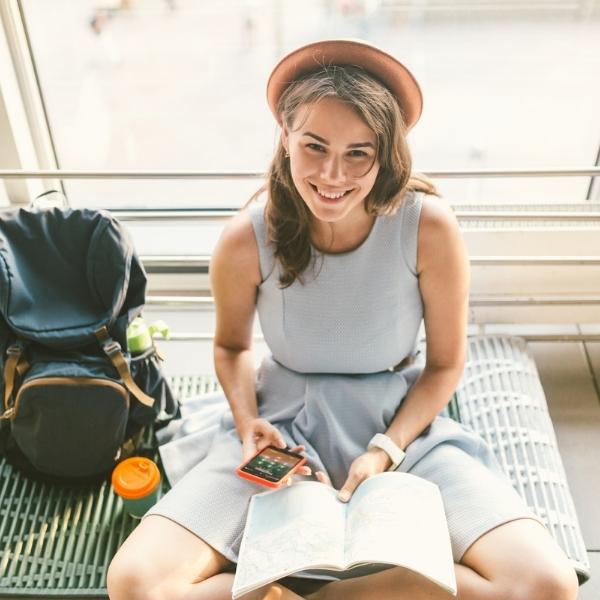