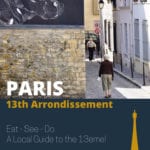 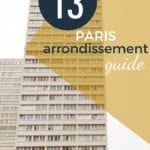 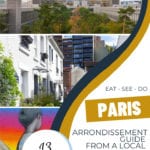 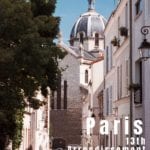 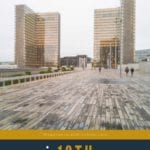 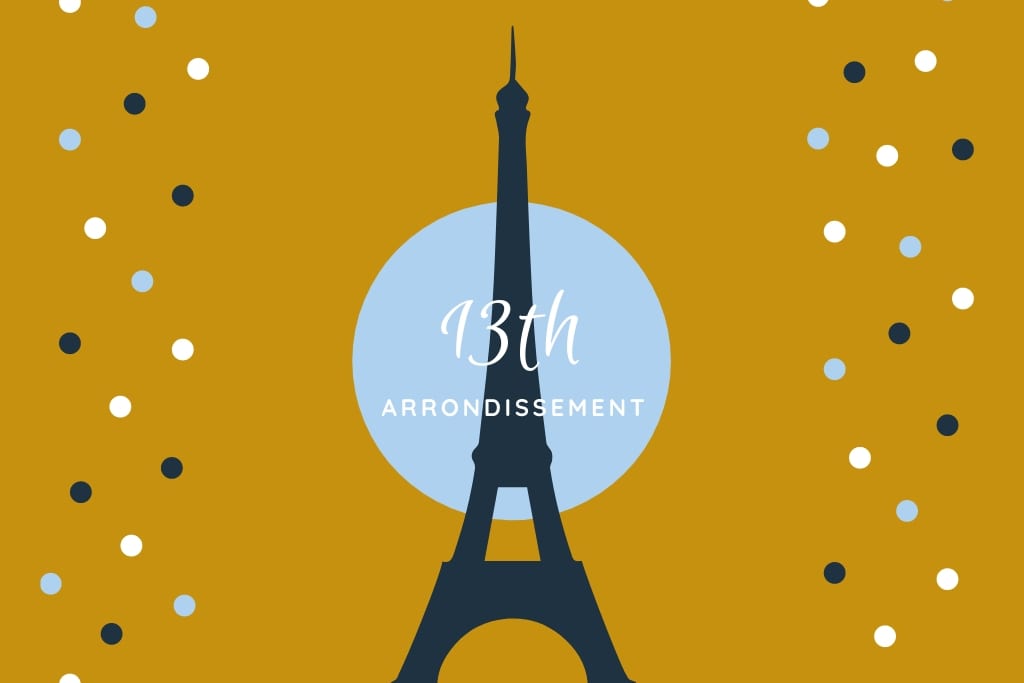 So happy to bring you a new edition of Paris Profiles this time a guide to Paris’s 13th Arrondissement from new friend Lena of Salut from Paris. The 13eme is known for its Asian flair as it is home to one of Paris’s Chinatowns, but also has an impressive amount of other Asain cultures like Thai, Cambodian, Vietnamese and more. I was super excited to connect with Lena because truth be told, I have not spent a lot of time in the 13th, just here and there.

Given that I lived in the San Francisco Bay Area for close to 30 years and enjoyed the fruits (okay, dimsum) of the large Asian culture combined with my own trips to China, Japan, and more, I just never felt the need to eat or shop in the 13th. However, now that I am no longer living in California, nor traveling as extensively to Asia, I will be seeking out the 13th for restaurants and more on my next visit to Paris!

But the 13th also has a rich history of innovation, textile, and artistic endeavors. It escaped Baron Haussman’s transformation of a Paris with grand boulevard’s so it’s streets still retain a village-like atmosphere. It has interesting architectural variety as well influenced by a lot of artists over the years.  It is definitely one of the more unique arrondissements and I am so glad we have Lena to show us around! 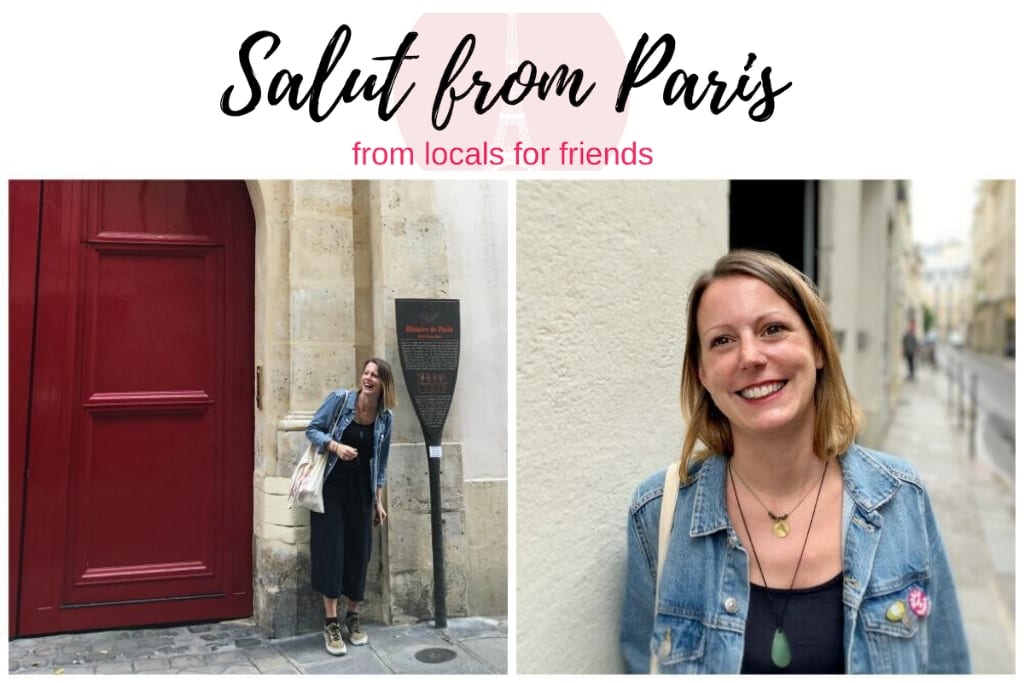 [1] Favorite thing about the 13th arrondissement.

The thing I love most about the 13th is the diversity and the lively spirit. Even though it’s a rather residential area, it has a very diverse and colourful flair.

Around Place d’Italie with its high apartment buildings, you find the biggest Asian community in Paris. And with it comes Asian supermarkets, knick-knack stores, food stalls, New Year’s parades and of course amazing restaurants.

My second favorite thing in the 13th is the Butte-aux-Cailles. It’s a hilltop neighbourhood famous for its little bars and restaurants, cute cobbled stone alleys, and some of the nicest street art of Paris.

Even though this applies to most areas in Paris, it can become insanely full in the 13th. Especially around lunchtime on Sundays when everyone is heading to the restaurants!

[3] What differentiates the 13th arrondissement from all the other parts of the city?

Definitely it’s diversity and contrasts. Apart from the Asian community and the Butte-aux-Caille hilltop neighbourhood, the 13th has a 3rd, very distinctive quarter, the BnF. The area around Bibliothèque Nationale de France has few in common with the usual Paris city scrape. With its glass buildings and modern architecture, you could believe you’re in New York rather than in Paris. 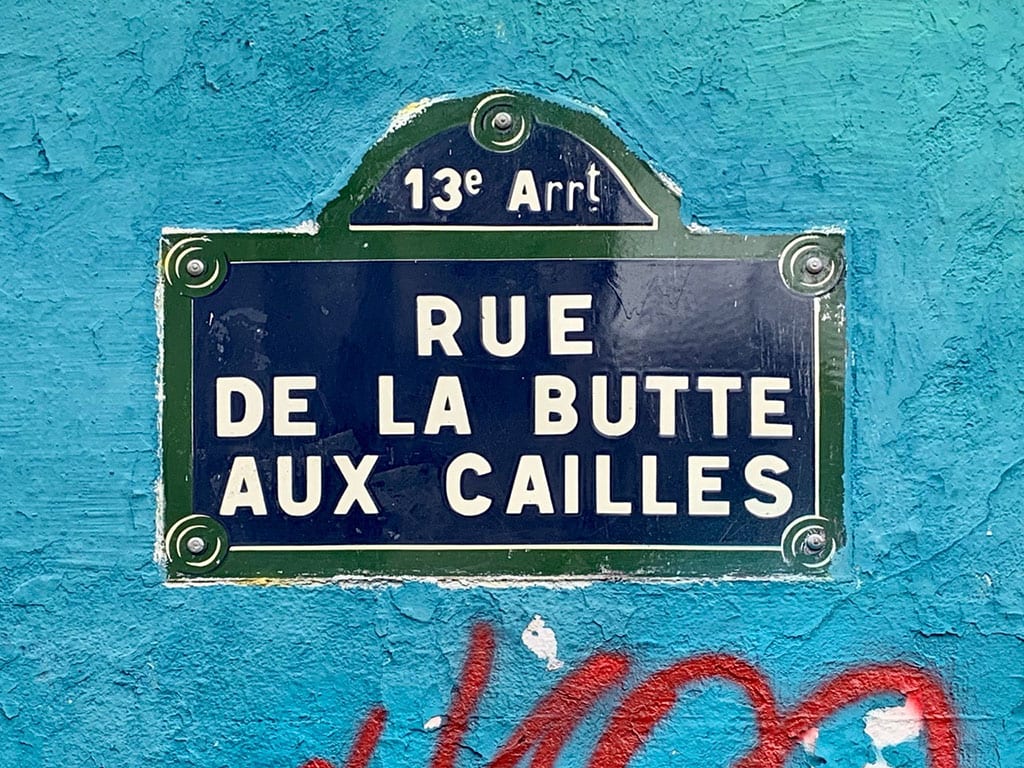 Not directly a coffee spot, but very much in the spirit of the Parisian Asian community: Boba Tea + Coffee. It’s my favorite place for Bubble Tea in Paris. For sitting down on a terrace, I like Chez Nénesse. It is nothing really special but I love the location – just on a little intersection in the heart of the Butte aux Cailles.

[5] Favorite spot for drinks in the 13th arrondissement.

I love the L’Age d’Or. It’s a very quirky place that gives you the impression to sit in your grandmother’s kitchen. They often host concerts and exhibitions and the beer is rather on the cheaper side considering Paris’ average.

The Butte aux Cailles is the go-to place in the 13th and the place where most locals head to when going for drinks. A good local address is also the new quarter of the 13th, around Bibliothèque or just my favourite bar: L’Age d’Or!

I always struggle a bit with breakfast in Paris – most Parisians simply sip a coffee and have a croissant, if at all! However, my favorite bakery for Viennoiserie is the Huré Bakery on Place d’Italie. Another good address is also Felicità – an Italian Food Market with an excellent coffee bar!

My all-time favorite lunch spot in the 13th is very simple: Tang Gourmet on Avenue de Choisy.  It is basically an Asian deli with the usual items on the menu: Chicken Sweet Sour, Fried Rice, Spring Rolls… but they make the BEST Bánh mì in Paris. I recommend taking this Vietnamese Sandwich with beef and lemongrass (boeuf citronelle).

For sitting down, I love to go to Felicità. The Italian food market – that is also good for breakfast – serves excellent pizza and pasta. Oh.. and the salads!

There is only one: Lao Lane Xang 2. This Thai restaurant is even mentioned in the Guide Michelin and is my go-to address when craving Thai food!  Their crispy rice salad is divine!

[10] One thing you always do/spot you always take friends from out of town to do/see in the 13th Arrondissement.

This question is very easy to answer as there is a routine in place when someone visits me for years: For first-time visitors it’s lunch at Lao Lane Xang 2, followed potentially by a pedicure at Miss Saigon and a Bubble Tea from Boba Tea!

Or we just grab a sandwich at Tang Gourmet, head over to the Butte aux Cailles for a walk, and finish by the beautiful Square des Peupliers.

Other great spots in the 13th arrondissement curated for you: 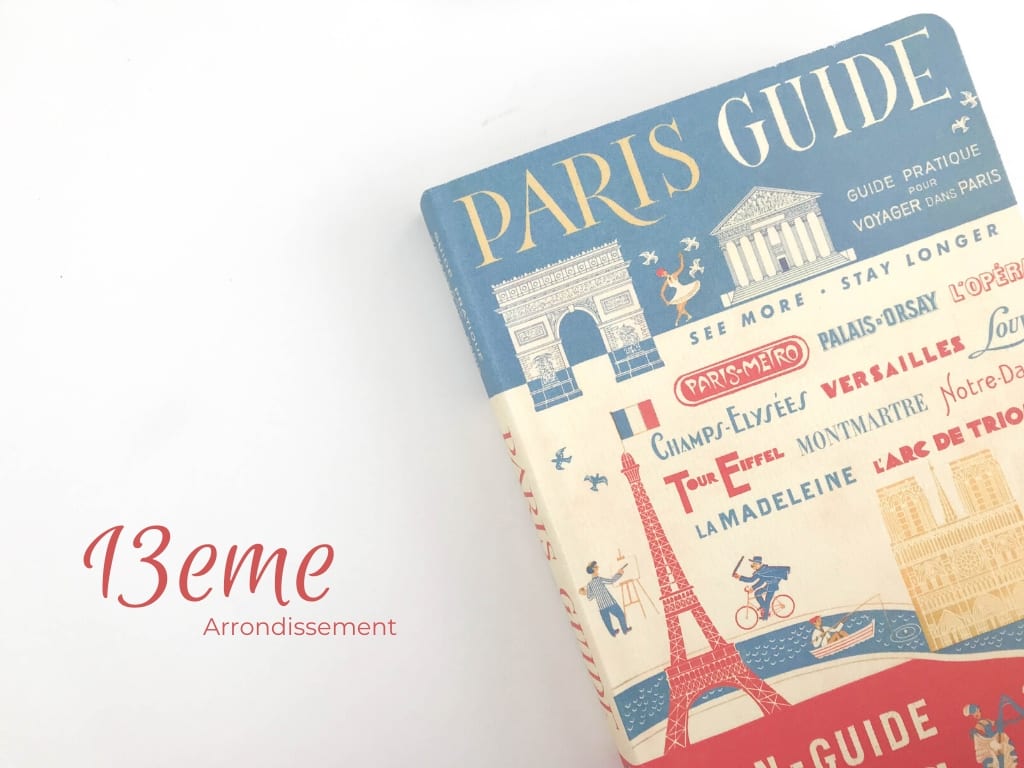 How about you? Do you have any 13th arrondissement additions? Have you been to this area of Paris? Did you find this post helpful for a future trip?