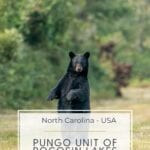 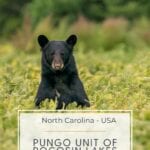 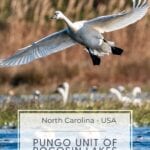 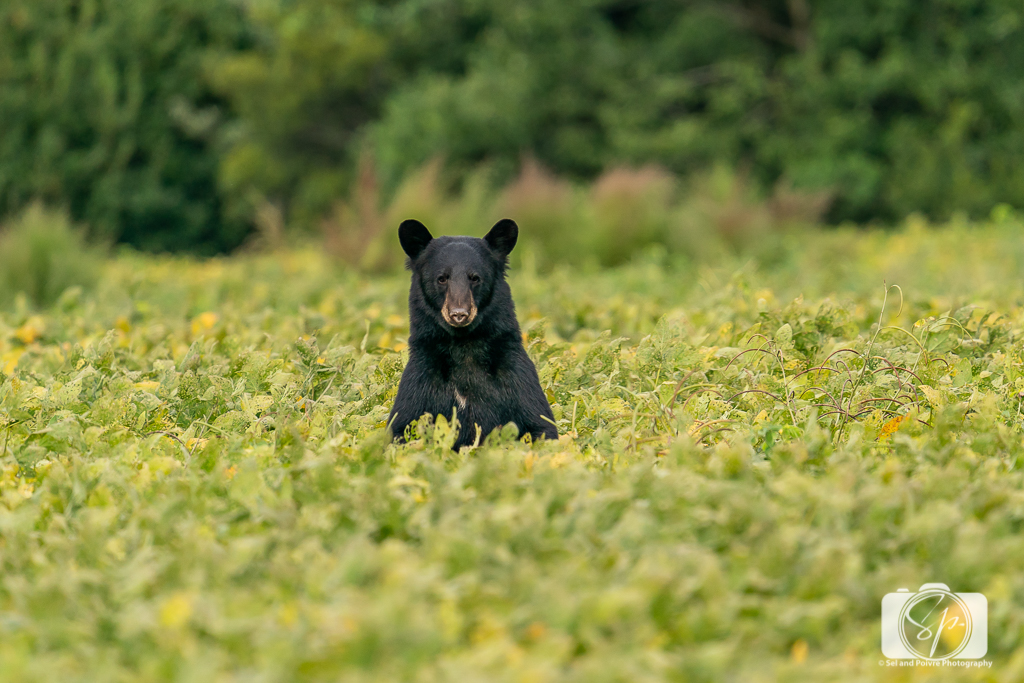 Recently I wrote about a very family-friendly spot to see bears in North Carolina. Today I am sharing what I think is the BEST spot to see them. It is a little more remote, meaning it is not on the way to the Outer Banks although it is not too far away. No, if you are heading to the Pungo Unit of Pocosin Lakes National Wildlife Refuge, it is because you want to see bears and other wildlife. It is a destination, not a stopover.

Once again, the best place to see bears in North Carolina is NOT the Great Smoky Mountains National Park but rather this refuge located in a region where the highest concentration of black bears in ALL of the United States lives! The Pungo Unit is located within the Albemarle-Pamlico Peninsula in Eastern North Carolina. There are an estimated 8,000 bears in this area. Mr. Misadventures and I have been there together over a dozen times (and Mr. Misadventures has been there solo tons more, he visits nearly every week). During those trips together, we have only not seen a bear once.

And of course, there is PLENTY of other wildlife as well. In particular, over 100,000 tundra swan pass through here on their migratory paths in January and February. Plus there are lots of other bird species along with river otters, deer, turtles, and more.

The Pungo Unit of Pocosin Lakes NWR is a 12,350-acre plot of land dedicated to providing a safe haven for migratory birds and waterfowl.

You will notice I didn’t say bears. More on that later.

What can you see at the Pungo Unit of Pocosin Lakes National Wildlife Refuge?

There is something to see in Pungo all year round. We’ve lived in Raleigh for one year now and have been every month. 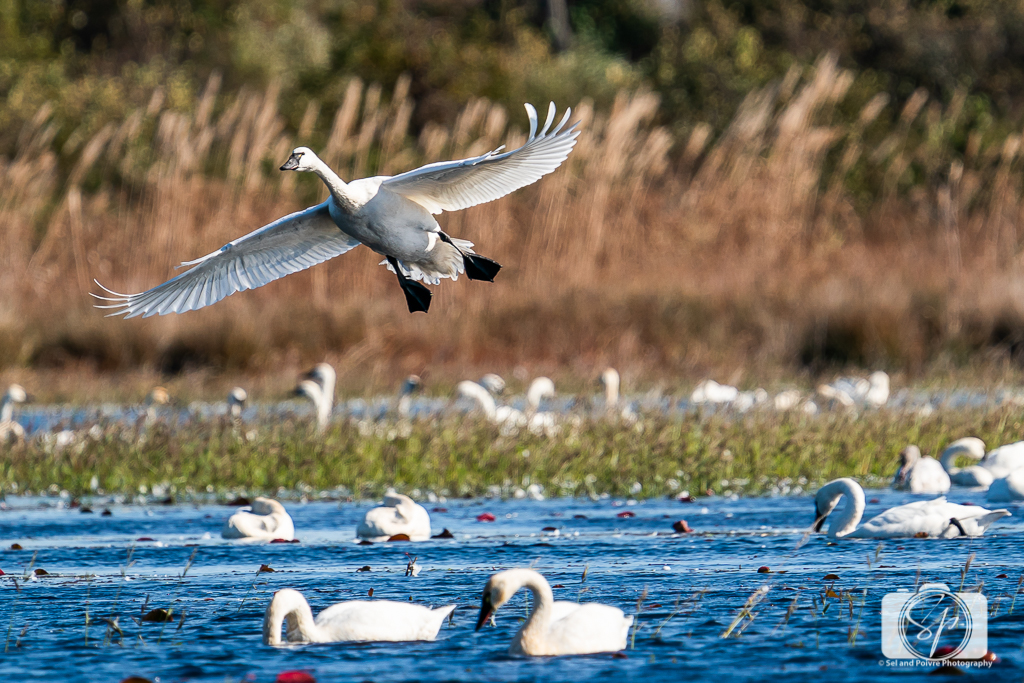 Check out the Birds

I would argue that the tundra swans are one of the most beautiful species to spy. They can grow up to a staggering 52 inches tall with an extremely large wingspan. However, they tend to be more on the nervous side. So, when you’re viewing, just be quiet and calm; you’re bound to get some amazing pictures with a long lens!
Tundra swans are usually seen in huge flocks here. Whether it’s on the fields or the various ponds, they’re usually chilling. (Although, if you watch them for long enough, you’ll start to see some fights breaking out!). Oh, and they are LOUD! 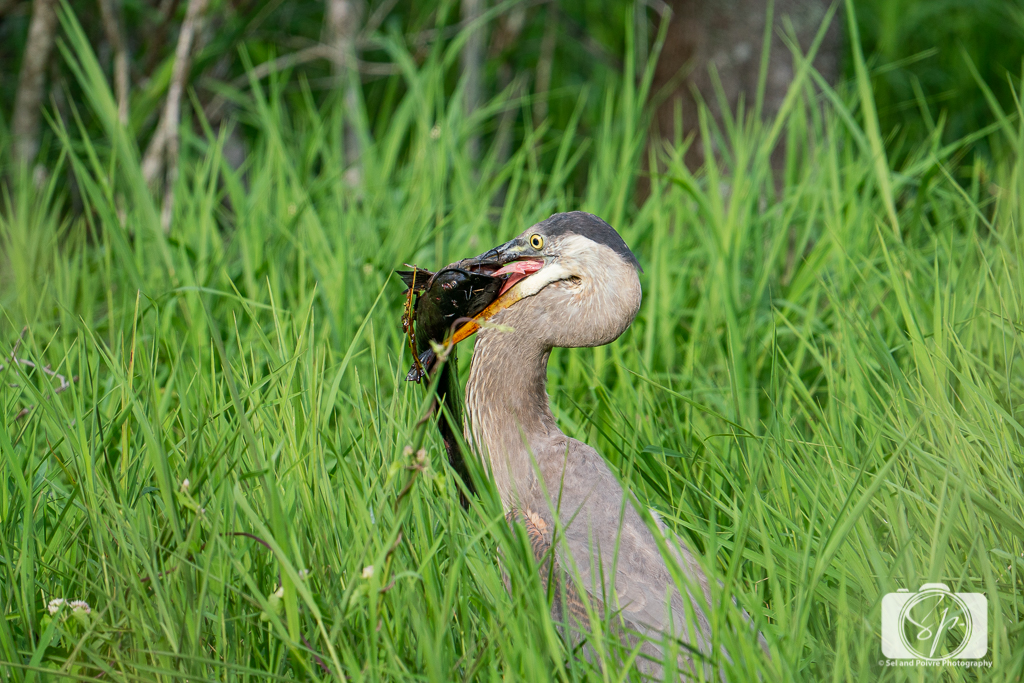 The roads through the refuge form a grid pattern and during the winter when all these wonderful birds are visiting the refuge the inner roads in the grid are closed. You can park and walk, but you will not be able to drive through.

For the rest of the year, the birdlife is on “rotation.” There is information about the various bird seasons (along with other wildlife) on the refuge’s website. 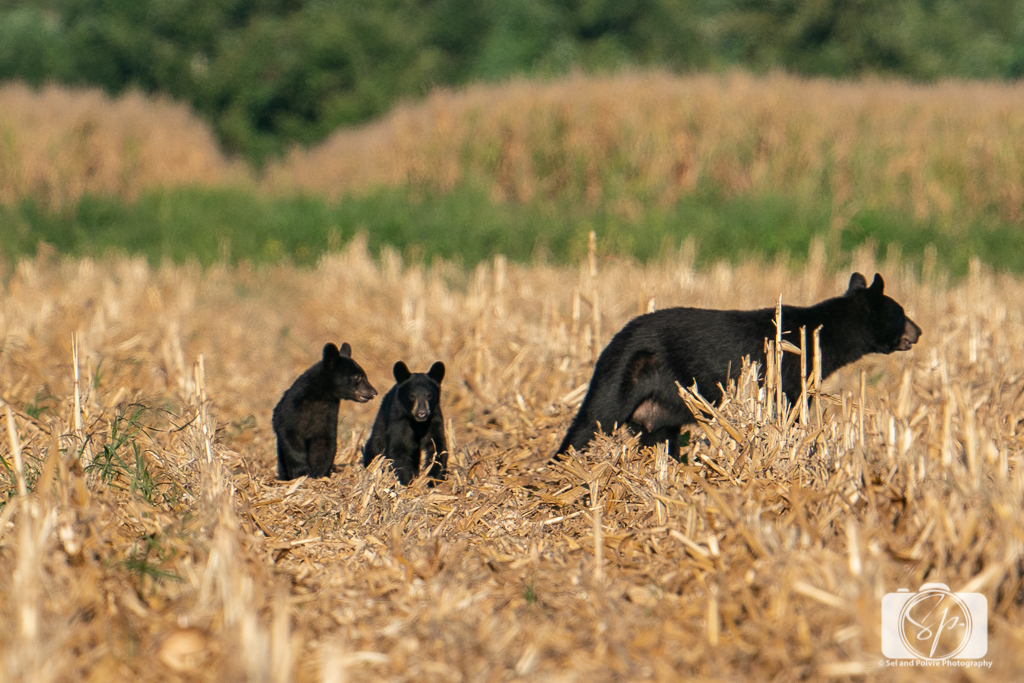 As for the bears, you can see them all year. The refuge is surrounded by acres upon acres of forest. This, as well as the crops growing around it, make for a very bear-friendly habitat. Typically, they avoid humans but you still shouldn’t startle them. After all, they are the kings of the forest!

In the winter, they are dormant, but they are still out and viewable in the morning until about 10 and at sunset (they are actually more active at night). In the spring, moms with cubs emerge (so be careful, mommies can be dangerous!). You can see the bears through most of the day, although early morning is still the best. Through the summer they much a lot on the crops leading up to the fall when the harvests take place and the fields become a smorgasbord to them!

You can see them from the road if you want, they are visible with the naked eye and binoculars are handy. We often spot a bear, parked, and then follow (at a distance of at least 25 yards) on foot. You can also walk on trails or through the forest. The bears have dens in the forest and also hang out in the trees. They eat berries, soybeans, and peanuts (plenty in Eastern NC). A portion of the land on the refuge is designated cropland. Cooperative farmers cultivate the fields and a portion of the crops are left for the animals, including the bears. So your best chance of finding bears is near the fields. Depending on the season, the bears will be easier to spot than at other times (for example right before they harvest the crops the bears are nearly impossible to see unless they pop their head up – which they do!). 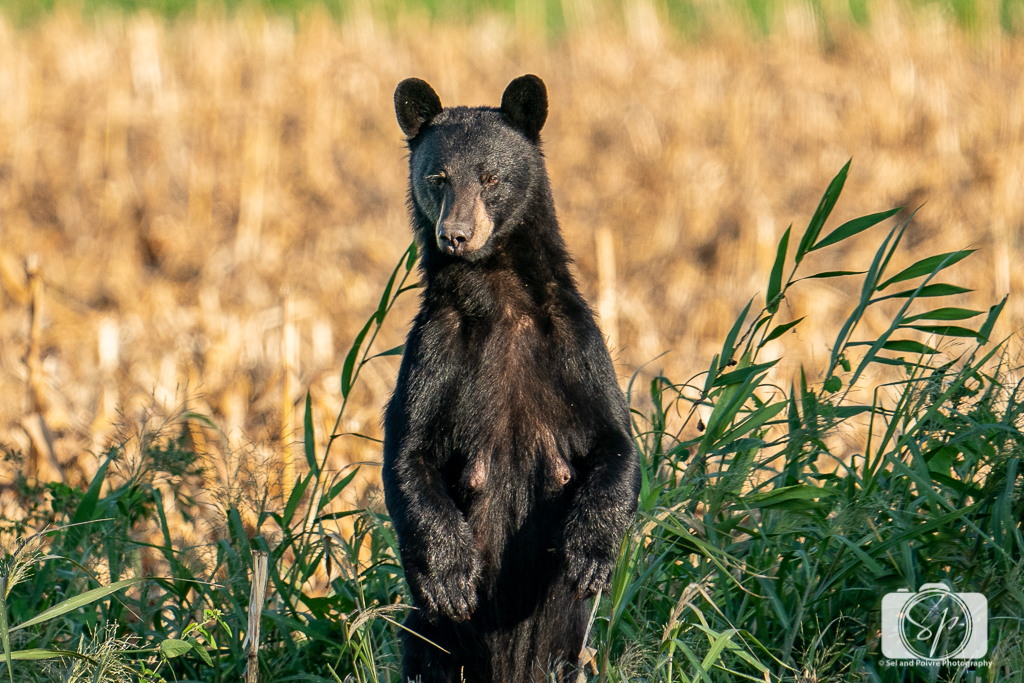 I feel like I can’t write about Pungo without shining the spotlight on the dark side of the life of a bear in this area. The refuge is a very sacred place to the Misadventures family. Since our first encounters with bears in the Grand Teton National Park and Yellowstone National Park, we have been enamored by finding bears in the wild. We liked bears before, Mr. Misadventures identifies with lots of bear “characteristics” and if I get hangry, watch out. We have bear things in our house and have always appreciated them. Seeing them in the wild is very spiritual for us. We knew when we moved to North Carolina that we would see them in the Great Smoky Mountains National Park but had no idea that 3 hours from Raleigh we would be able to see bears all the time.

However the more we explore this refuge the more we have learned about it, or rather the surrounding area. And by writing about it, maybe one day there will be a call to action to stop the practices that needlessly kill these bears. Granted 12,350-acres is a lot of land, but surrounding that land is 100,000-acres of private hunting land. I not fundamentally against hunting, I know that is often needed to control populations, that it can be an enjoyable sport, and as a meat-eater, I have no leg to stand on, but after meeting several local visitors, photographers, bird watchers, fishermen and hearing their stories a pattern has emerged. Local bear hunting guides get $8000 to help a “New Yorker” (their words, not mine, it is likely the hunters are just “northerners”) hunt a bear. The guides illegally bait the bears or harass them with dogs to lure or chase them off the refuge. Often the bear is “not big enough” for the hunter and the bear carcasses are dumped in the canals (again illegally) in favor of getting a bigger male.

As the area in Eastern North Carolina is rural and there is very little work. Local guides can make a good chunk of money in a short period of time following these illegal practices, so there is zero incentive to stop. There have been stings in the past to stop this, but it still happens. And it breaks my heart. 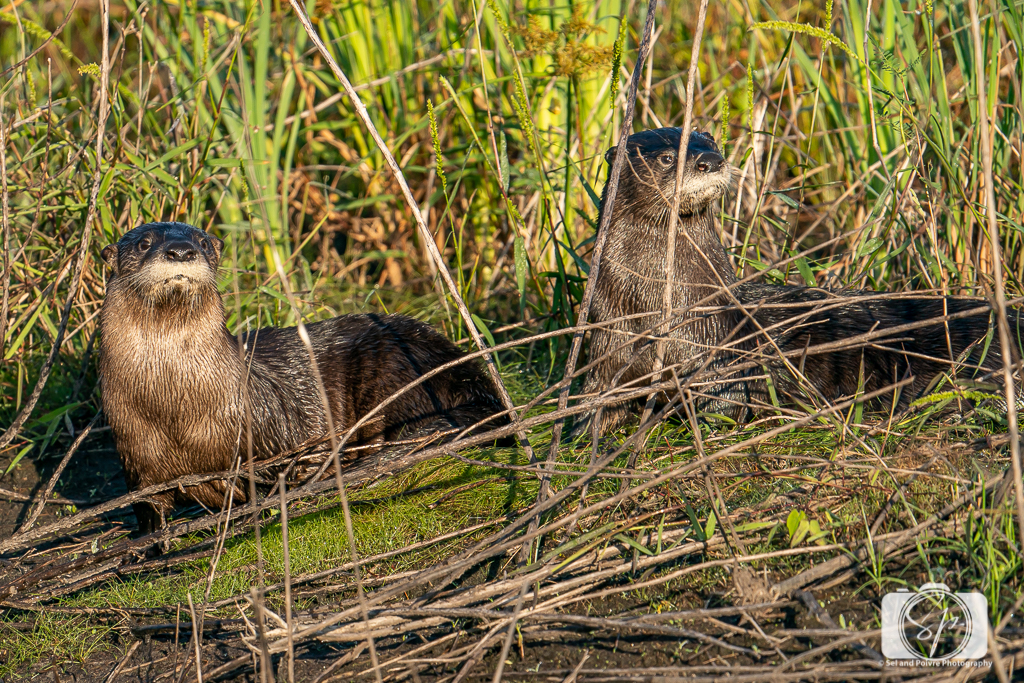 There are plenty of turtles in the spring and summer, we found fewer of them in the fall unless it is a sunny day and I didn’t see any in the winter. The river otters are way harder to find. You have to approach by foot and be willing to walk a long way to follow them, but we have seen them in the summer and fall.

I suggest that you try to get down to the Pungo Unit before the sun rises or late afternoon towards sunset to get shots of the wildlife. Sometimes it does get busy around dusk, the locals seem to all hop in their trucks and take a sunset ride to catch the bears heading for the fields. But don’t let that stop you from witnessing the magic. We’ve seen it get a bit busy during the weekends in winter when folks come out to see the swan, but it is NOTHING like the crowds you may get on the Outer Banks for the mountains. 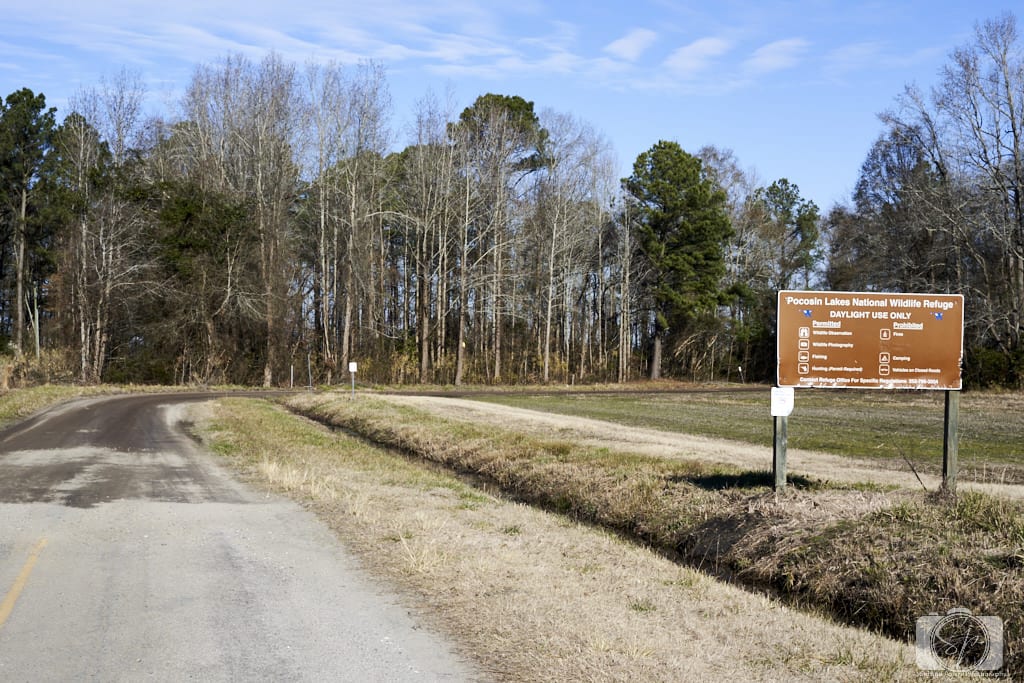 All the Recreational Opportunities

A pocosin is freshwater wetlands with sandy peat soils. A swamp or marsh. The word comes from the Algonquian Native American language means “swamp on a hill.” They have forests that sit on top of these marshes which makes it more interesting to access than tromping around in a swamp! The Pungo Unit has a lot of trees and canals and makes for a fabulous spot to table in hobbies such as bird watching and wildlife photography. There is simply an endless amount of interesting species to discover! Year-round bear watching and winter waterfowl observation are the two most popular pastimes enjoyed here. But of course, there is plenty of bird (and even snake) species to go around. Seriously, you won’t be able to tear yourself away from the sights long enough to even think about going home!

We like to head to the observation platforms that give us views of Pungo Lake (it is a great spot for lunch). We’ve also walked up Duck Pen trail to the blind that was constructed for viewing the wintering birds. Word of caution, there are a TON of wasp nests, not such a big deal in winter, but terrible every other season (I am not sure why the folks that maintain the refuge don’t keep them out of the blinds!).

Where is the Pocosin Lakes National Wildlife Refuge Pungo Unit?

The Pocosin Lakes National Wildlife Refuge stretches across several counties: Hyde, Washington, and Tyrrell. From the Raleigh area, we take Highway 64 (just like you would for Alligator River). Once you arrive in Plymouth, you take a right onto NC-32 South (there is a Shell station on this corner).

Note: There are NO facilities in the refuge, so if you think you will need a bathroom stop, stay on 64 for about another mile as there is a rest area with very clean restrooms. Stop there and head back the way you came on 64, and turn left onto NC-32 South. In about 5 miles, turn left onto NC-45 S/NC-99 S. Continue for 11 miles and you will come up to a sign on the corner for the refuge. 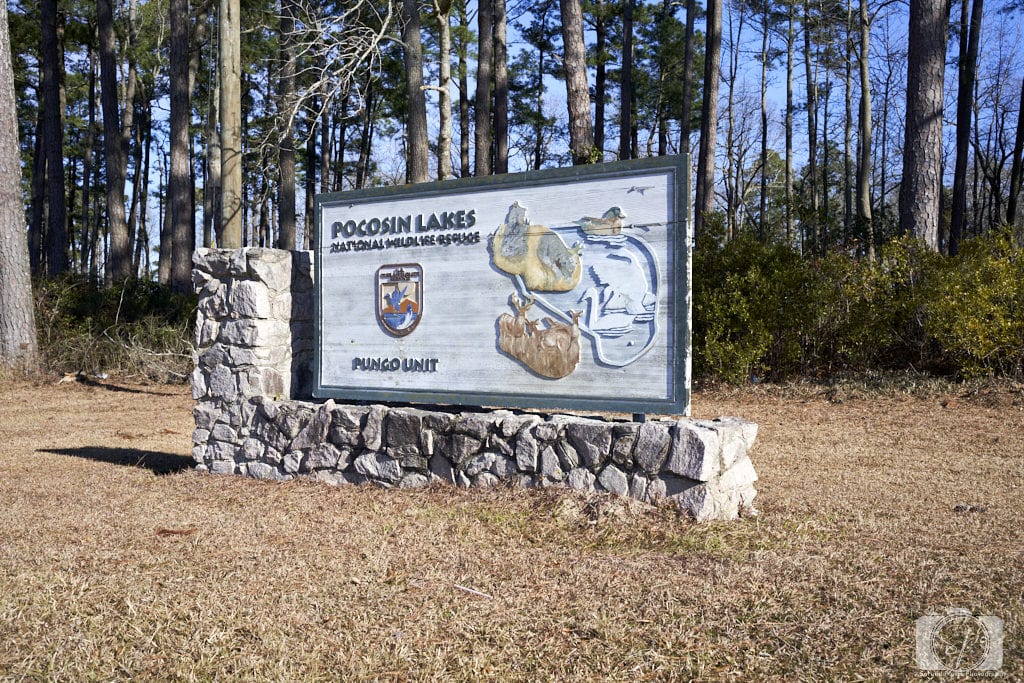 From here you have 2 choices. Turn left onto Pat’s Road. You’ll pass some farmhouses that then turn into fields that then become the refuge. Or go straight onto Refuge Road until you come to Van Staalduinen Road. Turn left. You’ll pass a refuge maintenance office and then fields and the refuge.

In summary, how to get to Pocosin Lakes National Wildlife Refuge Pungo Unit

There is an official map (pdf) that does a pretty good job of indicating the roads.

Here is our map (from Gaia) of the roads and grids: 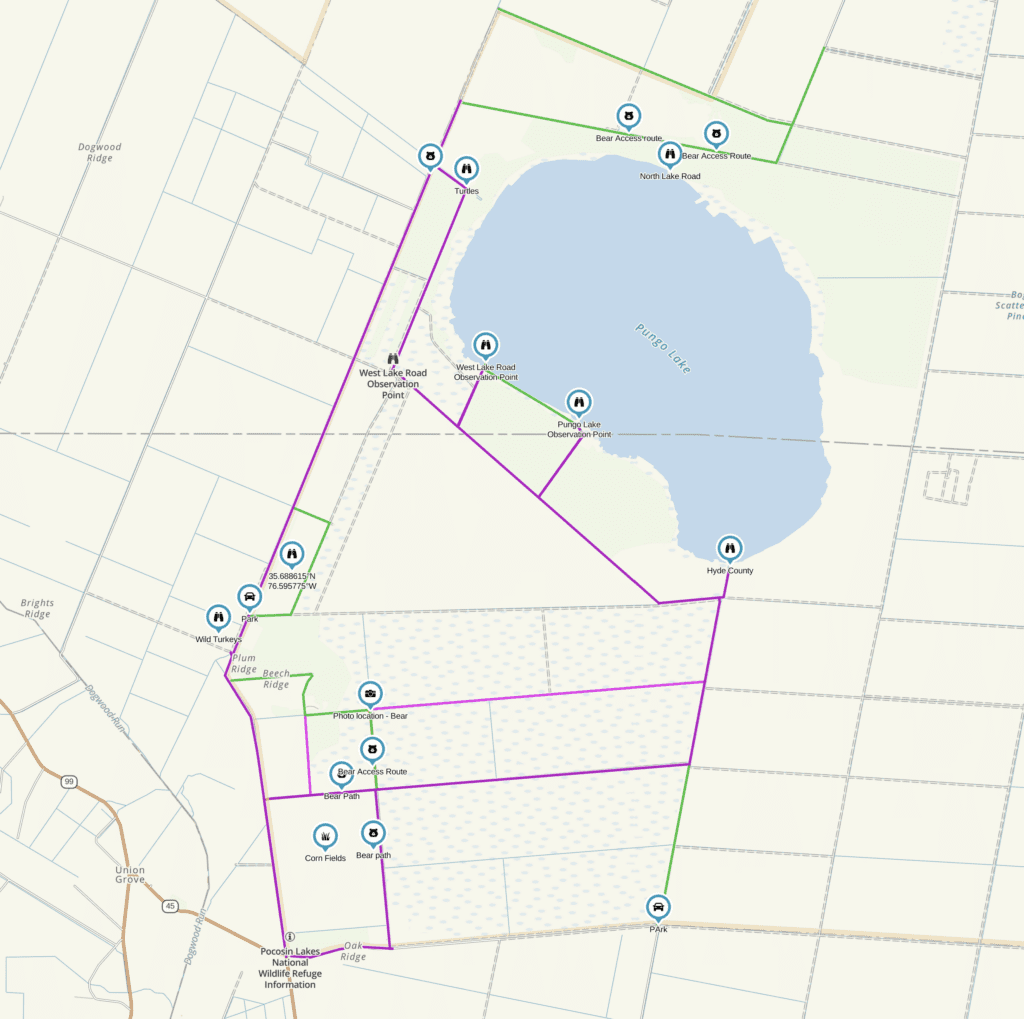 The main roads are accessible by any type of car, but the inner roads may be inaccessible in wet weather unless you have a 4×4. 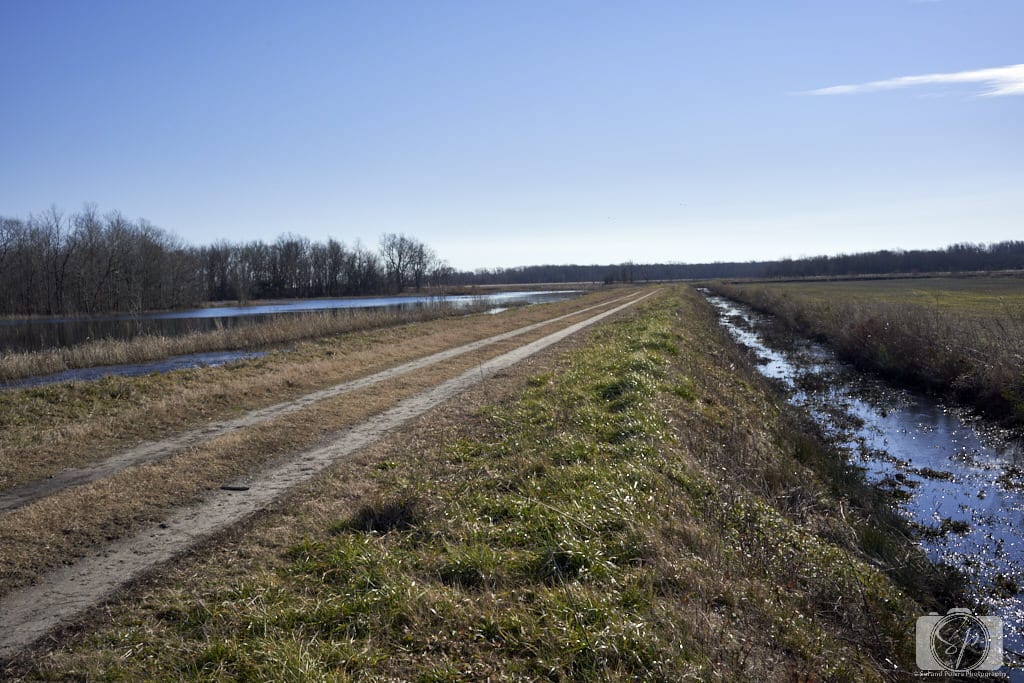 There is no food or restaurants once you pass Plymouth so consider packing a picnic (which is what we do) or eating before you arrive. There are no parking areas and you will be stopping or parking on the side of the road. There are also no trash cans (logical) except one at the entrance, so be prepared to pack your trash out. 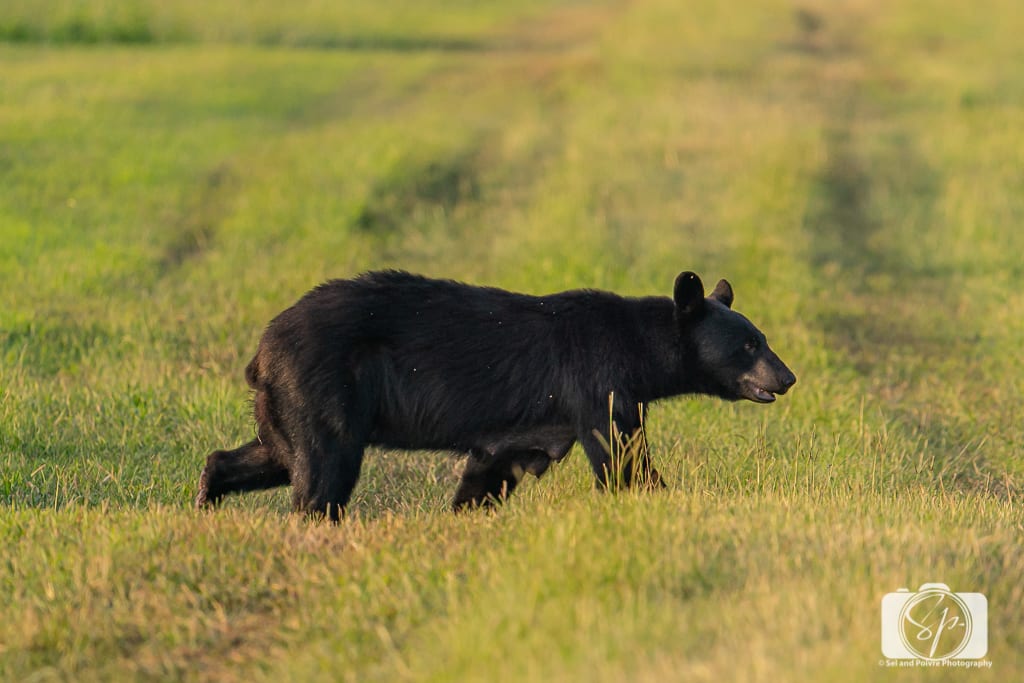 Now you are all set to go see the bears!

How about you? Have you been to the Pungo Unit of Pocosin Lakes National Wildlife Refuge? If yes, I’d love to hear about your experience! If not, have I enticed you to check it out? Do tell!

For a visual summary of this post, check out my Pungo Unit web story!