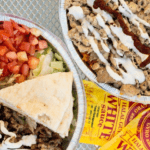 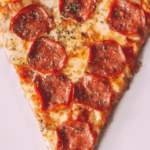 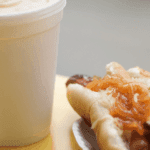 Many people dream of living in New York. Sex and the City has influenced many lives more than we can imagine…To walk its streets full of different people pretending to be terribly stressed, with one mobile in one hand and a huge coffee in the other. Or to eat a sandwich sitting on a bench with an Armani dress and at night order Chinese food on my way home.

And while I am as big a Sex and the City fan as any, all I want to do when I visit New York is eat street food!

Eating on the street has become almost a national sport in New York and the truth is that the locals have an ability to do it better than the rest of the world. Maybe the street stalls don’t offer the healthiest dishes in town. However, any traveler can’t miss the opportunity to try a real hot-dog or a famous bagel during their visit to the city that never sleeps.

There are a ton of food trucks and street carts and walk-up shops, the street food scene in New York is phenomenal, the ones I am recommending are pretty old school and have been around for a long time. They will make you feel just like a New Yorker! 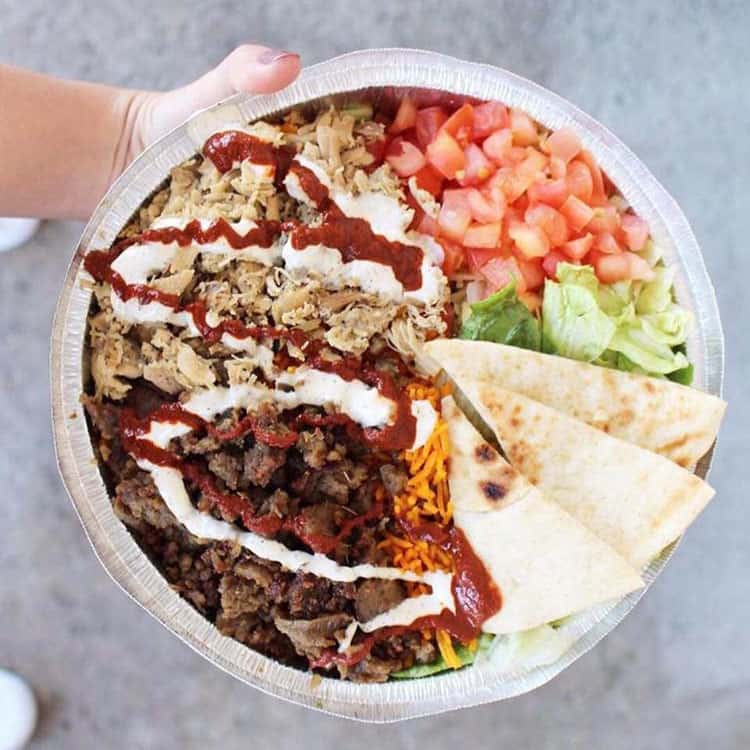 I put this one first because it’s my favorite New York street food. These carts sell a platter of gyro that is to die for and I will often get it several times on any trip. They have several locations in the city, the one I mainly go to is at 53rd and 6th Ave in Midtown (it’s the original). They now have carts in San Francisco and Seattle! 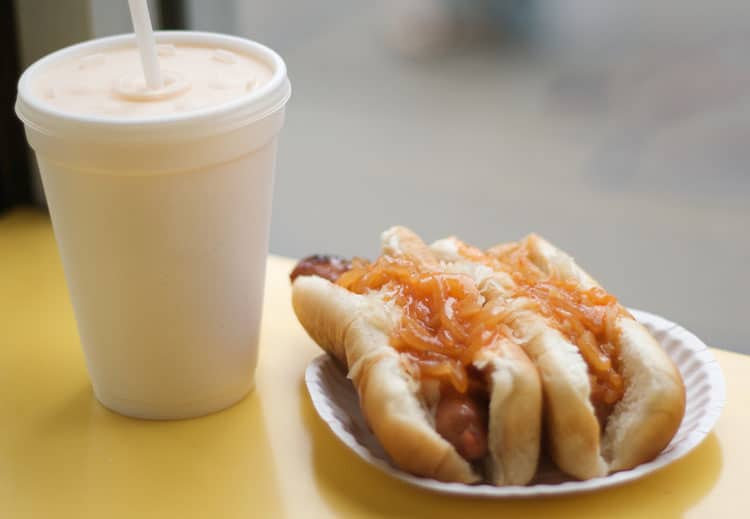 This is a hot dog restaurant popular for its cheap, high-quality hot dogs. You can also have a papaya fruit drink with them. The favorite item here is the Recession. Location: 402 Sixth Avenue at 8th Street, and 2090 Broadway at 72nd Street. 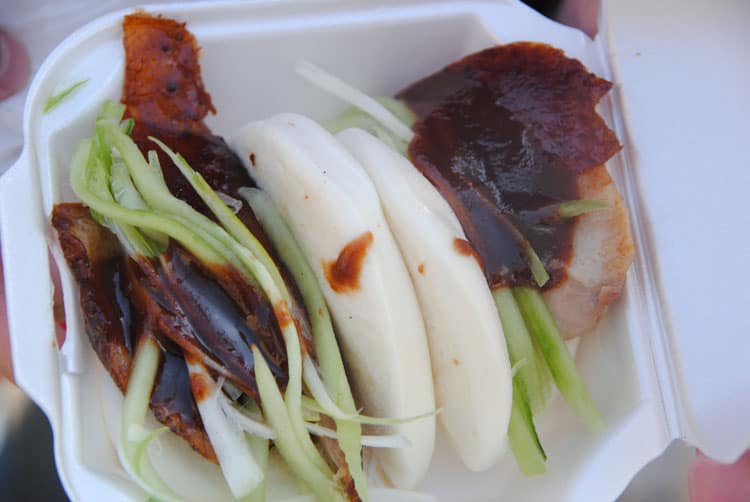 This is a famous Cantonese restaurant which also has an outside section serving the people on the street. For just 1$ you can have a pecking duck bun. You can’t miss it. Location: 40-28 Main St (Corner of 40th Rd & Main St). 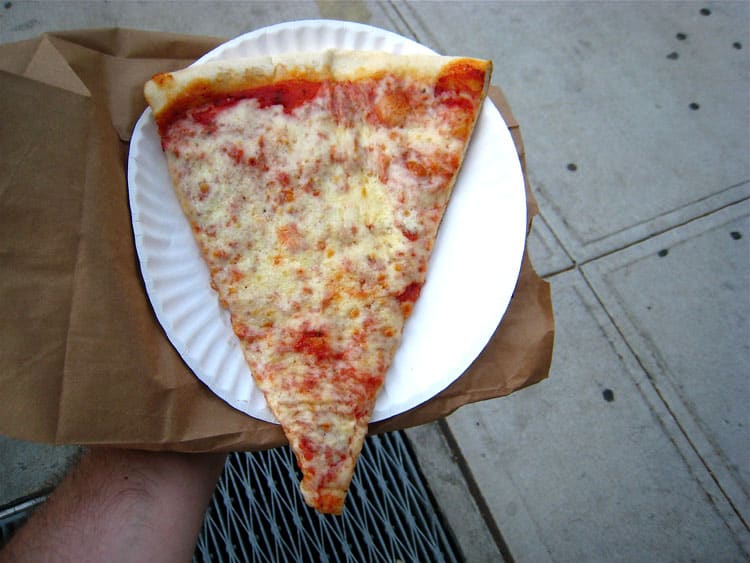 Joe’s is maybe one of the most famous pizza places in NY (although many would argue it’s Ray’s). For just $2.75 you can have one of Joe’s thin crusts greasy plain slices. Location: 7 Carmine St (between Avenue Of The Americas & Minetta Ln). 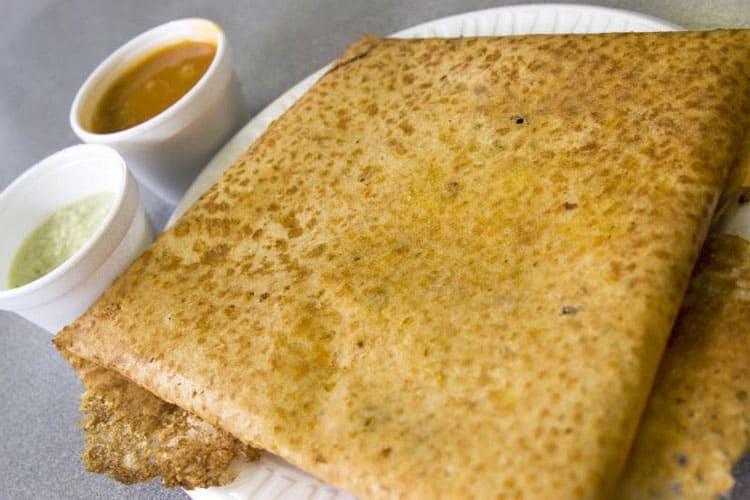 This is a popular vegan cart where Thiru Kumar serves up plenty of lentil crepes, samosas, and other specialties. You can’t miss the Special Pondicherry Dosa, a crepe of rice and lentils filled with potatoes and veggies for $6. But if you just want an appetizer you can have a pair of Samosas for just $3. You won’t regret it. Location: West 4th St at Sullivan Street. 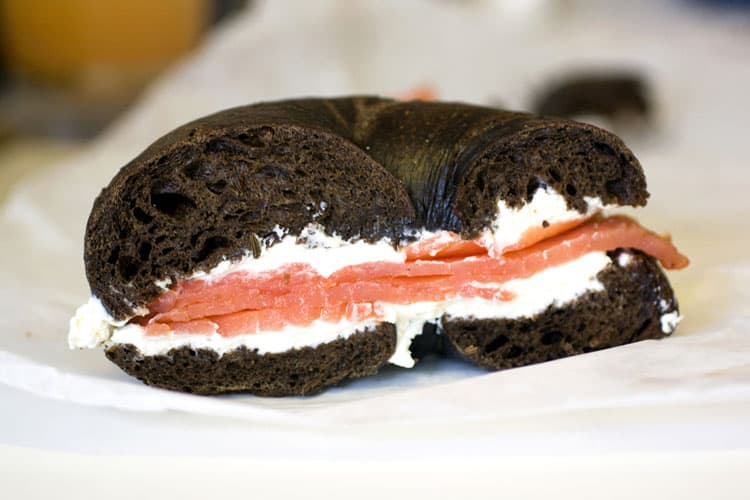 This spot offers absolutely everything you can imagine on a bagel. From smoked salmon and tuna, to cheese, tomatoes, onions and more. The base price is $1 and increases depending on what you put on it. Location: 831, Third Avenue (between 50th & 51st Street).

If you can’t get to these ones don’t worry because you’ll find street food stalls on nearly every corner. They will all make you feel like a real New Yorker. Let’s face it; it’s not that easy to eat on the street with the same glamour as Carrie Bradshaw…

How about you? Have any New York street food suggestions?

I just hope my dream will come true this year and be able to visit this city, thanks for this blog!

There are some new ones since I've left - NY Dosas, for example. Or perhaps I didn't pay attention.

Those duck buns are only $1 each??? Man, that's a deal. Gotta remember that the next time I'm in NY.

@Carolyn, I am interested in trying them out myself!