7 Things To Do in Moab 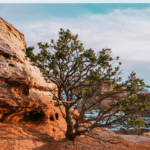 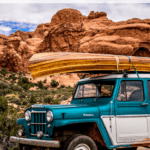 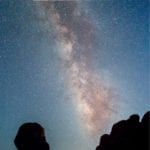 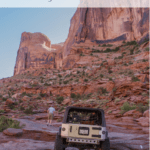 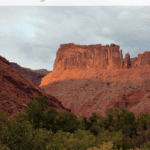 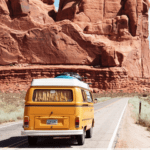 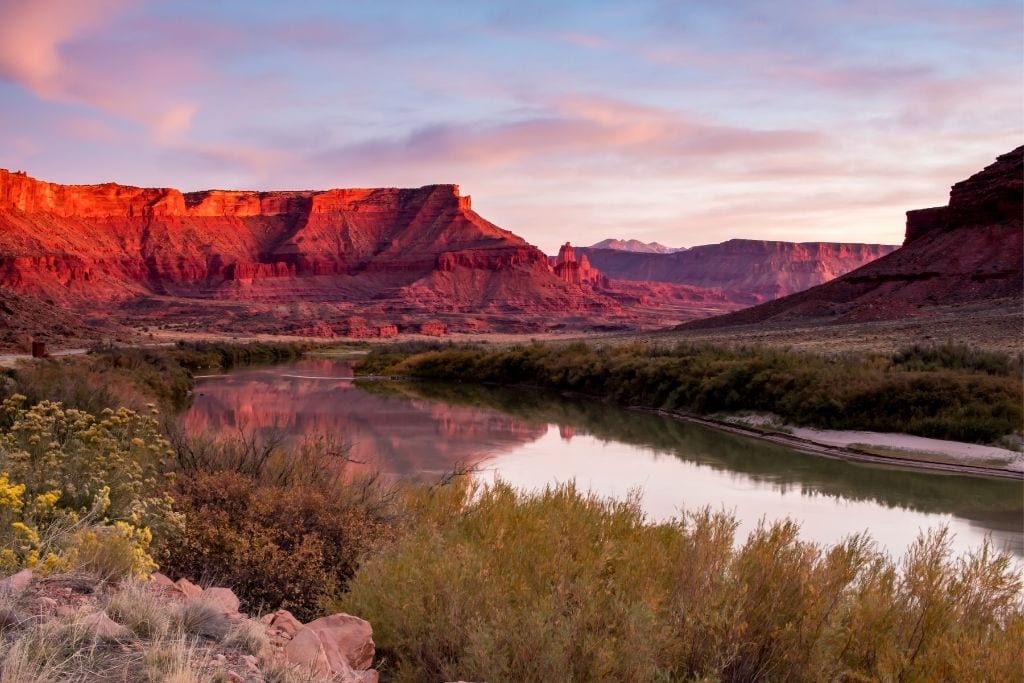 We stayed in Moab for 13 days. We didn’t spend the entire time in Canyonlands National Park (although we could have), we also visited other points of interest. 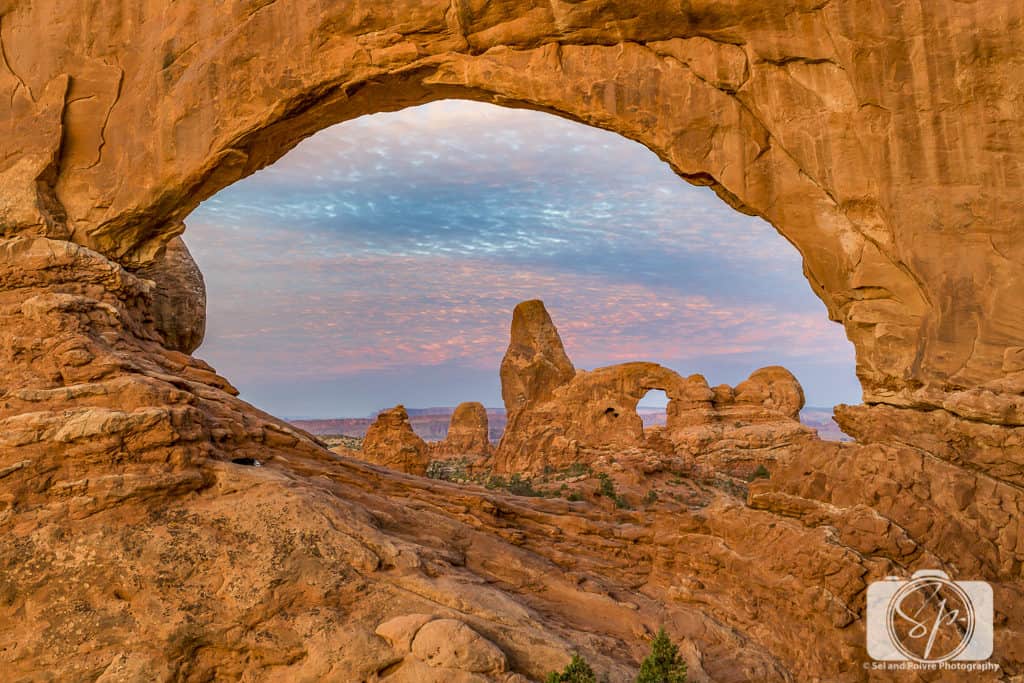 The Windows in Arches National Park.

For most people Arches National Park would be the main attraction to visit, but its popularity means more people and that’s not our scene (if we can avoid it). We visited the park twice. We did a nice drive stopping at the main attractions as well as a sunrise shoot at Balanced Rock.

Due to the fact that part of the main overlook there is obstructed by a salt mine with pools of water, this spot right before the main entrance of Canyonlands was omitted from the national park. Instead, it is a state park.

However, it offers one of the best views of the horseshoe bend without driving on Potash Road, and it’s on the opposite side of the overlook where you can see the salt pools.

Here is the view: 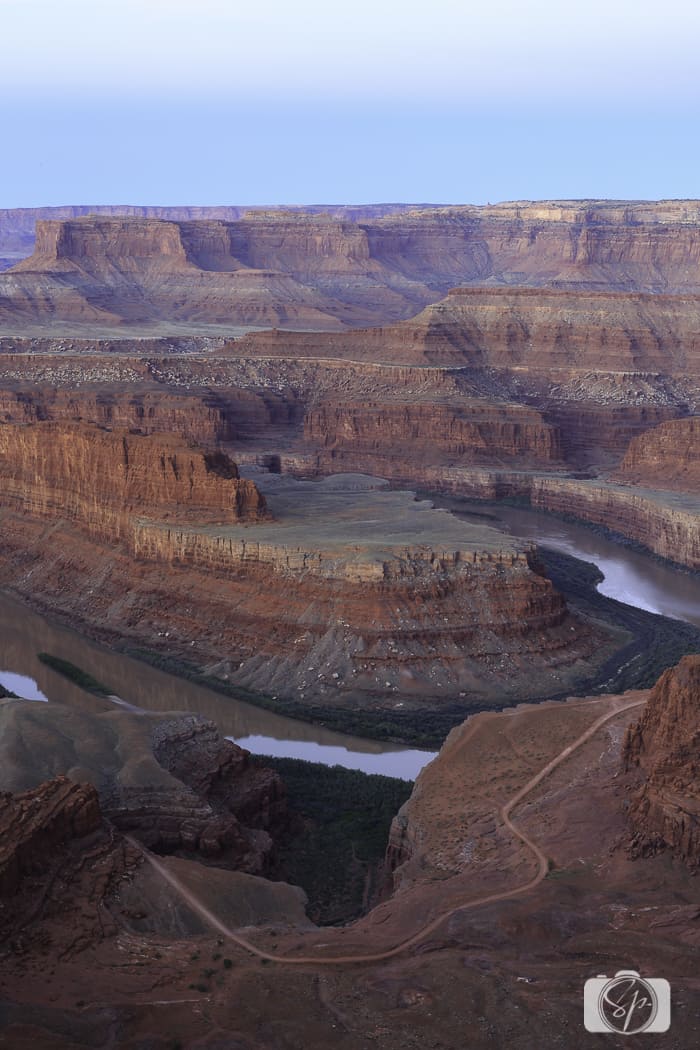 You can see the Potash Road that we drove in the canyons.

Visiting this park is definitely worth the detour. We visited multiple times including sunrise and sunset.

Bonus: There is a beautiful Juniper tree at the same overlook, it looks so much like a bonsai. 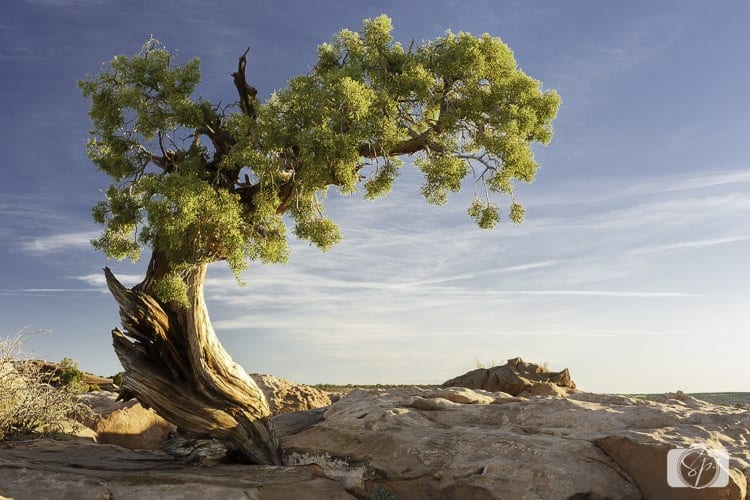 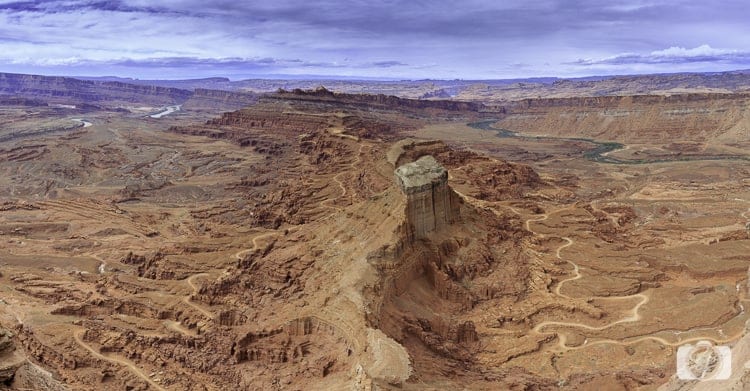 Coming back from the Needles District of Canyonlands National Park, we decided to take a detour onto a BLM road that promised a Needles overlook. We found that overlook and much more, including Anticline Overlook.

This area is super well maintained and has great views of the canyon valley from nearly all sides. You don’t need a 4×4 to access this road and it’s well worth the drive.

They got their names from the Spaniards that first explored them. When they first saw them from the valley they are so close to the desert they thought it was covered in salt because it couldn’t possibly be snow. It’s snow. It is such a weird dichotomy to be standing in the snow and to be looking down on the orange rock formations that were so close!

When we reached the summit we were unable to continue the loop. The road was not cleared of snow and there was tons of ice so we were forced to turn around.

However, the next day we drove the loop from the other side of State Route 128 into Castle Valley. We spotted a lovely rainbow and like the view from the summit, the contrast of the monolithic rock formations (the castle) and the snow-peaked La Sal Mountains was incredible. Castle Valley is a great scenic drive, with few amenities, so pack a lunch and enjoy the sites. In the summer there is a farm stand and a winery worth stopping at. 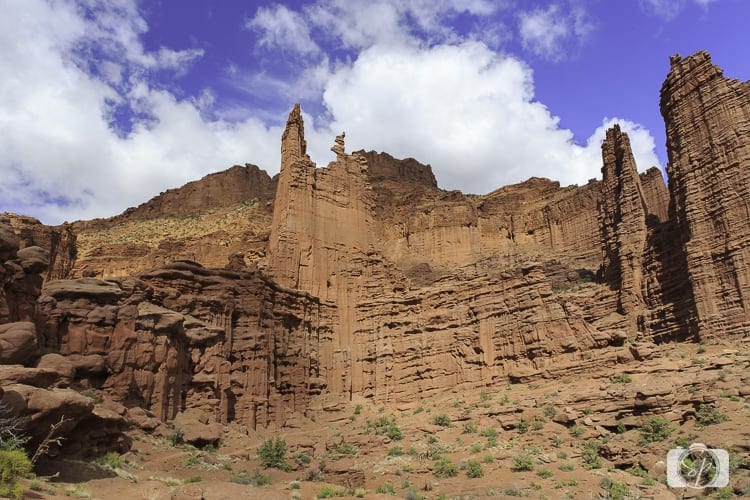 Also off of State Route 128 is the entrance to Fisher Towers are unique majestic towers that are millions of years old and truly magnificent. We hiked the Titan Trail to get a closer look and it was one of my favorite hikes to date, with great views of Castle Valley. 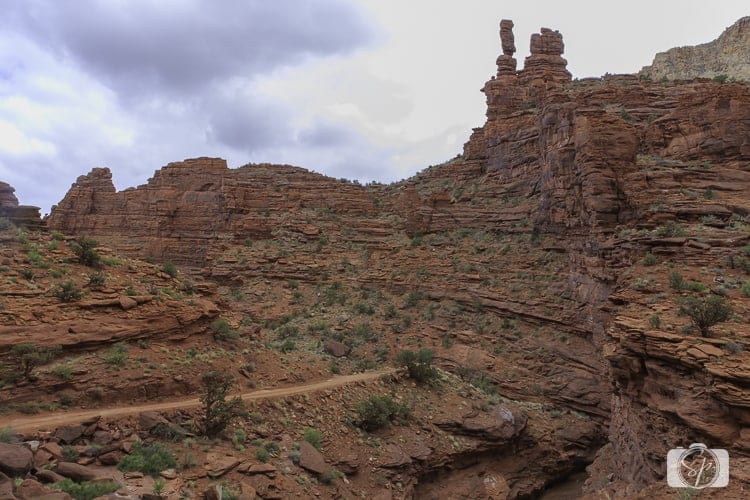 Between the turn-off of Castle Valley and Fisher Towers is a camping area on the Onion Creek, even in cold April the campground was nearly full, I think its proximity to the creek makes it a popular alternative to the packed sites along the Colorado River. If you drive through the camping area you will get to a 13-mile dirt 4×4 that takes you into Fisher Valley. It affords you a great view of Fisher Towers. We also saw a lot of rock climbers when we drove through.

Things to do in Moab?

There are a plethora of activities and even spending two weeks there we only scratched the surface!

How about you? Have you visited Moab? What was your favorite thing you did?

For a visual summary of this post, check out my Moab web story!

I recently spent a few days in Moab and it was wonderful. We took a "difficult" primitive trail in the Arches and it was really challenging and scary. The trails aren't marked very well and it is easy to "lose" the trail. We followed other footprints which took us off the trail. It was crazy. Can't wait to go back.

@Karin, that's awesome and scary, I was so worried about gas! We are headed back to Moab next spring and I cannot wait to do more exploring!

Wow, that instagram pic of the winter scene is just incredible! Great photos, great locations. We are headed to Utah after we do our Northwest/Canada loop. Can't wait to check these spots out! Utah is so wild & gorgeous. Hope you had fun exploring!!

Love this! We were just in Moab! Only for a day, but we did the Arches and then drove up 128. My friend lives in Steamboat Springs, Co, and she recommended that we take 128 up to 70. I probably said about 80 times that it was the most beautiful road I've ever been on! It felt like driving through a miniature version of the Grand Canyon. I cannot wait to go through the pics off the camera and post them on my blog!!!!

@Katy, we drove a lot on 128 the first time we went to Moab, and I agree, it is GORGEOUS! I didn't realize until this second trip how much there is to do in this area, even after 10 days, we didn't catch everything!

These pictures are stunning. I've never had a chance to visit here, but it's definitely on my list now!

I was referred here by 'Monthly Coffee' and wow! I'm so impressed with your gorgeous photos! Must save this for future reference! BT