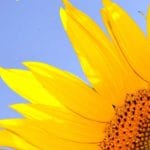 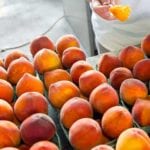 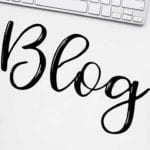 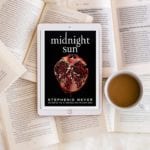 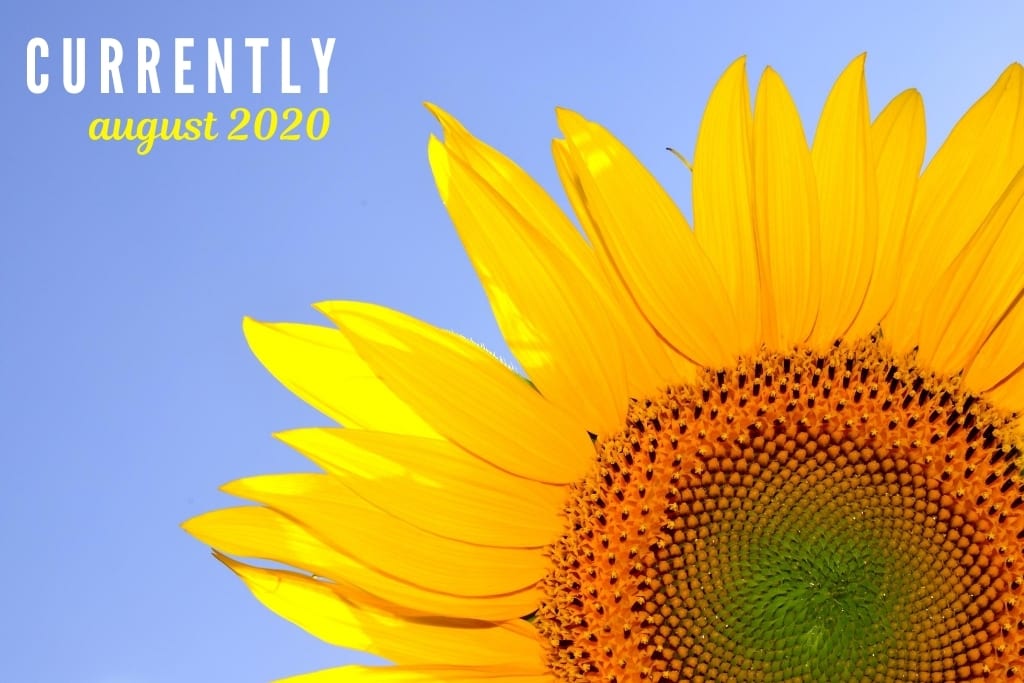 [Explaination of the name in April’s Currently.] Another month and a few more day trips on the books. We’ve been to the Great Smokey Mountains twice, to the Outer Banks and now twice back towards the coast to check out some wildlife refuges. I took 3 days off last week (I have to use my vacation time or lose it) and did 2 day trips to scope out spots for the fall. Our first day we spotted 2 black bears, dozens of turtles, and watched a kingfisher (a bird) dive bomb for a fish. The second day trip we found a gorgeous bird refuge (although they have bears, red wolves, fox, and 31 different kinds of snakes..) which reminded us of Bosque del Apache in New Mexico. I will share more info after we visit in the fall.

We got a good 15 minutes with one bear as he/she walked across the middle of a meadow and then along the tree line searching for food, but he/she never turned straight on for a good photo. But Mr. Misadventures already turned this week for a sunrise visit and saw 5! There will be more pictures to come, but here is a peek from our first day, call it a teaser… 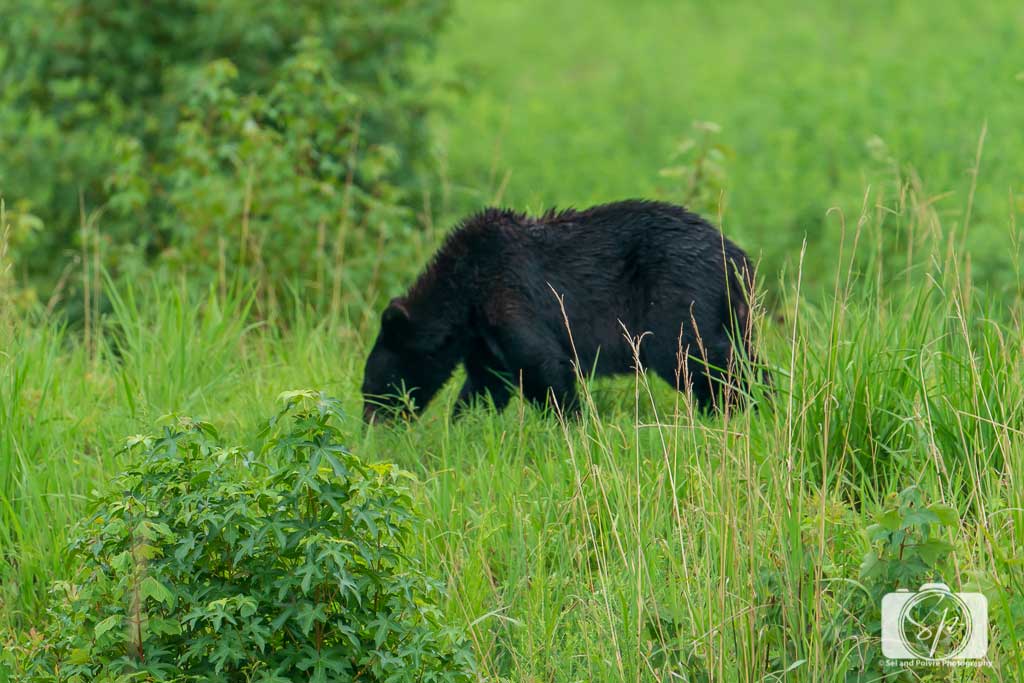 We have a cabin for a few days at the beginning of October in the Black Mountains and I have another week off at the end of October to check out the leaf changing in the mountains. We will also hit the refuges again for birds and bears. These trips the last few days actually felt a little normal again! We continue to be frustrated that we can’t travel more, but we aren’t willing to take the chance on the Queen.

Also, my 12th blogiversary passed by quietly July 16th. I didn’t write about it, not much new to say since I wrote about my 10 year blogiversary!

Now, onto August and what’s been going on in the Misadventures world!

> After seeing several new movies last month, August was certainly anemic. We watched a terrible but new to us Jackie Chan movie called Bleeding Steel, but that’s about all except for re-watching West Wing again. I think we are fatigued with real politics and want to see something else! This is why we watch Madam Secretary a lot too! There is the 4th season of The Last Kingdom to get to, but we haven’t been in the mood. I was interested to see a report on how Tyler Perry created a bubble in Atlanta to film his show Sistas. I think this might be the future of new content. 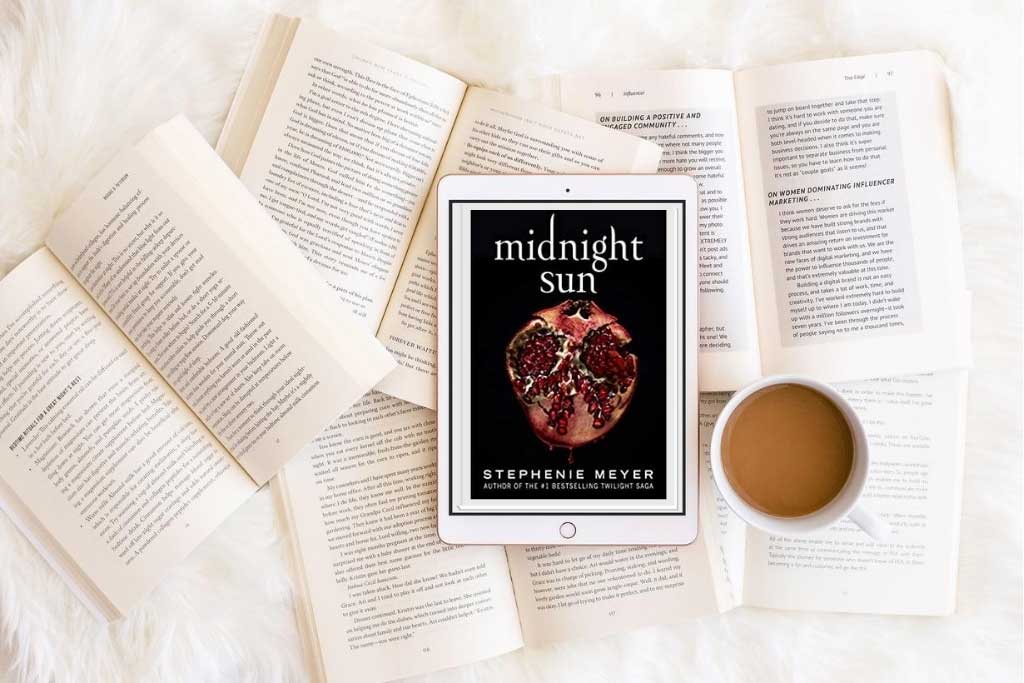 > After reading the 15 books in the Bruno Chief of Police Series, Code Name Hélène, the brand new The New Parisienne: The Women & Ideas Shaping Paris (which I loved) and then Paris On Air by Oliver Gee, I left France and Paris for a change of pace. I am halfway through Midnight Sun from Stephenie Meyer, which is a Twilight book in Edward’s voice. I probably would not have picked this up if it hadn’t been for the Queen and the prolific reading that has resulted from confinement, but I am glad I did. I think it is really well written and surprisingly interesting. I am wondering if Stephanie Meyer will do a version from Jacob’s POV to complete the trifecta! If you are a fan of the Twilight series, it is most definitely worth the read.

The Cheffe: A Cook’s Novel by Marie NDiaye, the (not very easy) life of a female chef in France.
The Wangs vs. The World by Jade Chang, if you like Crazy Rich Asians, this is supposed to be on par.
Nine Perfect Strangers by Liane Moriarty, on par with Big Little Lies (which I love!) 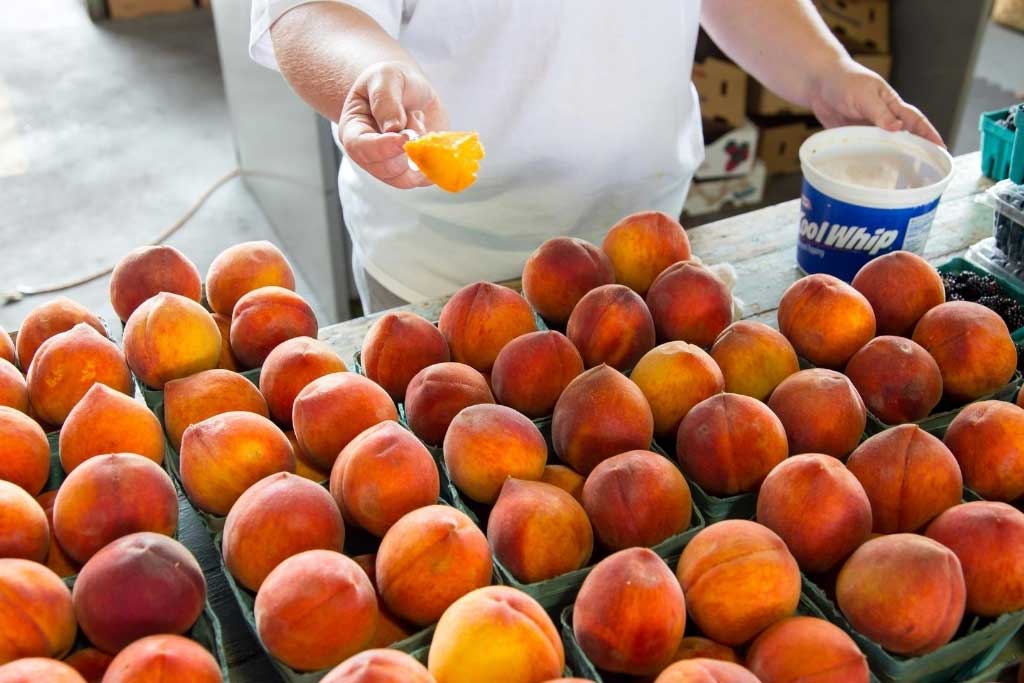 > I don’t think I’ve ever had peaches as sweet and juicy as I’ve experienced during my first summer here in North Carolina. We have been getting them every week from the state farmers market. They aren’t super low carb so I don’t eat them every day I am enjoying them several times a week! I am successful with my low carb lifestyle if I keep to a certain carb count but I am really good at making it work when I want to partake of seasonal fruit. I am so grateful to be living in a local with a bounty of fruits and vegetables!

Working On | My French!

> I started French lessons again! One good thing that has come out of this global pandemic is that Alliance Francais is forced to have classes online! And after speaking with the Director of the Raleigh branch it seems they are going to keep it that way, which is perfect for me, a working adult student. I don’t have to worry about dashing out of the office to drive somewhere to sit in a room to leach French. My classes are on Zoom and it is working out well. It’s been a while since I have had formal lessons, but I need to get back into the grammar so I can speak better and write without looking like a kindergarten French student!

> I am sorely missing travel. I want to be in Europe for a bit. I want to eat in a restaurant again. Enough said. 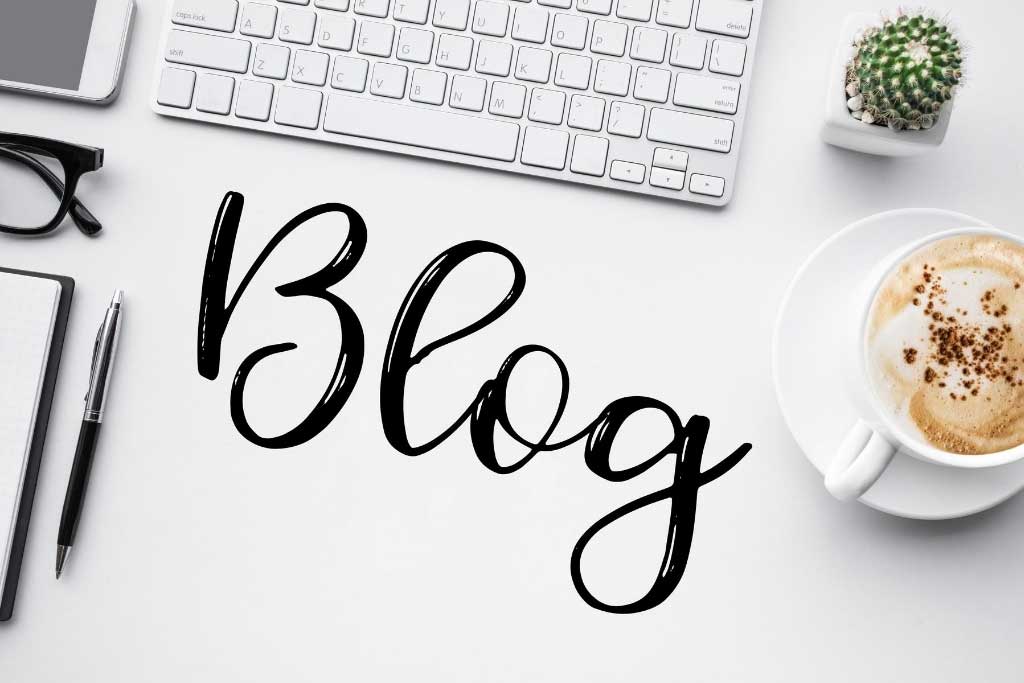 > I’ve got some brand projects coming up which I am very much looking forward to. I also have some small content projects that I have wanted to complete. Then there is the never-ending optimization and updating of old posts and pin creation. I am trying to get some holiday stuff out early as well since people are starting the holiday searches and gift planning earlier this year.

Loving | Count On Me NC

> Love this campaign developed by the North Carolina Restaurant & Lodging Association. It encourages all the appropriate behaviors for supporting North Carolina businesses during the pandemic and re-opening. North Carolina is still in Stage 2. Restaurants are allowed 50% capacity, no bars or gyms are open. 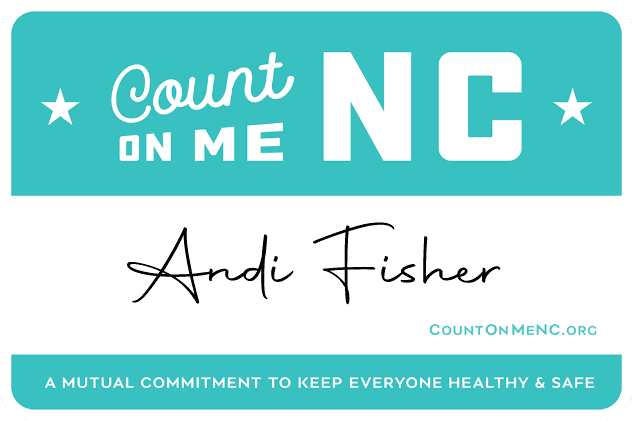 My Favorite Photo | Jambus in the salon chair 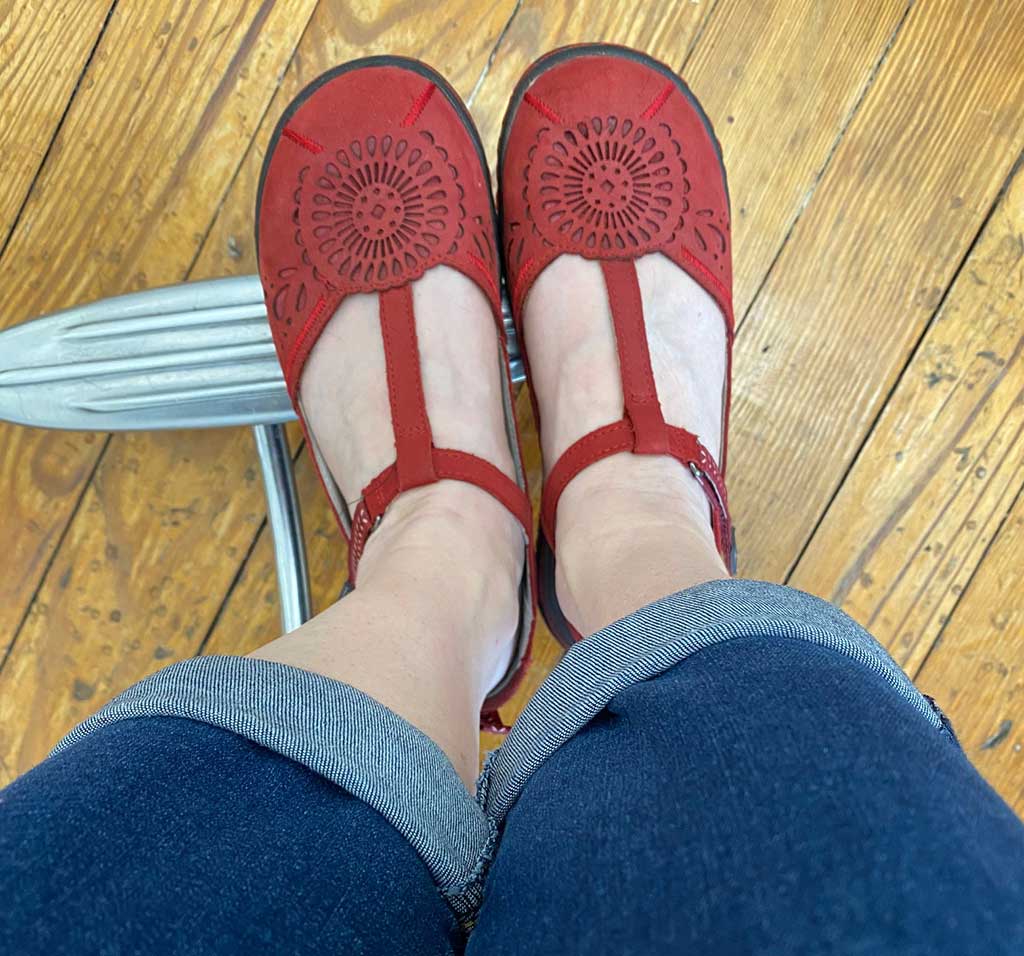 > Hair salons are open though and I got my first haircut and color since February – felt good and safe and the salon is taking the safety of their clients seriously. I was doing a happy dance in my happy shoes!

Things to do while Staying near Zion National Park
← Previous
Travel Tips - How To Prepare For A Year of Traveling at Home or Abroad
Next →
Click here to cancel reply.

Thanks for sharing this. Sounds like your August was a lot of fun. And yes, I'm with you... I miss traveling too.

I love peaches so much! But this year they are not so sweet. Or maybe it's only me!

I feel you. So ready to be back to normal, but trying to do our part to keep everyone healthy and get through this as quickly as we can. I love that North Carolina campaign! Very well done.

And the fourth season of the last kingdom is so good. Get through it! We’re enjoying Hanna (the series) and muddling our way through the final season of Dark.

Sounds like you have a lot of good stuff going on. I've been catching up on my reading and Netflixing as well. It keeps me plenty busy lol

I want to read that book about the French female chef. I also want to travel so bad to France. I’m missing not traveling for. We started camping and that helps.