I have been trying to get Mr. Misadventures to a spot in Oregon for a while now. He love Seattle and the San Juan Islands, so I knew he would be just as fond of Portland. My plan had been to go in September, but the weekend we selected was the same as Feast Portland, and while we are huge foodies, hotel availability was a challenge so I pushed our trip into October. The later you go in the year, the more likely you are to hit rain. We had overcast skies but only a few sprinkles, it was not enough to discourage us from walking around downtown.

My plan was to provide Mr. Misadventures with just a taste so that he would want to come back for more, and after 36-hours in Portland, mission accomplished!

We arrived late Friday night and tucked into our room at the Westin downtown, we had a beautiful suite on the top floor with a great view of the city and several bridges. I was too tired to notice the first evening, but Saturday morning I totally geeked out on taking a shower in front of this gorgeous window in the bathroom! 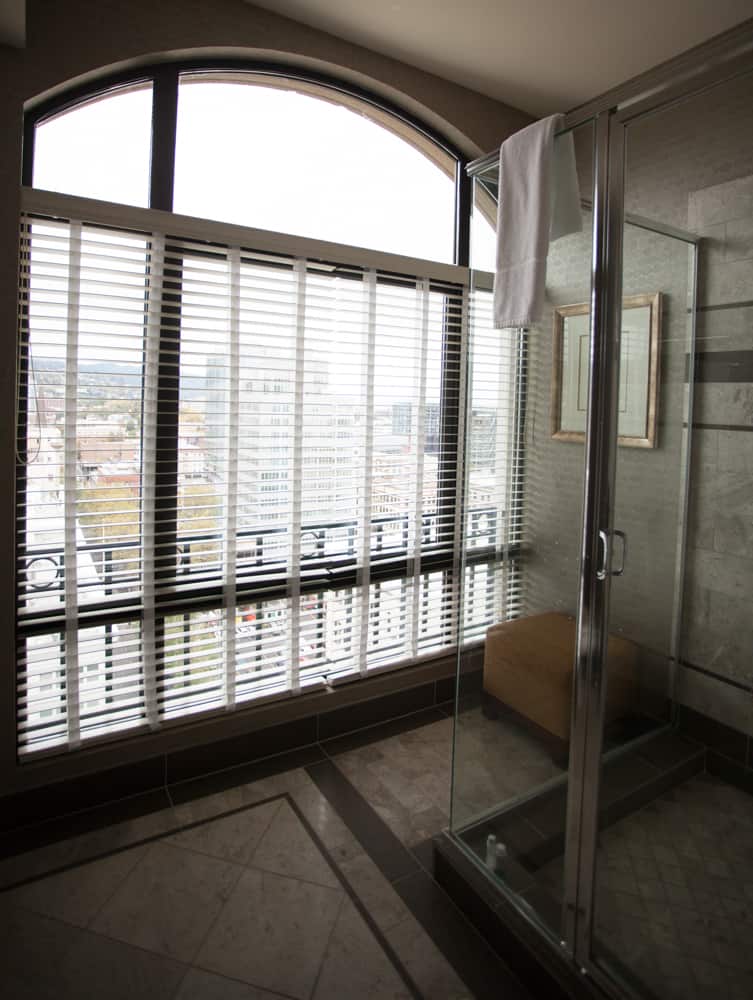 It was a great way to start the day. That and our super strong but delicious coffee at Public Domain coffee house. They know how to do coffee right! One cup had us hopped up on caffeine for several hours! The store is beautifully designed and serves many coffee tastes from super slow drip coffee (you can see the “beakers” in the left-side of the photo) to traditional espresso drinks. The French-style pastries looked delightful but we weren’t able to try them out until the next day, I had other plans for breakfast.

Ever since seeing Pine State Biscuit on an episode of Diners, Drive-ins and Dives, I knew that I must have one their biscuits. I love Southern food (my last meal – yeah, don’t ask me why I think about my last meal – is fried chicken, biscuits and gravy), but it is hard to find good Southern food (that is not too greasy) on the West Coast, so when I saw The Reggie – fried chicken, bacon, cheddar cheese inside a biscuit with gravy – I knew I was going to drag my husband there even if he was kicking and screaming!

That’s how Mr. Misadventures takes a food photo. Me? I like the macro-in-your-face-shot:

We both really liked the biscuit. We both really hated being rushed. There are only five tables and a lot of people who want to eat there, kind of ruins the experience. I hope they move to a bigger locale before my next trip….

I knew that the biscuit was going to fill us up and we would be skipping lunch. We were plenty fueled for our exploration of the city by car and on foot. We stopped to take photos of various bridges. While at one of these spots, I slipped on a board full of green algae – I saved my camera, but got green sludge all over me (standard Andi, trust me). Since I only had one pair of jeans with me for the weekend and we were heading to a nice spot for dinner, that meant we had to do a little shopping! Shopping is not something I usually do, but there are tons of shops downtown and I ended up buying jeans plus I picked up a beautiful scarf from Florence (scarves and glasses, I can’t help myself!).

While wandering around shopping we found a cool man cave where Mr. Misadventures got his hair cut and then we rewarded ourselves with a little pre-dinner treat, flights of delicious Oregon pinot noirs. We visited Oregon Wines on Broadway where there are over 30 pinot noirs available for tasting along with small bites to eat. We tried two different flights and warm conversation with the lovely bartender before heading back to the hotel to get refreshed for dinner. 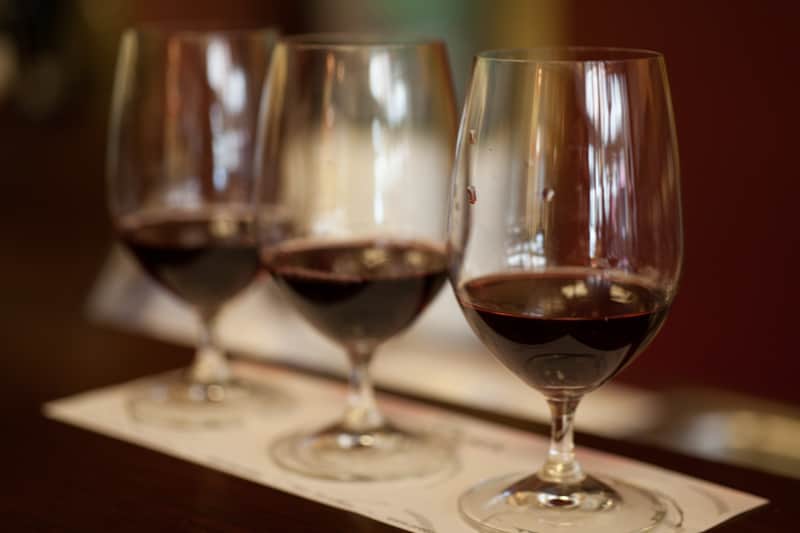 For dinner we headed to Castagna, a beautiful, warm and inviting restaurant that unfortunately didn’t live up to its atmosphere. The restaurant advertises, and has been accoladed for, New Northwest cuisine, but we ended up being disappointed. We might have been spoiled forever by our dinner at The Willows Inn on Lummi Island because that is truly Northwest cuisine to me. We had a ten-course tasting menu with beautiful plates, the presentations were well done, at least on the early courses. For me there was a problem with the middle dishes which were nearly all white monochromatic ingredients served on white plates.

In addition, each time a dish was put in front of us the server would tell us what was in it, but not where any of it was from. If you are going to market yourself for your local seasonal ingredients then tell me where they came from. I ended up just asking every so often where things were sourced, but they never quite got the clue that it was important to us.

There were delicious bites here and there, but after 10 course I left feeling unsatisfied. There was nothing of substance, not enough texture to feel like you had sunk your teeth into anything. There were a lot of foams, jellies and mushy substances, it would be the perfect meal for someone without teeth. I don’t say that to be cruel, but to illustrate how important texture is. I hate giving bad reviews, but except for discovering another new pinot noir and one wonderful dish of beets and beef cheeks, I paid a large bill without being happy about it.

The next morning we grabbed coffee again at Public Domain as well as a mini-sandwich that came straight from Paris, or at least it tasted like it. A wonderful mini baguette with local ham, butter and mustard. Magnifique! 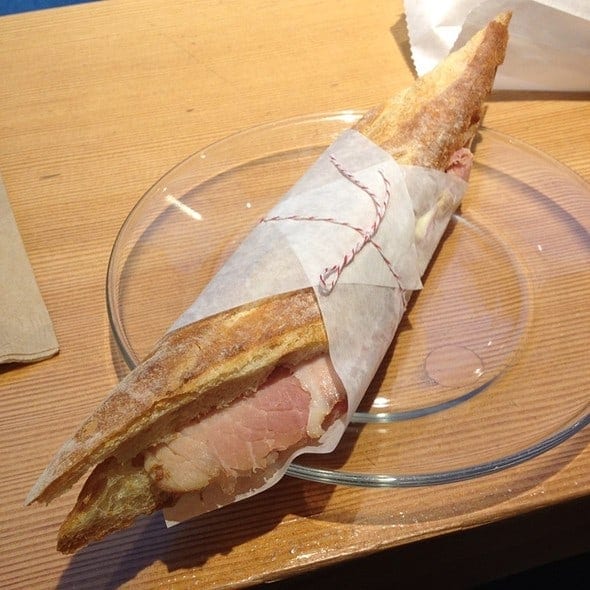 Before we headed to the airport I could not pass up also grabbing one of their amazing pastries, a marionberry danish, for the road! It was a little treat I enjoyed an hour later at the airport. 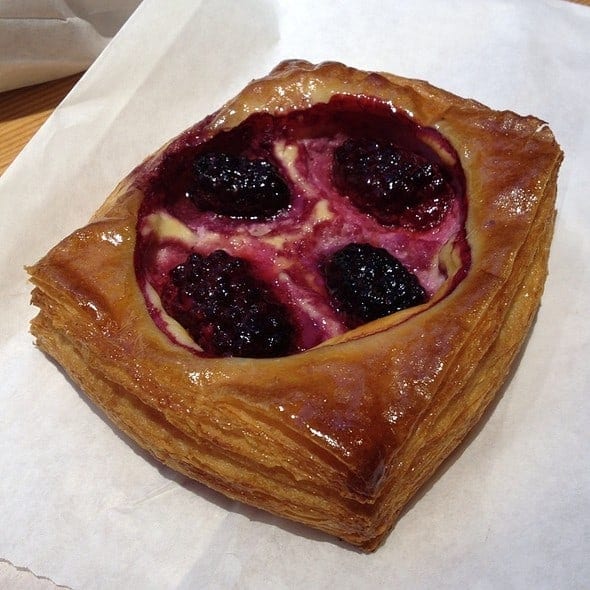 It was a nice send off from Portland. We had a really enjoyable weekend and will be back again when the weather improves next year.

How about you? Have you been to Portland? Have you got in great spots or tips for future trips? 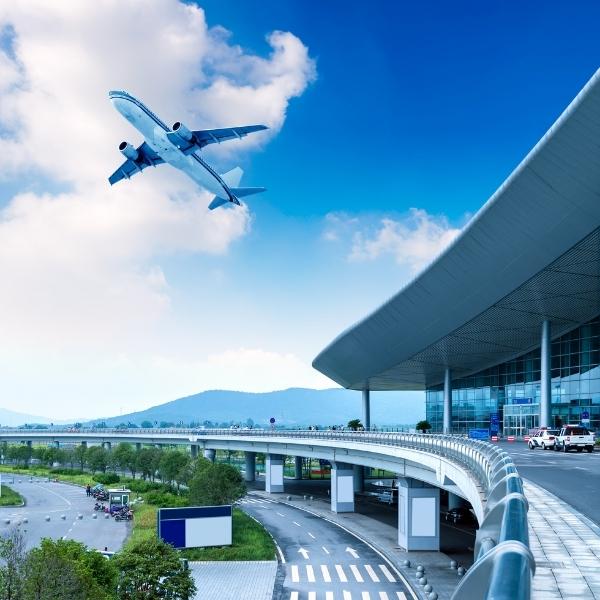 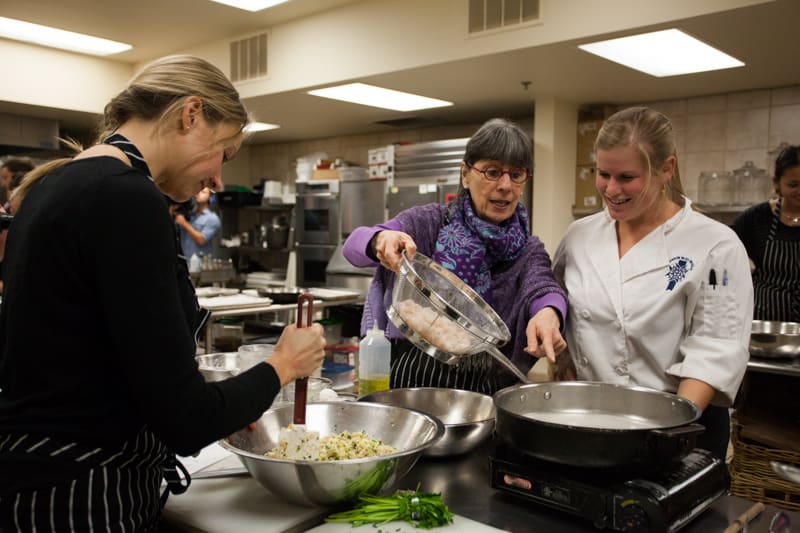 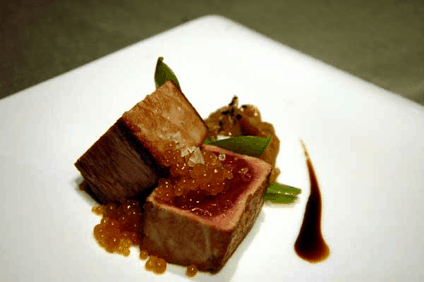 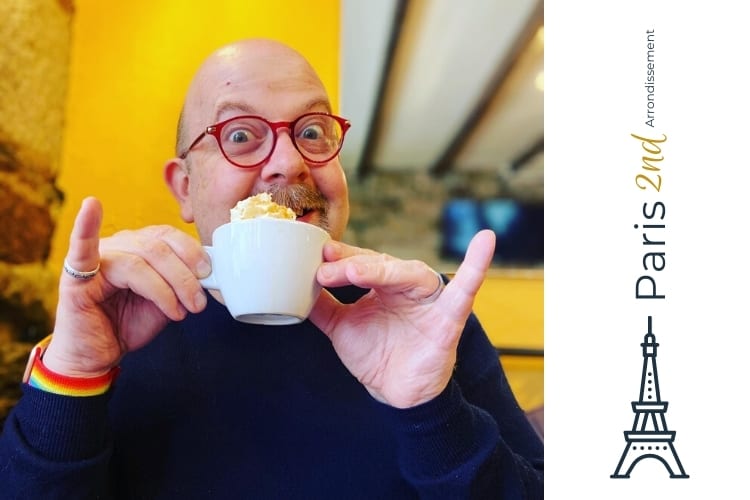