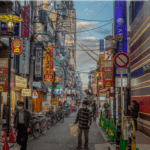 We only spent two-and-a-half days in Osaka after Kyoto. Most of that time was spent in Kuromon-Ichiba Market, taking photos of architecture like Namba Parks and buildings like Umeda Sky Building. Of course, I did a lot of people watching too! There is much more to do in Osaka, we didn’t visit any temples or shrines of which there are plenty. Nor did we visit the Osaka Castle. Those will have to be future trip items.

Instead, we walked around Namba, Dotonbori and Shinsaibashi, and Tenjimbashisuji Shopping Street (the longest covered shopping arcade in Japan – 1.6 miles long!)

We walked through a little bit of Shinsekai, a strange area developed in 1912 with streets were modeled after New York and Paris. Same for America Mura or American village, an entertainment district popular with young people and foreign residents.

You can see the Statue of Liberty on top of one of the buildings from afar, notice the groovy light post as well: 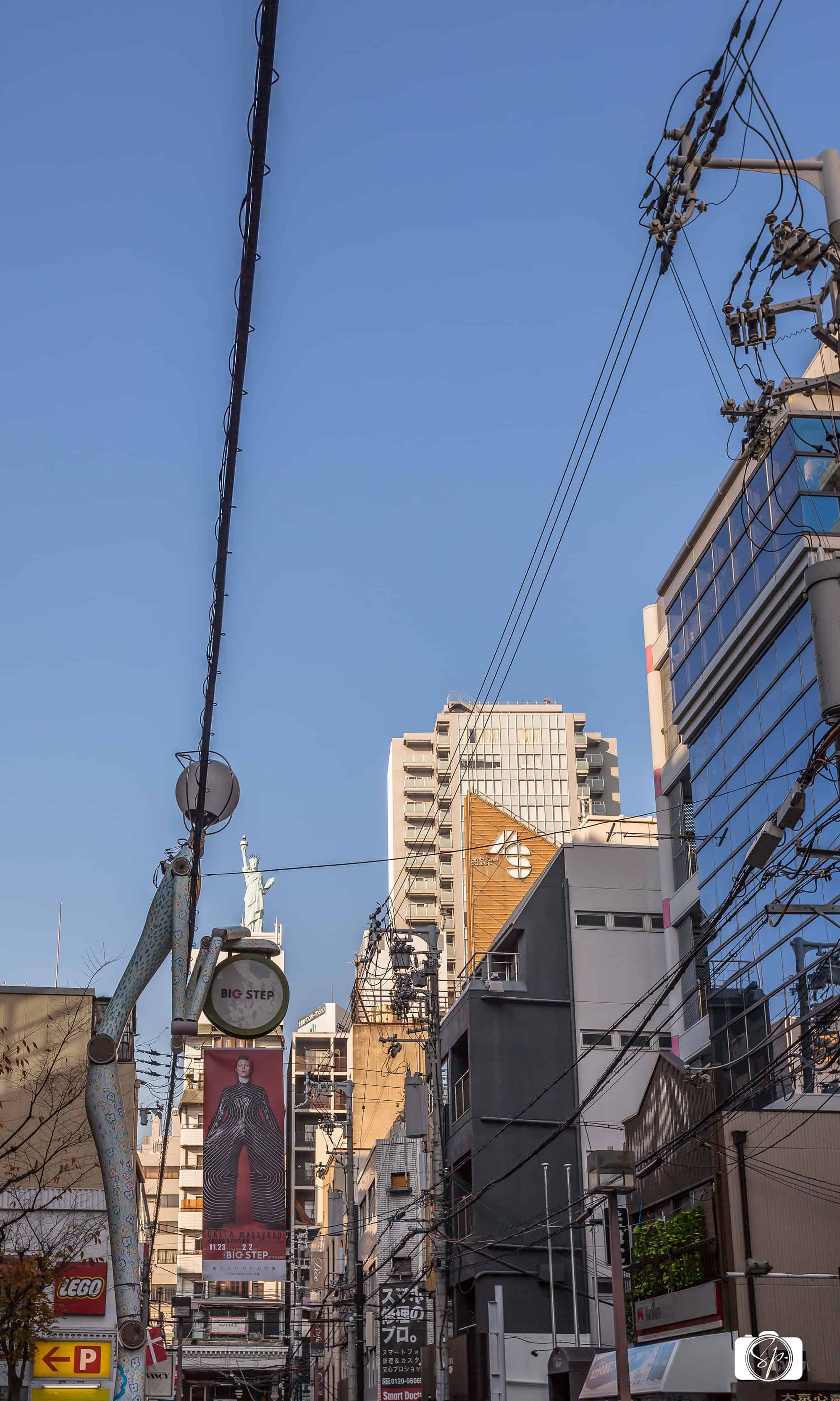 Up close the statue with the Coca-cola billboard, ah Americana… 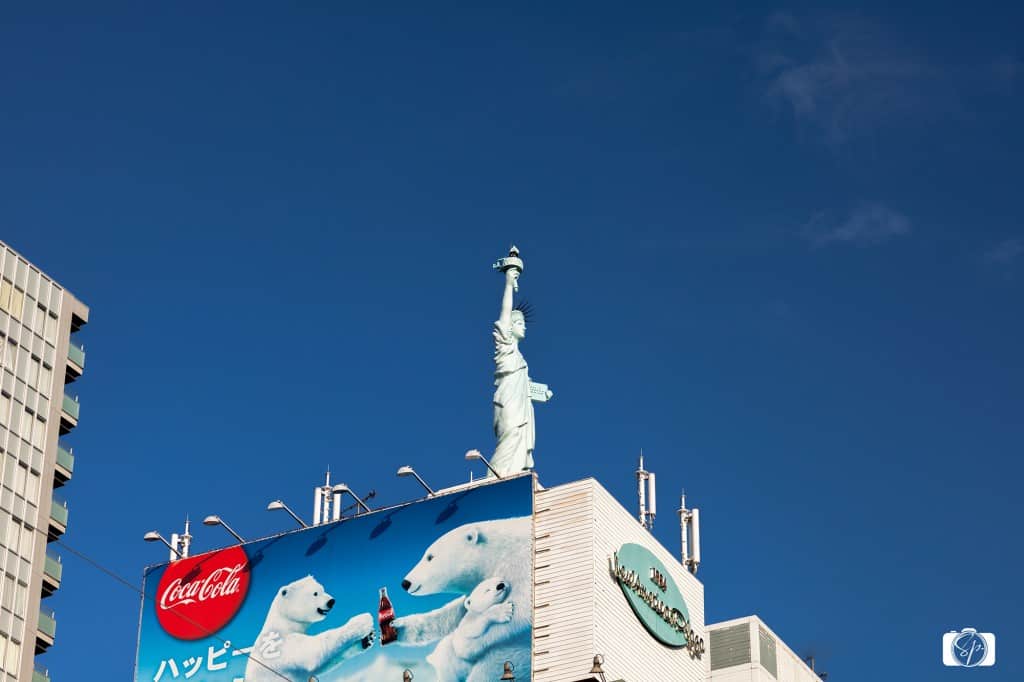 A lot of these areas are like Times Square, I love the contrast of the river running through and the soft clouds in this photo. 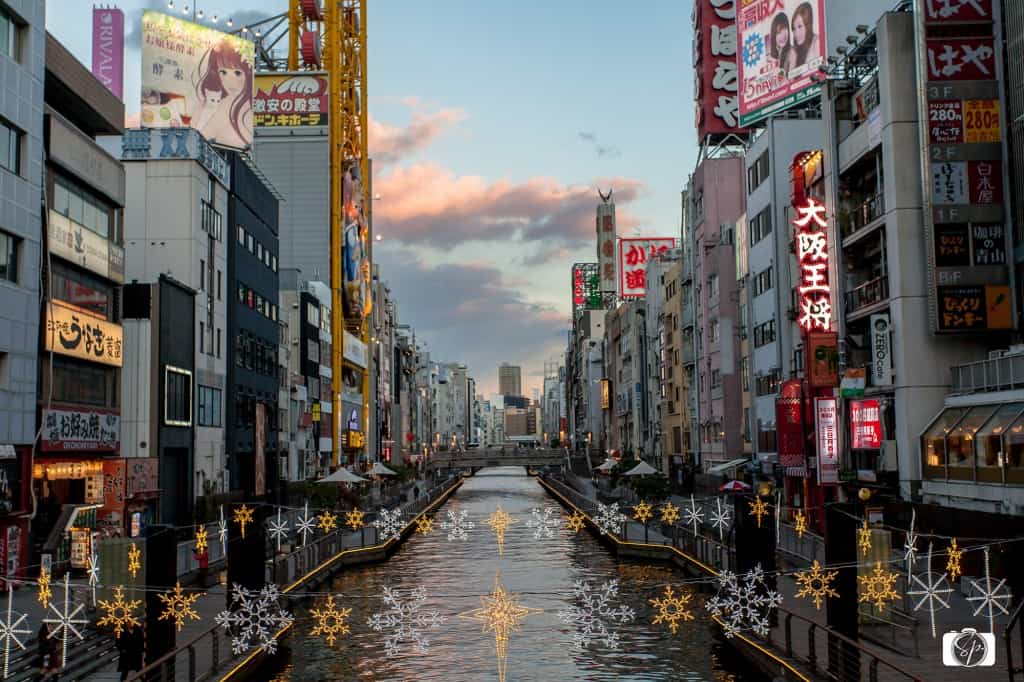 Everywhere we went Mr. Misadventures took great photos of the architecture. He also did some really fun post-processing. Take a look. 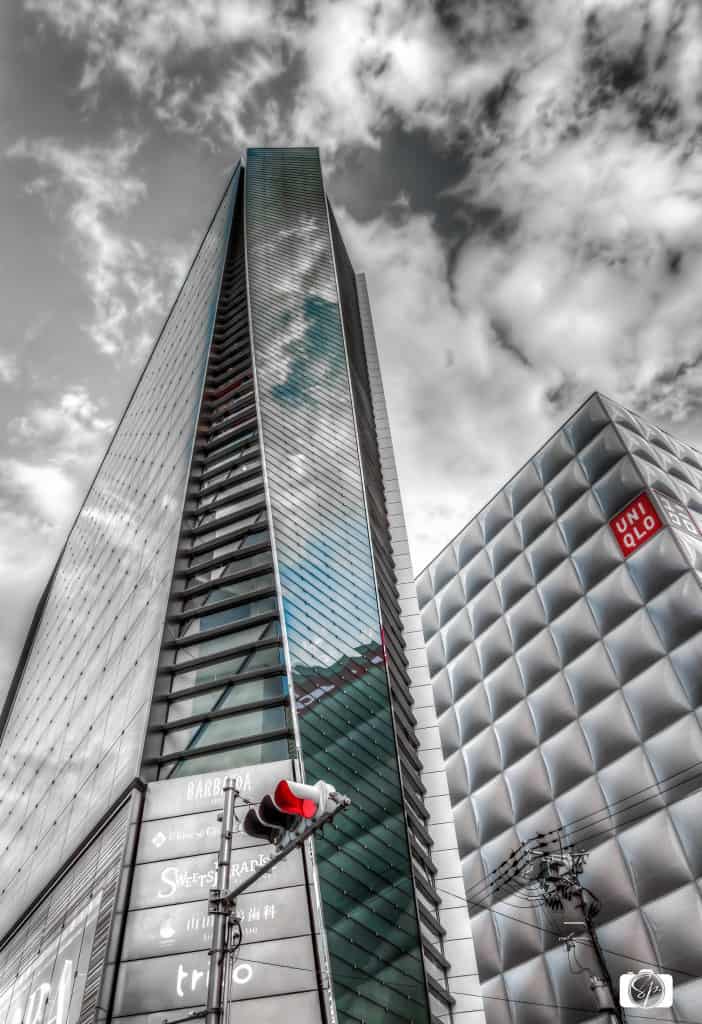 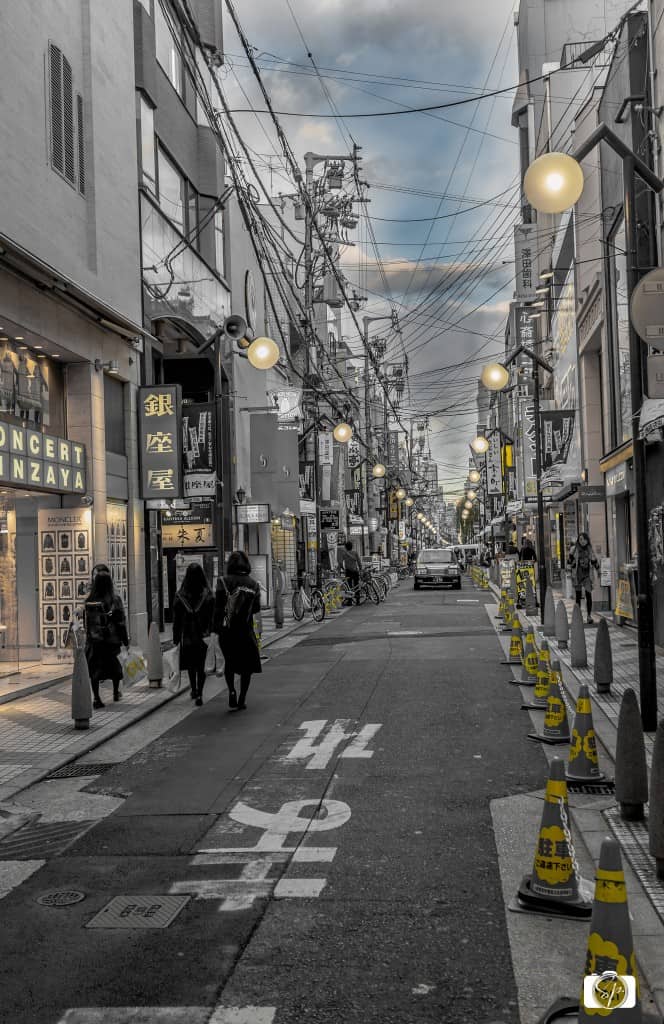 This one is one of my favorites and well represents Osaka to me. 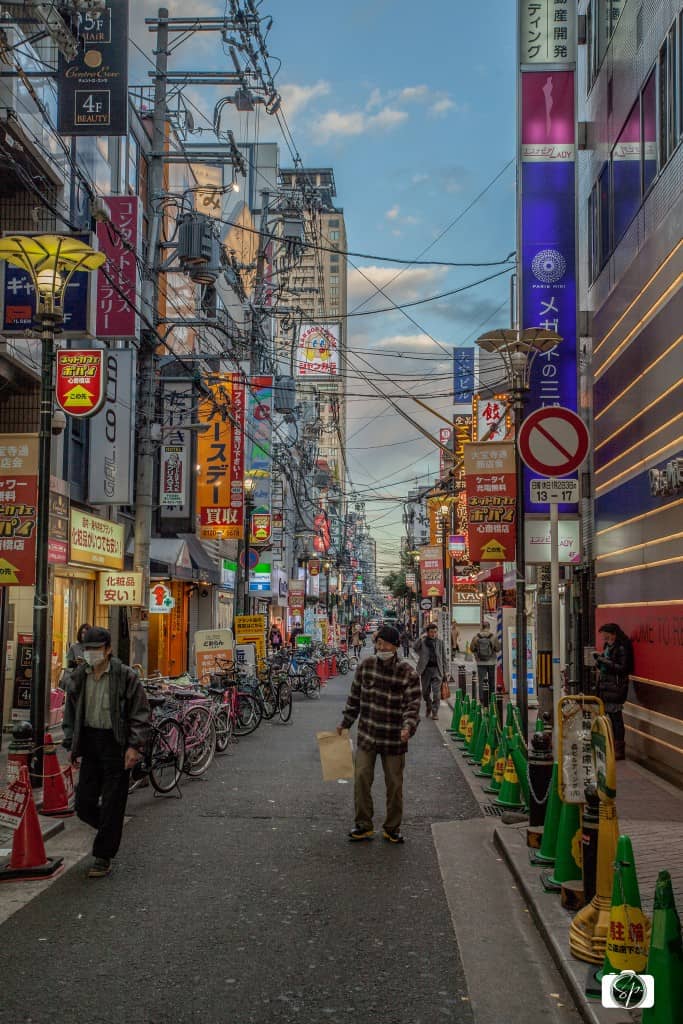 I’m glad we spent a few days in Osaka, I think a few days is probably my limit, or at least I can’t have just spent a week in a zen-like place (Kyoto) ahead of time. It is large, loud, crowded, frenetic. Like Vegas, good for a few days but then I need a break!

How about you? Have you visited any cities that make you feel the same? 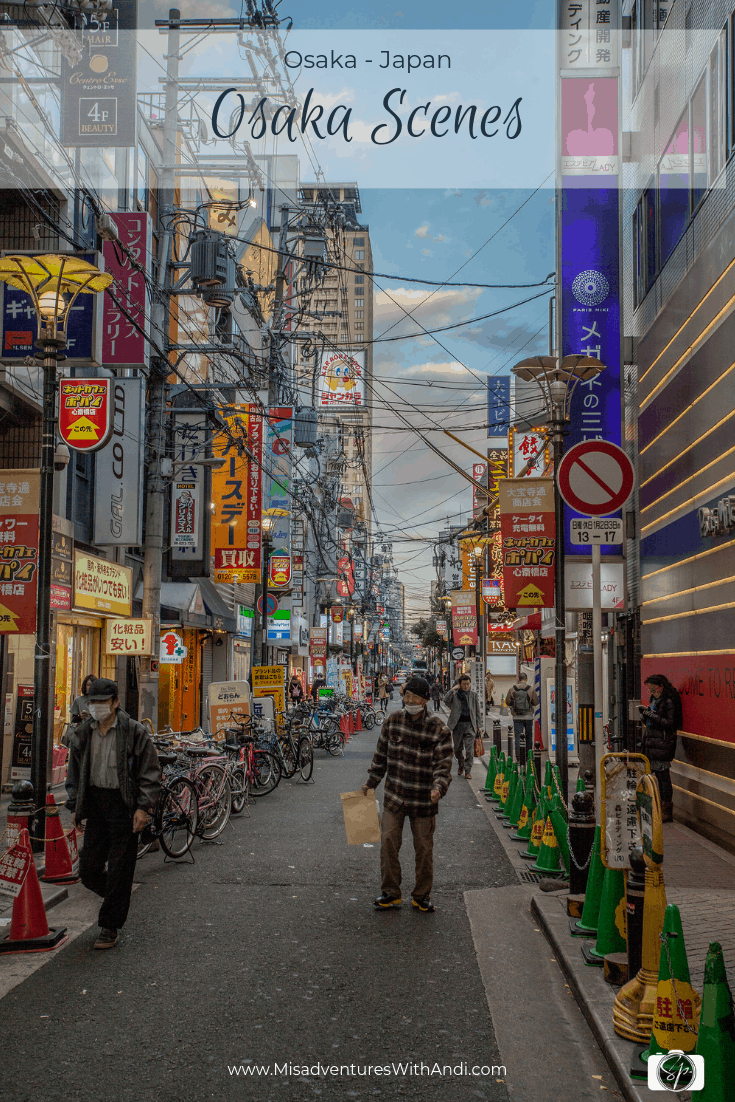 Can't wait for Osaka! I didn't know about that area based on other cities, that's really strange lol. I also love the photo that's been desaturated apart from the yellow. Really cool!

You're sooo lucky to goto Japan, I've always wanted to go there since I was young. It must really be beautiful especially during spring. :)

@Mish, I am head over heels in love with Japan!

Osaka Aquarium Kaiyukan is where I'd like to see most in Osaka one day! Lovely photos!

@Mai, I did not get there, I will have to add it to the list for our next trip!

I would love to visit Japan someday.

wow such a beautiful place to visit. :) love it soooo much