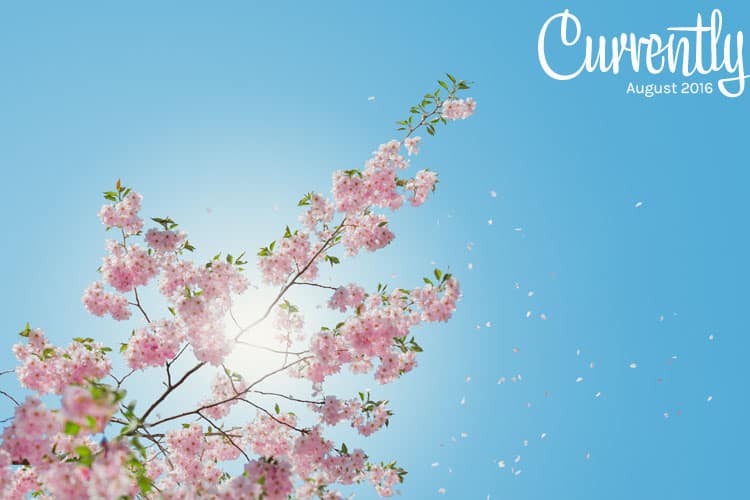 Watching | The Harry Potter series.
> We had only seen 1, 2 and 4 so we are currently in the middle of a Harry Potter marathon to see the whole series. I was so surprised to see Robert Pattinson of Twilight fame in #3, but I then realized the movie came out three years before the Twilight series, still is was funny to see!

Maybe not having a good internet (or any internet at all) was a blessing. Our satellite TV was not impacted and we were able to watch both the Republican and Democratic conventions in their entirety. I believe it is important to listen to both sides and it is particularly interesting for Mr. Misadventures who is voting in his first Presidential election.

As if we weren’t getting enough politics we also watched Season 2 of Madam Secretary, I love Tea Leoni and Tim Daly in this series.

Reading | Ruth’s Journey by Donald McCaig.
> I just started this Gone With the Wind offshoot. I read a couple of mindless romance novels, a murder mystery and two historical cookbooks while we were in Newport without internet.

Feeling | Satisfied!.
> Portland is filling the large foodie void I have been experiencing after many months on the road in remote places and spaces. I’ve got a wishlist and we are working our way through it. Also just the variety available to us in terms of stores, etc. makes us feel right at home in Portland.

Planning | The future.
> We don’t want to ruin our sabbatical by worry too much about getting jobs, etc. next year but we are starting to make early plans for returning to Portland to live in February. Reality will be knocking on our door again soon and we are Type-A and want to know what we are doing (to a certain extent).

Loving | Portland.
> This city already feels like home and we have enjoyed our time over the last week and half…except for the 90-degree weather. I know that this only happens a few days a year, so I will forgive them for the moment. But this little-big city on the water has got the vibe and lifestyle that Mr. Misadventures and I love. 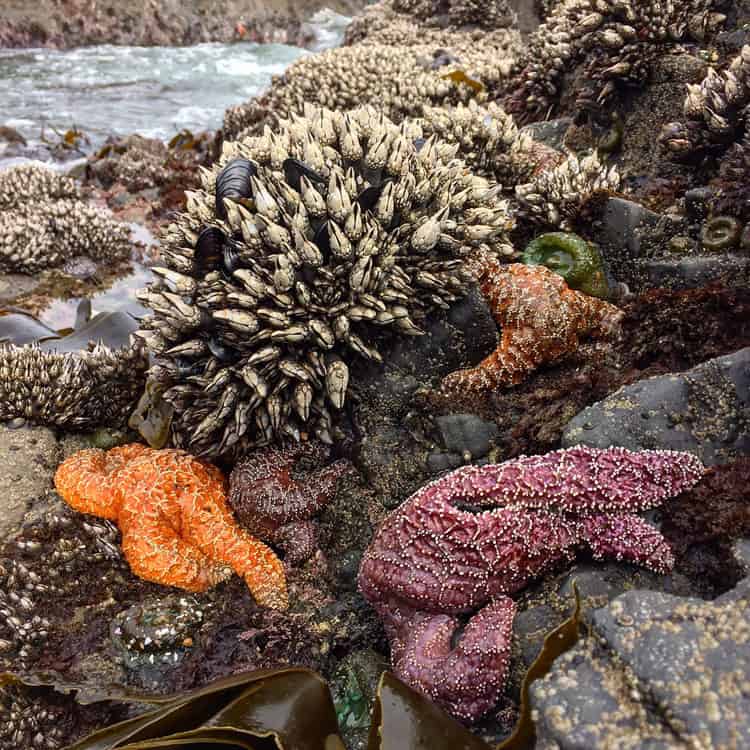 > We had SO much fun at the tidepools on a near-daily basis while staying in Florence. We watched seal/sea lions with their pups every morning and climbed all over the rocks to find sea stars, mussels, sea urchins, anemones, it was incredible!

I think I mentioned before that Justin is really interested in moving to Portland when he retires. I always thought that city was a little over-rated, but knowing you might be settled there by then, plus my sister-in-law, plus Britany from TBS... it's starting to look better and better! After all, if some of my favorite people are there, it definitely can't be bad.

Beautiful picture down below and their is always something to prep or get ready for, I still have yet to watch the Harry Potter movies, I had hoped over this summer but this summer is almost gone LOL.

I love your list of items, things you did and places shared. That last photo is beautiful!

Sound great! We're currently busy planning a trip to the Cotswolds to explore some English history!

Harry Potter books are awesome ,I like the movies if course but the books are way better