If you are looking for a quick guide and answers to frequently asked questions about the Jardin des Tuileries, or Tuileries Garden, scroll to the end!

New York has Central Park; Paris has the Tuileries gardens: an oasis of greenery in the heart of it all. I have been to Paris nearly 50 times in my life, and yet I never get tired of walking in, around or through the Jardin des Tuileries, or Tuileries Garden. I count myself lucky to have stayed many times at a beautiful hotel located just steps away from the park. Still, I can tell you I can’t get enough of the magnificent views it offers. Besides, the people-watching in the area is top-notch!

Of course, there are the hordes of tourists, getting a breath of fresh air after their visit to the Louvre. But then, you will also encounter joggers, slaloming between the fashionistas making their way from the high-end boutiques surrounding Rue de Rivoli to Café Marly. Idle teenagers mix seamlessly with corporate workers in well-tailored suits on an impromptu picnic during their lunch break. There is even an unofficial dog park in one of the grassy lawns near the Place du Carousel, where you can frequently find me lurking. The entire city seems to converge towards the iconic green chairs spread through the gardens as soon as there is a ray of sunshine. 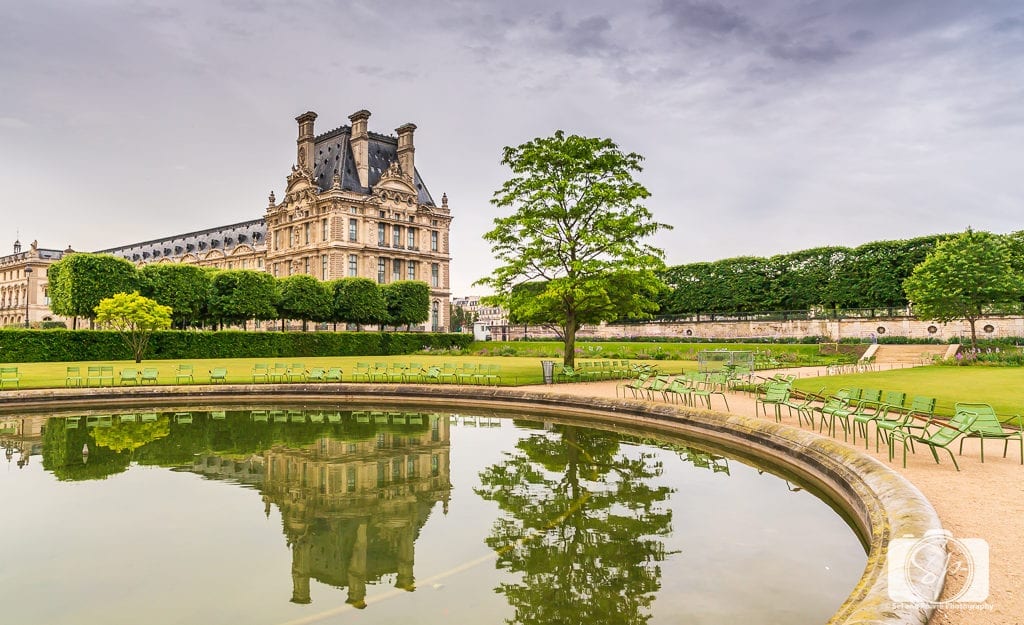 This green space has a long history. Once upon a time, instead of an elegant garden, there stood the roof tile kilns (tuileries in French, pronounced “twee-luh-ree”) that gave their name to the location. But in 1564, Queen Catherine de Medici decided to build in its place a grand palace at the west of the Louvre, which was the traditional – and rather dreary and forbidding – residence of the French Kings. In addition to the new castle, she ordered the erection of sprawling gardens. No need to look for the Tuileries Palace these days: it was burned down to the ground in 1871 during the Commune.

What remains is the beautiful grounds of what is the first public garden in Paris. In 1664, Louis XIV decided not only to have the Gardens entirely re-designed by Le Nȏtre – the Rockstar landscape artist of the times – but also to open them to the public (or, at least, to the ones he judged “respectable”). After the Sun King and the Court left downtown Paris for the greener pastures of Versailles, the Tuileries became the center of the social and political life in Paris. It was the theater of countless events, from civil unrest to the first air balloons’ ascension. And the best news is that, four centuries later, the entrance to the gardens, which are also named as a UNESCO World Heritage Site, is still free! 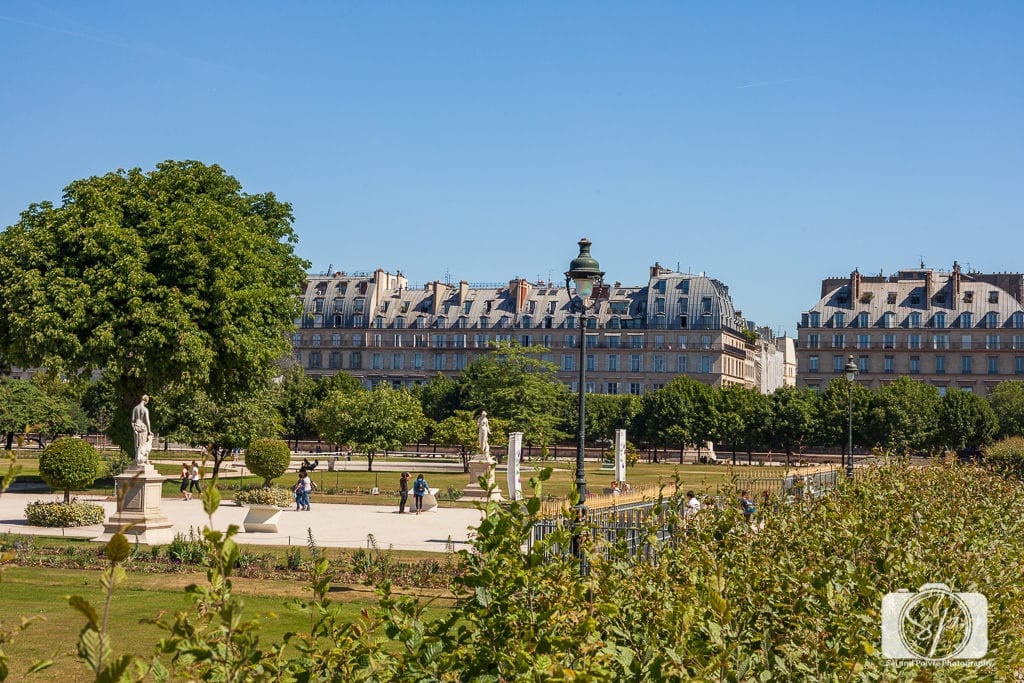 The Tuileries Garden covers over 22 hectares, most of which are accessible and stretches from the Louvre to the Place de la Concorde, between the banks of the Seine to the posh Rue de Rivoli. If it is your first trip to Paris, you must include it on your itinerary. It is pretty much in the middle, and within walking distance of some of the highlights of the French capital. It even has its own metro stop (Tuileries, on line 1). You can also access it easily from the Louvre (Palais Royal-Musée du Louvre on lines 1 and 7) or Place de la Concorde (Concorde on lines 1, 8, and 12). 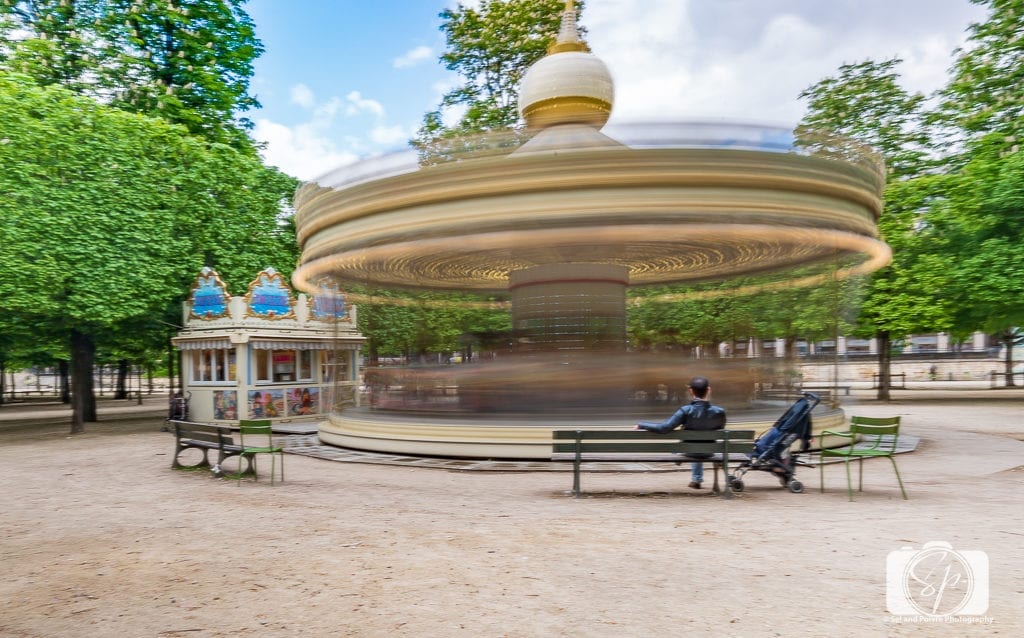 What’s in and around the Tuileries Garden?

You may think that you can just run through the Tuileries on your way to or from the Louvre. Frankly, that would be a mistake. Not only is it one of the most photogenic places in Paris, but there is also plenty to do in and around the area. These are spots highlighted in the illustration at the beginning of this post. 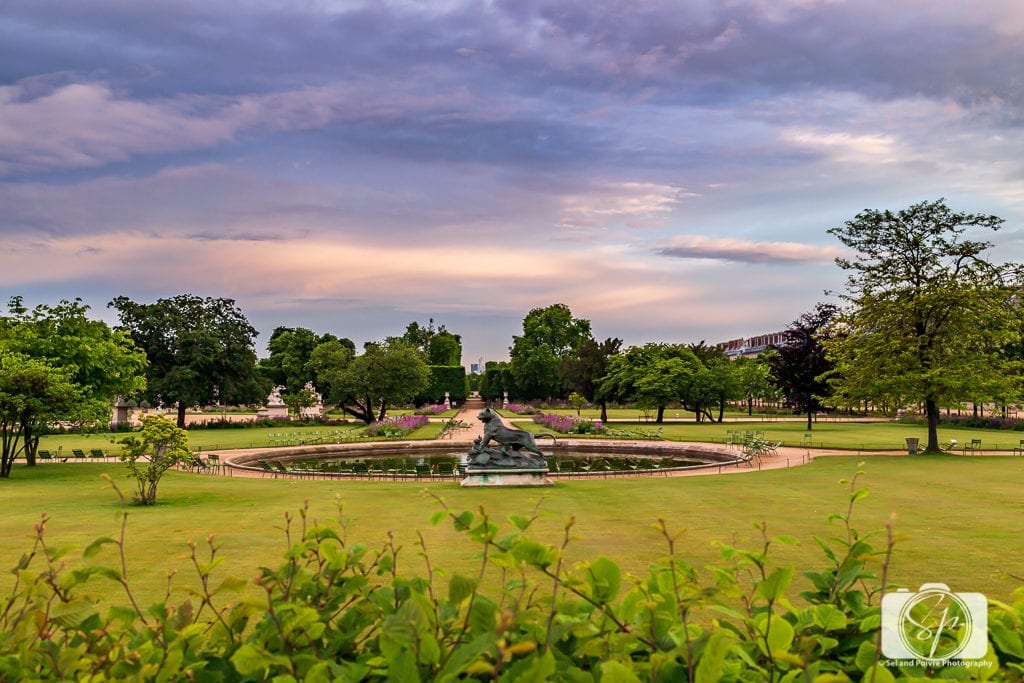 If you speak French, you can also follow the free commented visit, which takes place on Saturdays, Sundays, and holidays at 3.30 pm from April to October. For those who want to make an adventure of it, my friend Elisa has a wonderful self-guided scavenger hunt (in English) for the garden available for purchase. It is a very inexpensive, but unique way to visit the garden!

But more importantly, the Tuileries Gardens are best enjoyed at your own pace. It was conceived as a relief from the hustle and bustle of the city, and that’s how it should remain. For lovers of art, there are hundreds of statues disseminated throughout the alleys, ranging from the seventeenth century to modern artists. Get lost in the shaded alleys off the side of the main strip: they hide little fountains and hidden corners that are a delight. Even on the busiest day, you can still feel far away from the crowds. Sit on the green metal chairs (first come, first served) and enjoy a pastry and excellent people watching. Grab coffee or sandwich and eat in ones of the cafes nestled under the trees.

Next time you are in Paris, don’t just run through these beautiful gardens to get from one place to the next. Do like the Parisians, and make it your destination! 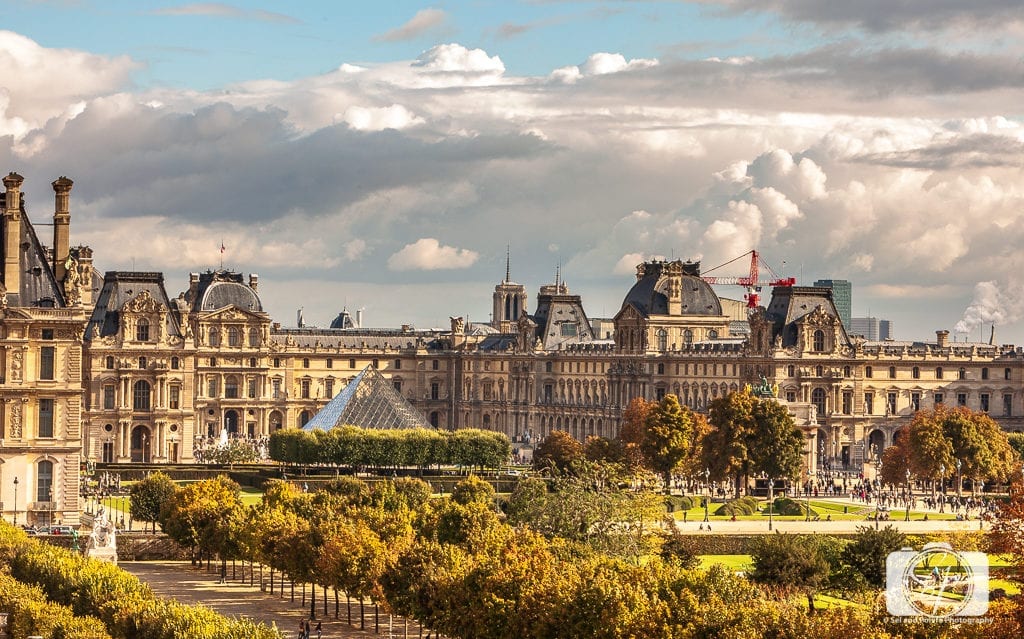 Quick Guide and FAQs about the Tuileries Garden

What is the price for the garden? Is there an entrance fee for the Tuileries Garden?

How to get to the Tuileries Garden?

The garden has its own metro stop (Tuileries, on line 1). You can also access it easily from the Louvre (Palais Royal-Musée du Louvre on lines 1 and 7) or Place de la Concorde (Concorde on lines 1, 8, and 12). It is pretty much in the middle of Paris and easy to find! It is part of the 1st arrondissement.

How do you pronounce Tuileries and what does it mean?

Tuileries in French is pronounced “twee-luh-ree” and it means tile as there used to be a tile roof factory on the grounds where the garden is now.

Fun Fact about the Tuileries Garden – The Axe

The Tuileries Garden is part of the Axe historique which is a line of monuments, buildings, and thoroughfares that extends from the center of Paris to the west. It is also known as the Voie Triomphale (triumphal way). Here is more info from Wiki Voyage. 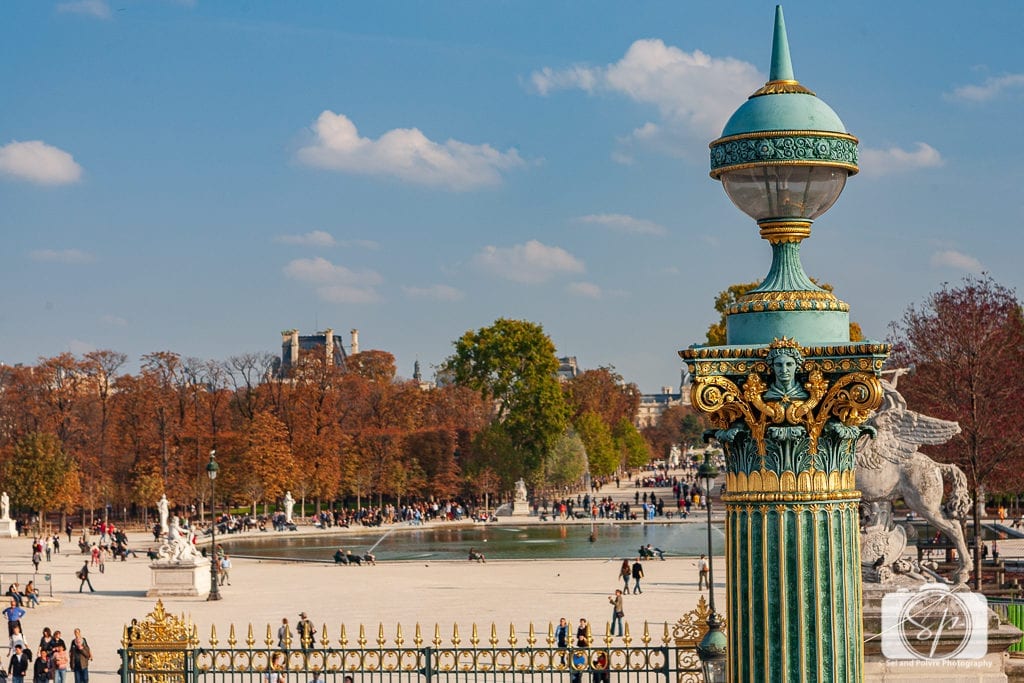 How about you? Have you visited the Tuileries Garden? What did you think? What was your favorite part?