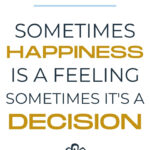 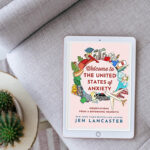 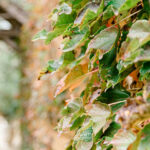 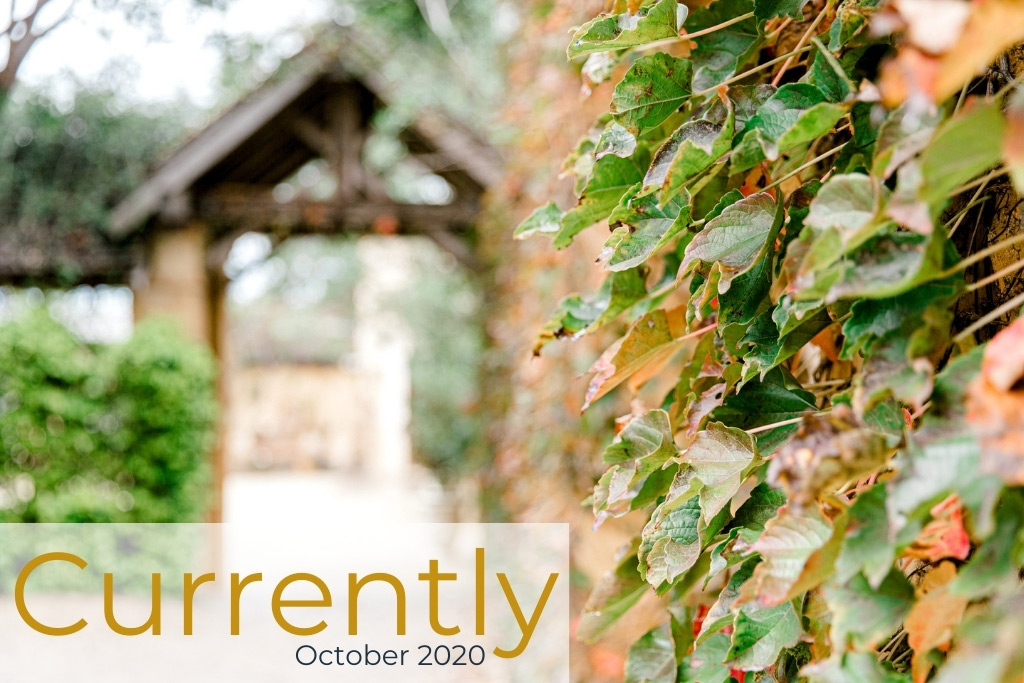 [Explaination of the name in April’s Currently.] As I write this I am currently “en vacances” although “ce n’est pas grand chose” (not a big deal) because I feel like we didn’t have a lot of choices for a destination. If things were normal I would have returned a week ago from 3 weeks in France. One week in Paris and 2 weeks in Brittany.

But things aren’t normal, are they?

Instead, it was staycation and day trips. We had originally planned to camp near the Blue Ridge Parkway at Grandfather Mountain. Mr. Misadventures was there last week for leaf-changing and even though it was midweek it was crowded. Cases are still rising in North Carolina (our Phase 3 has been extended until Nov 13) and we don’t want to be around crowds so instead, we headed to the peninsula for bears and birds at the beginning of the week. We checked out a few outdoor sites in Raleigh (Yates Mill and the 164-acre outdoor park surrounding the North Carolina Museum of Art) and ate some carbs (it’s vacation after all!) and checked out some spots 15-20 minutes from where we live, like Jordan Lake.

Last week I kept wondering why I was so excited about a week’s vacation then it dawned on me that I haven’t had a week’s vacation in 2020. I took 4 days off at the end of January to leave Phoenix and drive to North Carolina. I took a day to sign papers to close on our house at the end of February. And I’ve taken a day here and there including 2 days in August to go to the Outer Banks. But this is the first time I’m off for a full week this year!

And while I am not in France which isn’t doing so hot either (2 weeks ago most of the country was put on curfew between 9 pm and 6 am through the end of the year and then yesterday President Macron re-confined the country until Dec 1.) I recognized that I am lucky to have any vacation at all. I do not take my job in tech for granted. Particularly now when so many have lost their jobs or a loved one during the Queen’s reign.

I think the US will be facing its own type of re-confinement soon. I know that this will severely impact the holidays, but I am hoping that people will recognize the need to suffer short term for the greater good. The best we can do is take is 1 [safe] day at a time. 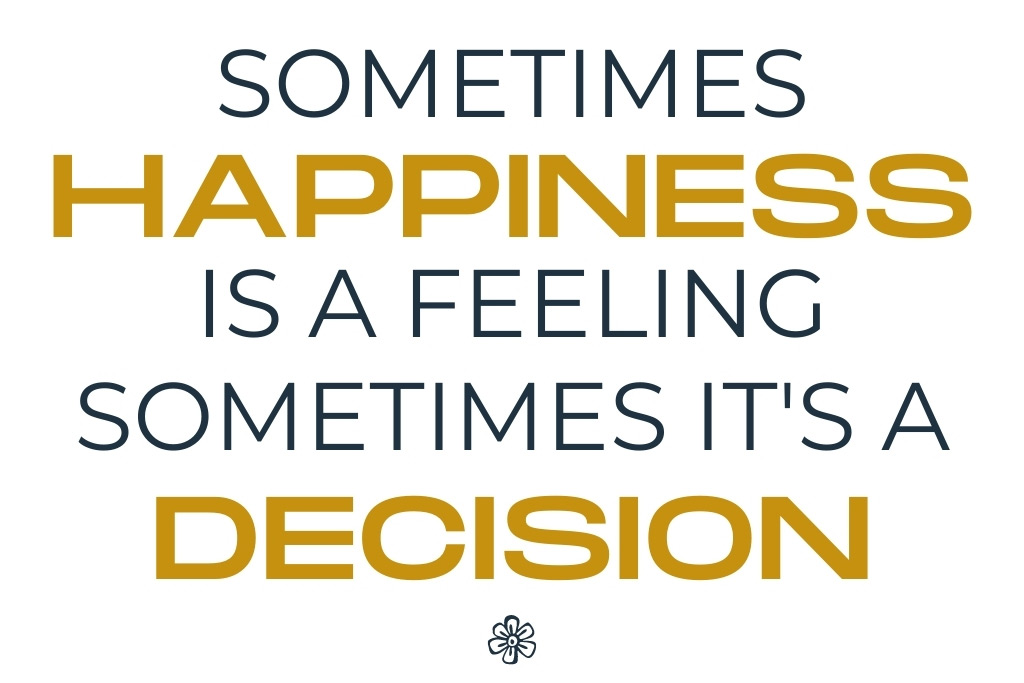 Now, onto October and what’s been going on in the Misadventures world! 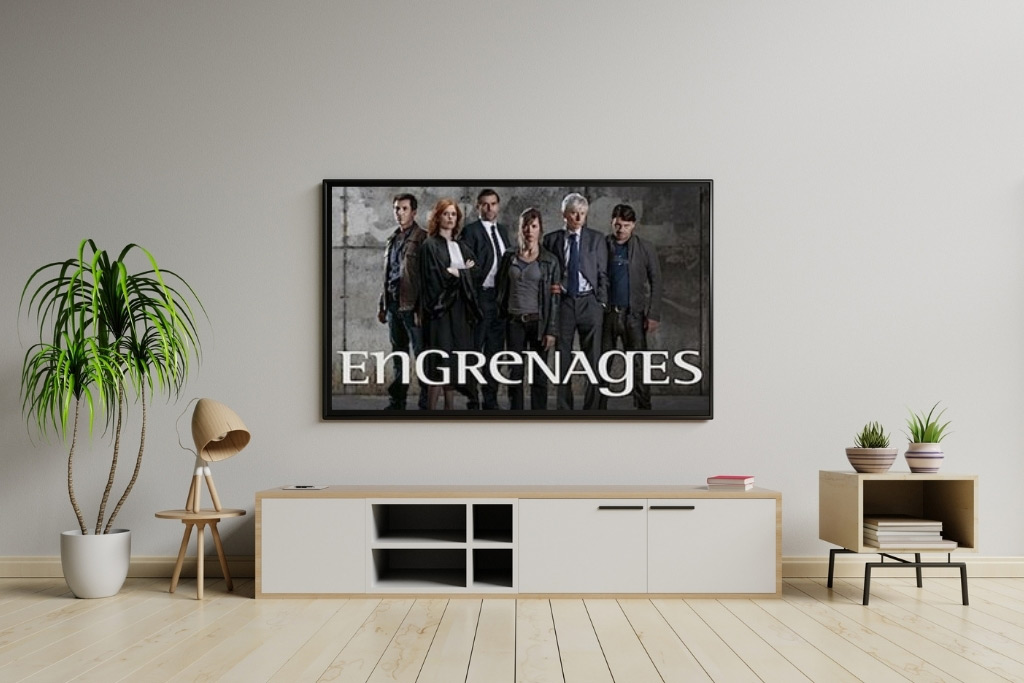 > Ever since summer ended, Mr. Misadventures has been out camping 1 or 2 nights a week, mainly to the Albemarle Peninsula but also to the mountains. That means I have been catching up on shows that I typically watch without the hubby. I finished getting through Season 4 of This Is Us and Queer Eye in Philly. And of course, I watched Emily in Paris.

The show has caused quite a fuss with expats and francophiles. I thought it was fluffy but having lived in France, worked with French people, visited Paris more than 50 times, and the spouse and daughter-in-law of French citizens, there were some things that were culturally accurate and lots that were big stereotypes. I can recognize that given my experiences, but I enjoyed the scenes around Paris, it was a nice respite.

At the other end of the spectrum is Engrenages (or Spiral in English) that shows the less sexy, problematic, and grittier Paris and its suburbs in a police drama series. The first 5 seasons are available with English subtitles if you have Amazon Prime. When you get to the 6th season you will have to subscribe to their add-on service for international shows which we were completely unaware of but so pleased to have stumbled upon because it has some additional French series that we know and love. When it comes to the last 2 seasons (7 + 8) you have to buy an additional add-on, in which case we said Basta (or Ça Suffit in French, which by the way could be the theme for 2020!) and ended up buying the DVDs from Amazon.fr!

Anyway, I love the series even if I want to slap some folks in it from time to time. And 2 of the actors are also in the cast of A French Village (Un village français) which is a Misadventures favorite.

During our weekend in Black Mountain, Mr. Misadventures and I watched Enola Holmes (really enjoyed, wish it was a series) and Social Dilemma (nothing surprised me here as I have worked in social media for a while).

Reading | Welcome to the United States of Anxiety 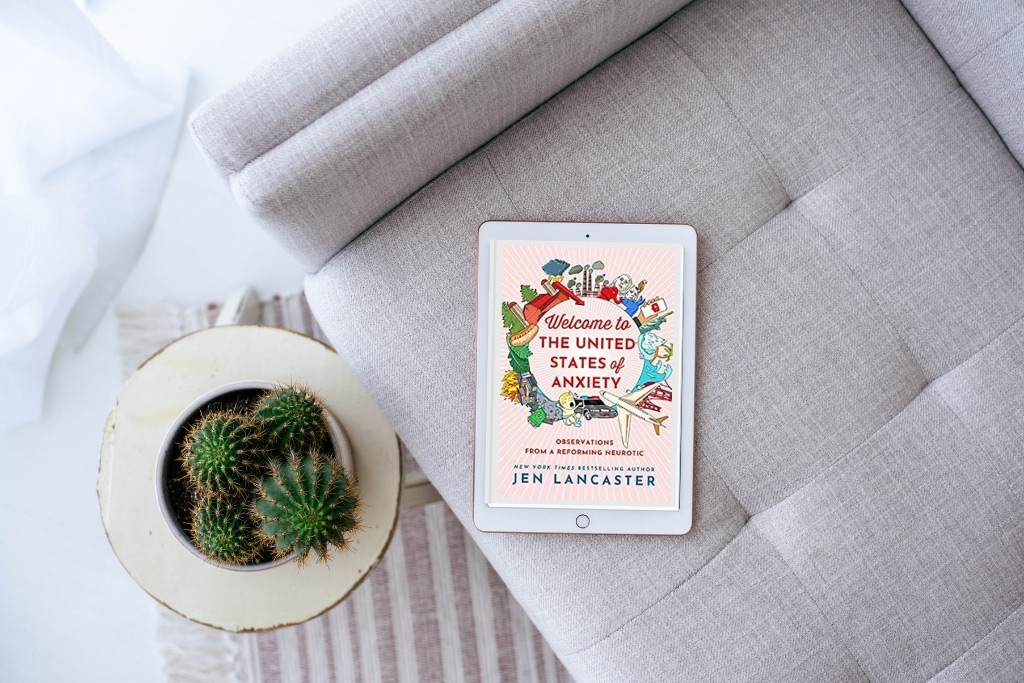 > Misadventures with Andi is 12 years old and if you have been reading awhile you will know that I have read each and every one of Jen Lancaster’s books. At least once in her books I will actually guffaw out loud or laugh until I cry. This is a very different book. Its timing is eerie to given the Queen. In fact, she wrote the forward in March as the U.S. was going into confinement. Despite its seriousness (it is still humor-based), I am still enjoying it. Particularly since we around the same age and I relate to a lot of the cultural references and experiences.

Seriously, I need to get to these!
Nine Perfect Strangers by Liane Moriarty, on par with Big Little Lies (which I love!)
The Cheffe: A Cook’s Novel by Marie NDiaye, the (not very easy) life of a female chef in France.
The Wangs vs. The World by Jade Chang, if you like Crazy Rich Asians, this is supposed to be on par.

> Following a low carb lifestyle, we don’t do rice, pasta, or bread (unless it is a low carb version) so we haven’t had a good reason to try any bakeries in the Raleigh-Durham area. However, since we could not travel to France, we decided it was perfectly reasonable to go get a little France. When the Queen first arrived in town we saw a local news story on Union Special Bakery in Raleigh. They were doing everything they could to keep their employees working and their commitment to feed communities around them. They have a “pay it forward” loaf that you can purchase to assist with these efforts. I started following them on Instagram after that and through the months I could immediately recognize that they were baking good bread. Trust me after living in France and being with a Frenchman for close to 20 years you can immediately recognize a baguette from a good! Union Special has the good stuff and we immensely enjoyed our jambon-beurre sandwiches this week!

> I have been working on a massive gift guide for 2020. I have several individual gift guides that I update each year, plus the main one and they take A LOT of work! It’s taken me about 2 months to get it together and will be out (fingers crossed) next week. 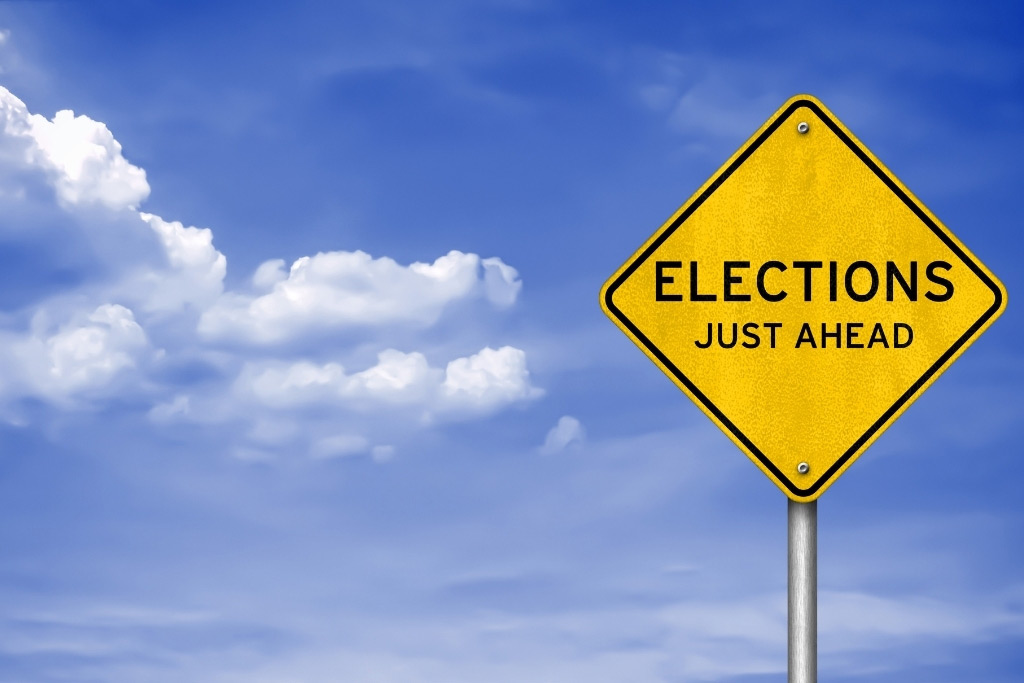 > I don’t write a lot about politics here, but I am anxious about the election. More than anything I just want it to be over. I want to know what the next 4 years are going to be like. I experienced voter suppression in Arizona but got my votes in any way. The process in North Carolina to receive our ballots in the mail and to drop them off has been flawless. Mr. Misadventures turned them the first day of early voting and we received notifications that tracked them the entire time. North Carolina is a swing state very much in play, so our vote is important. No matter what your party affiliation, I encourage you to get out and vote. Every voice counts!

> Mr. Misadventures and I have been trip planning, we have Plan A, B, L, M. You name it. But we have sort of exhausted what we can plan for. Moving into winter, we won’t be going anyplace where we can’t camp so it just depends on how cold it gets. We have cold-weather winter insulation for our Tepui tent and sleeping bags that can handle super cold weather. We have all kinds of cold weather outdoor clothing and gear. It will largely come down to the roads. Of course, grey overcast skies are not good for photography so we hope for cold but clear. So now we are weather hawks ready to camp at a moment’s notice.

> As I mentioned earlier, this blog is 12 years old. That means lots of posts and above all, lots of images. An important aspect to look at when selecting hosting is not only how many visitors your tier supports, plus SLL and CDN, storage capacity is a huge deal. I had been with WordPress Engine since 2017, but I had reached storage limits and the next tier up was double the price. I turned to blogging friends who let me know about Big Scoots. They had raving reviews in one of my blogging networks so I gave them a shot and am super pleased. The migration was a breeze, I increased my storage capacity and REDUCED my monthly payment. 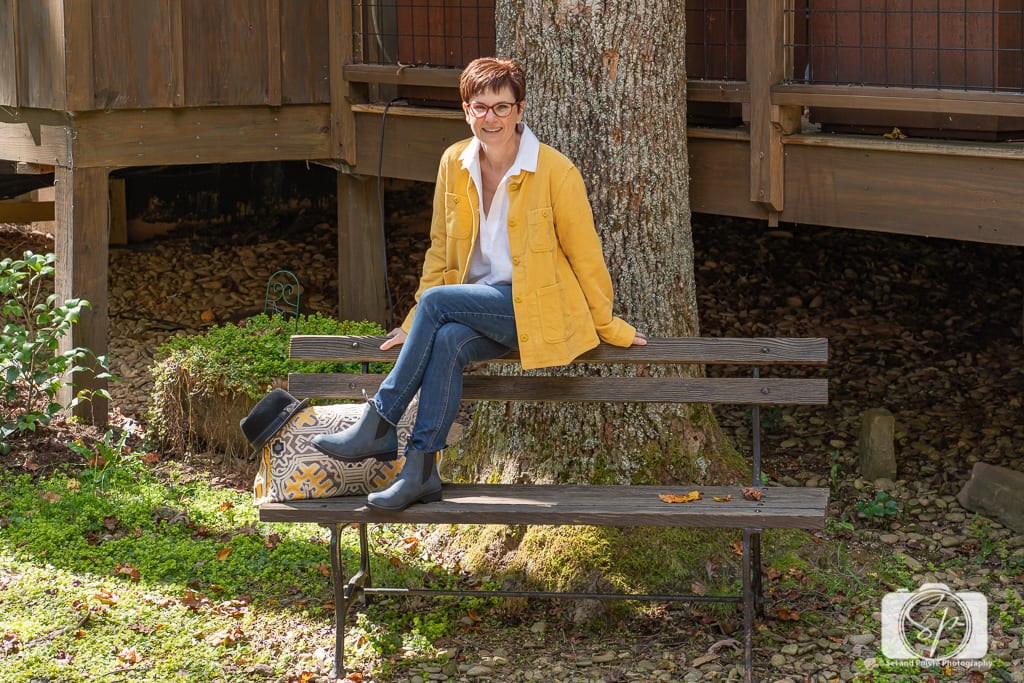 > I think it is so important to build long-term relationships with brands. It is something I have always advocated for when I am on the brand side. But very few brands actually do that. But one brand that does is Jambu. I have had the pleasure of working with them for 5 seasons (going into my 3rd year) and besides actually being an amazing shoe, the brand is a joy to work with. I wear a pair nearly every day and neither I nor my feet have any complaints. If you are looking for a comfortable, fashionable adventurous show that you can take from mountain to street, check them out. You will not regret it!

I feel like the months just flew by since we're mostly just at home. It's good to take a break and enjoy a vacation. Hope the elections will go well!

I love your "currently" posts. I too am nervous about the election and am looking forward to it being over!

Sometimes a local vacation or staycation can be the best. But I am looking forward traveling hopefully sooner than later.

Loved reading this post! It is an anxious time, I'm feeling that too. But you've shown there are comforts to be taken. Will check out your recommendations!

I wish I had time to travel more, I'm hoping to make more time when things (fingers crossed) go back to more normal I can plan more trips and make more memories.