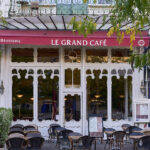 Coco Chanel is more than just a name synonymous with luxury, elegance, and refined clothing; she was an unstoppable force of nature in the fashion industry who introduced little black dresses and tweed suits for women. While Paris was certainly a defining place in her life, Moulins in central France was where she earned her nickname Coco and began her journey in the world of fashion.

Moulins is a commune located in central France, to the north of Vichy. It is named after the many mills that were once located along its river. Moulins is a very common name in France, so to avoid any confusion, it is often called Moulins-sur-Allier.

Read my full article on Vichy: Vichy France: Queen of Spas and more…

Why did Coco Chanel go to Moulins?

Gabrielle Chanel spent her childhood in rural France where the lives of the poor were rarely documented. As such, not much is known about her early days but we do know that she and her sisters grew up in an orphanage after the death of their mother. The strict rules and the rigid lifestyle of the orphanage did not break her spirit but strengthened her resolve to make something of herself.

At the beginning of the 20th century, Chanel left the Aubezine convent in Corrèze. She joined the canonesses of the Institution Notre-Dame de Moulins. It is here that Chanel finds her Aunt Adrienne, one year her junior. She is also introduced to her grandparents who live in the city center in Moulins, on rue Fausess-Braies.

The nuns of Notre Dame would teach the young women under their care a few trades. Once the young women were capable of working on their own, they would go out and find a job. At the institute, Chanel learned the basics of sewing, and along with Adrienne, soon found her first job as a seamstress at Maison Grampayre located at the corner of rue d’Allier and rue de l’Horloge, a prosperous clothing business in the city.

This is where Chanel learned about the details of clothing and textiles. The two women would welcome customers, take their orders, sell from the shelves, and even make alterations. Gabrielle and Adrienne were soon assigned to the bourgeois clothing department where distinguished ladies would come to get supplies and laces for their households. During this period, the two women lived in an attic just above the store.

They eventually moved out and rented a furnished room in one of Moulin’s famous districts, on rue du Pont Ginguet. Here, they began their own sewing and when they had the time, slowly built a list of loyal patrons.

Gabrielle and Adrienne used to visit the Notre Dame Institute every Sunday for choir. Gabrielle was passionate about singing, so much so that she performed in one of the cafes every evening.

Le Grand Café, an Art Nouveau brasserie at La Rotonde was a hip and happening place in Moulins, mostly visited by the garrison officers. In 1904, Gabrielle was hired as a pauseuse, a singer who fills up the silences between two acts.

Gabrielle became popular in the cafe for her song, “Qui Qu’a Vu Coco dans l’Trocadéro?” (Who saw Coco in Trocadero). Soon after, whenever she performed, the crowd would cheer by calling her Coco, and Gabrielle Chanel eventually became Coco Chanel. The name would stick with her long after she left Moulins.

Seeing the cheering crowd at Moulins, Coco decided to try her luck in Vichy in 1905 but due to her thin voice, her singing career did not see enough success. She did find some seasonal jobs in the spa town of Vichy but soon had to come back to Moulins.

Read my full article on Coco in Vichy

A Fateful Meeting in Moulins

While coming back to Moulins may seem like starting from square one, it is here that Chanel would find the first turning point of her life. In 1906, Chanel met Étienne Balsan, a former cavalry officer and the wealthy heir to a textile fortune. Even though their romance lasted just a couple of months, her time with him was what changed her destiny and paved a path for her future.

At the age of 23, Chanel had become Balsan’s mistress and moved to Compiegne with him. Balsan’s chateau was a great improvement in Chanel’s life. She was finally able to live a lavish lifestyle where she would ride horses during the day and mingle with the high society and Balsan’s friends in the evening. Balsan, for his part, did everything to keep Chanel happy – from showering her with gifts and jewelry to pandering to her whims and fancies.

Living a luxurious lifestyle also meant Chanel had a lot of spare time on her hands. Looking to fill up the idle hours of the day, Chanel began to create her own hats. Her designs were such a huge success that ladies who visited the chateau would place an order with Chanel.

A few months later, Chanel met Arthur ‘Boy’ Capel, an English aristocrat and a close friend of Balsan’s, who would become her one true love. In 1908, she left Balsan and moved to Paris with Capel, the city where she would find new heights of success.

Read my full article on Coco in Paris

While most of it has been restructured or redesigned, the town of Moulins still contains some traces of Coco Chanel. Here are some places that Chanel frequented during her stay in Moulins.

Like all the other pedestrians of Moulins, Coco Chanel loved to visit The American Cafe. Built in 1903 by Humbert Robiolio, the cafe is no longer open today, but it is still possible to admire its gorgeous Art Nouveau-style facade.

Maison Grampayre was where Gabrielle and Adrienne were first employed as seamstresses. Back in the day, the Maison was a bourgeoise shopping hotspot. Today, the clothing shop has been replaced by a telephone store but the building still shows traces of the word ‘lace’ in French.

Address: the corner of rue d’Allier and rue de l’Horloge

Le Tentation was a hip and happening tea room of the 1900s. The fashionable crowd often included Gabrielle and Adrienne. Today, the tea room has been replaced by a clothing store that retained its original mosaic.

Coco Chanel often visited her older sister, Julia-Berthe Chanel, who along with her husband lived at 21 Place de la Liberté, just behind Le Marché Couvert (the covered market). The Covered Market has always been the commercial heart of the city. Merchants and vendors used to gather at the market every morning to cater to the residents of Moulins.

The stylish cafe where Gabrielle became Coco, Le Grand Café was the heart of entertainment. With the beautiful Art Nouveau facade with mirrors, painted ceilings, and a glass roof, the cafe was lively chaos of military men. This is where Gabrielle sang her songs and was nicknamed Coco.

Coco Chanel’s time in Moulins was important for a variety of reasons. If you find yourself in Moulins, be sure to check out these key locations associated with her – they give insight into her fascinating life and career.

How about you? Did you know the origins of Coco Chanel’s life? Have you been to this region in France? Do tell! 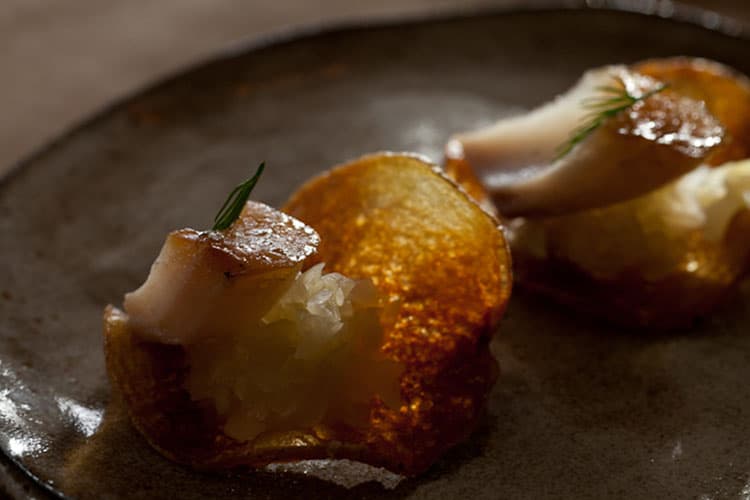 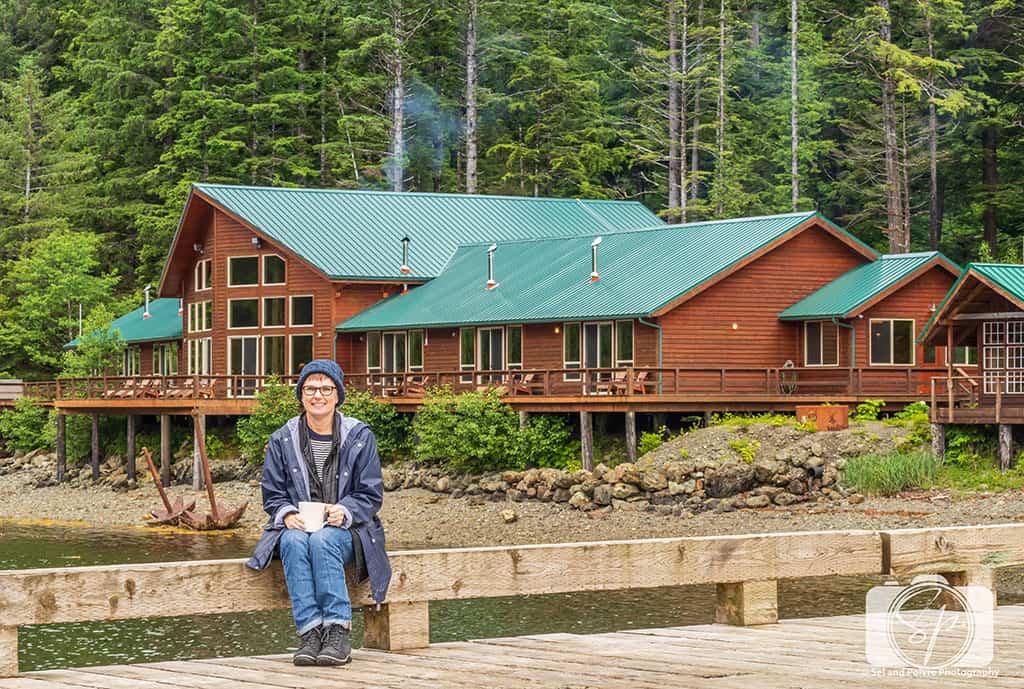 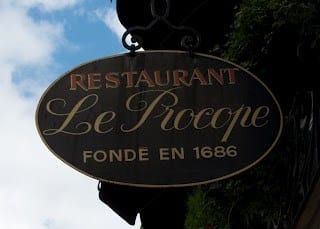 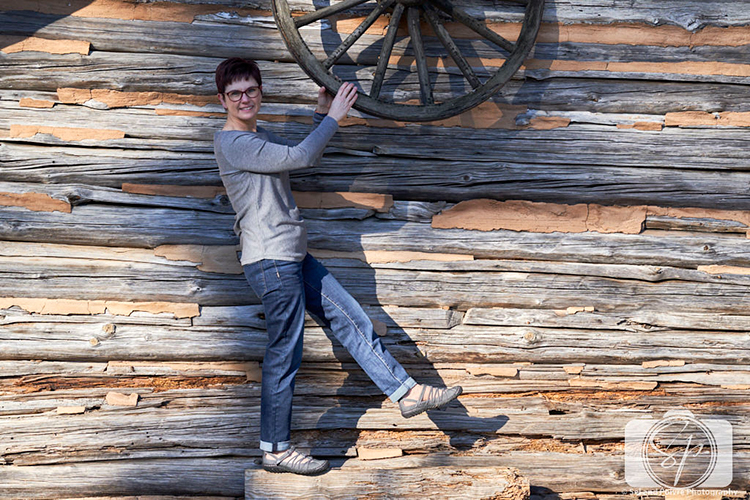 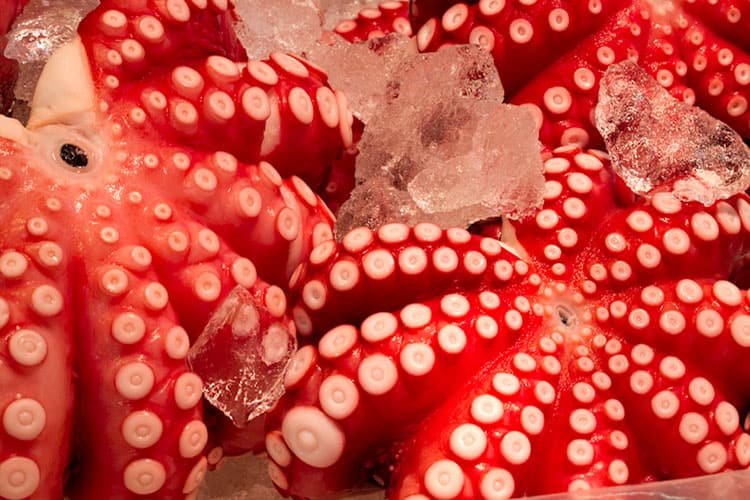