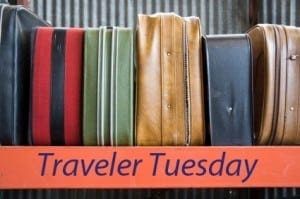 You would not believe how psyched I was when Kristin of Camels & Chocolate agreed to appear on Traveler Tuesday! It’s not that she’s too snobby to do it, far from it, this travel writer was born and bred in the South so she is all charm, but she is so darn hard to pin down. She’s a wiggly one, always on the road somewhere. Even when she is “home” in (or near) Nashville you’ll find her out and about at a concert, a sport’s game, or off with some of her extensive family members having a good time. 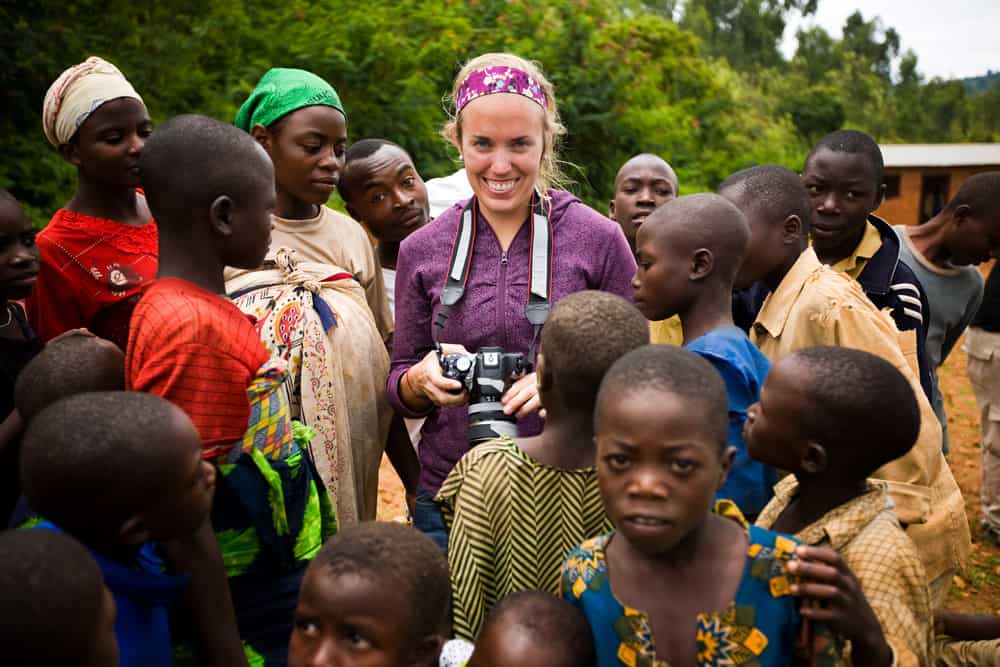 She is also really, really bored all the time. Despite being a professional writer/journalist and a blogger which takes up a lot of her time she has also become a certified travel advisor as well as a first-time homeowner, but not just any home, one that was built in the 19th century and needs massive renovation, just another little side project for this little lady, her adorable husband and their fur child, Ella. Who knows what she’ll find to occupy her spare time next! 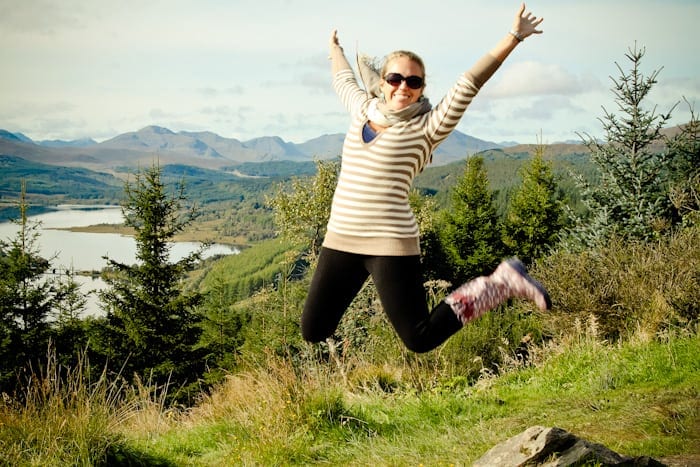 And you know what? She does it all with an energy that is infectious! You really have to push her buttons before she will say a disparaging word (I must apologize for CDG!), she is exactly the kind of blogger I like to read. Fun, dynamic and on the go and above all an excellent writer.

Well, I could just go on for days, but instead, I’ll let you check out Kristin’s responses to my Traveler Tuesday questions. 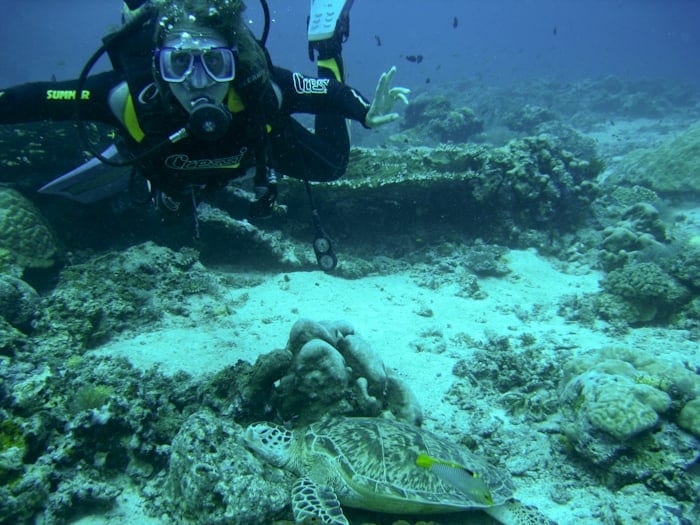 My first plane ride was to California when I was nine months old. Apparently, I cried the whole time. (Can’t say I remember that; also, my mom has a tendency to embellish.) As kids, my sister Kari and I were able to do a good deal of traveling around the United States, thanks to our jetsetting mom. Kari hit all 50 states at the age of 21; at almost-30, I’m still lingering at 49 (Iowa evades me).

In high school, my mom took our whole family to England for Thanksgiving one year and me to Italy just before I graduated. We also did some traveling to the Caribbean and Mexico. But I didn’t ever travel on my own accord until the summer between my sophomore and junior years in college when I decided to backpack solo around Europe—my first time going abroad for a long stint of time, and alone at that.

I’d say that was the point when I became a true “traveler” in every sense of the world–and when I knew I’d never live a stationary life again. Luckily, I married a guy–a fellow American I met living abroad in Holland, go figure–who shares my curiosity and wanderlust. 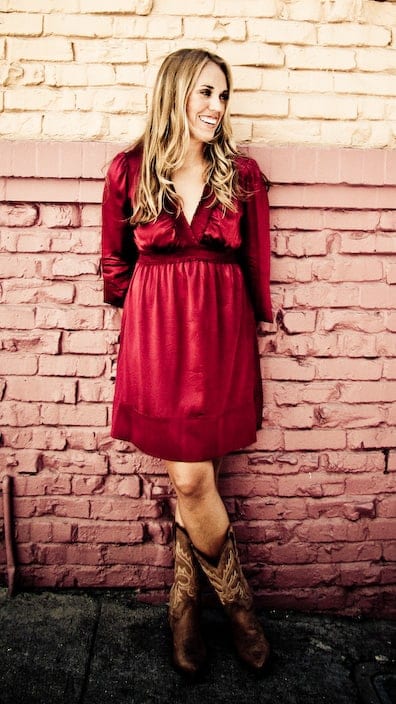 The train. Truth be told, I’m still a little bit wary of flying, but I love the train system in Europe and think it’s such a convenient combination of “sightseeing” and getting to where you need to go. Plus, European trains are far more comfortable and spacious than any plane I’ve ever been on!

During takeoff, I catch up on the pile of Entertainment Weeklys that accumulate on my office desk. And then, if the plane has personal TVs, I inevitably spend the duration of the flight sucked into whatever movies are on offer. I’m a pop culture junkie, so I sacrifice sleep in order to catch up on the latest new releases I may have missed in the theater! I always have my Kindle in my purse, too, so if the entertainment options are minimal, I break out a book instead. While I never travel without my MacBook Pro, it’s very rare that I’ll actually use it on the plane. I feel that flying is the one time I can really disconnect from technology, and that’s what I love most about spending so much of my life on planes. 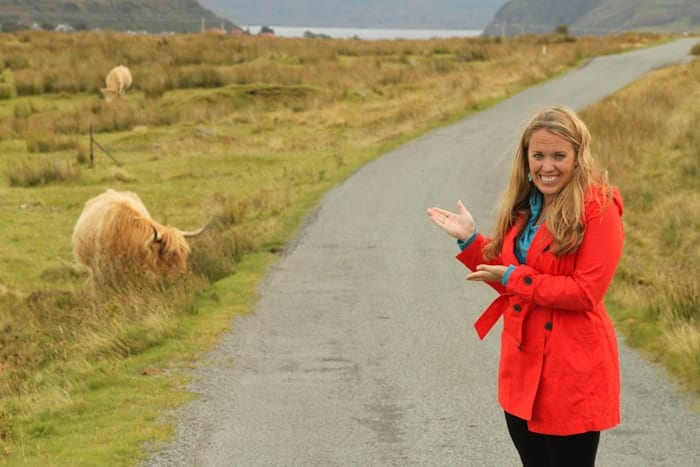 I wouldn’t call myself the most adventurous eater–in fact, I didn’t even really eat meat or seafood before moving to California in 2008 (don’t worry: being a San Franciscan changed me in more ways than one!)–but I do try to sample the local delicacies, from kangaroo in Australia to black pudding in Scotland (and, of course, chocolate always!). I worked on a ranch during a couple of summers in college, and we would have to put down any rattlesnakes we encountered as they were a threat to the children, and I distinctly remember the staff sitting around the fire and roasting up a fresh snake one evening during training. (You called for memorable, right, not appetizing?!)

I’d say my most favorable memory, though, was when I went on a progressive dinner tour of Rarotonga in the Cook Islands. The group had three different courses at three different locals’ homes. Not only was the food fantastic, but the company was excellent, and I got a true peek at authentic islander life. 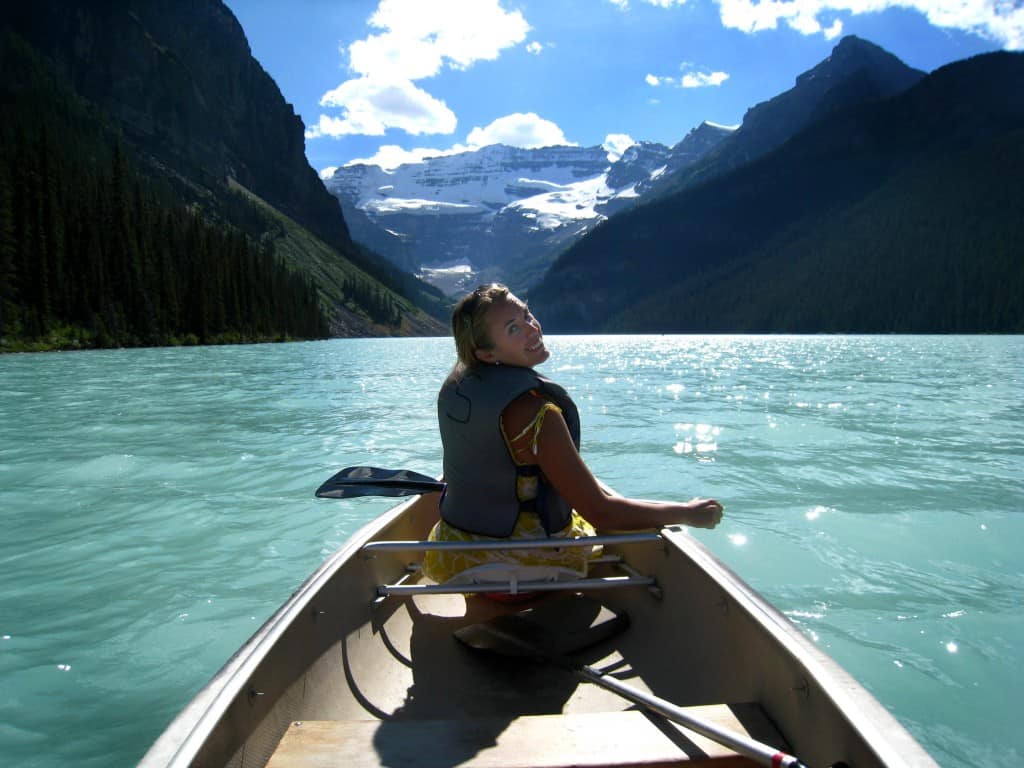 Write for yourself, not for SEO purposes. If you start trying to tailor your blog toward Google standards, a) not only will the algorithms likely change the next day but b) you will grow bored of it very quickly. I like having a personal narrative slant to my blog–it keeps things interesting not only for me as the writer, but also for those reading–so you won’t see a whole lot of “best ofs” and “top 10” lists on my site for that very reason.

Thanks Kristin, you are such an inspiration!

You can catch more of Kristin on her blog or Facebook page and check out her chatter on Twitter, or fall in love with her photos on Flickr (she’s quite prolific!) wherever you catch her (if you can), I am sure you will enjoy her adventures! 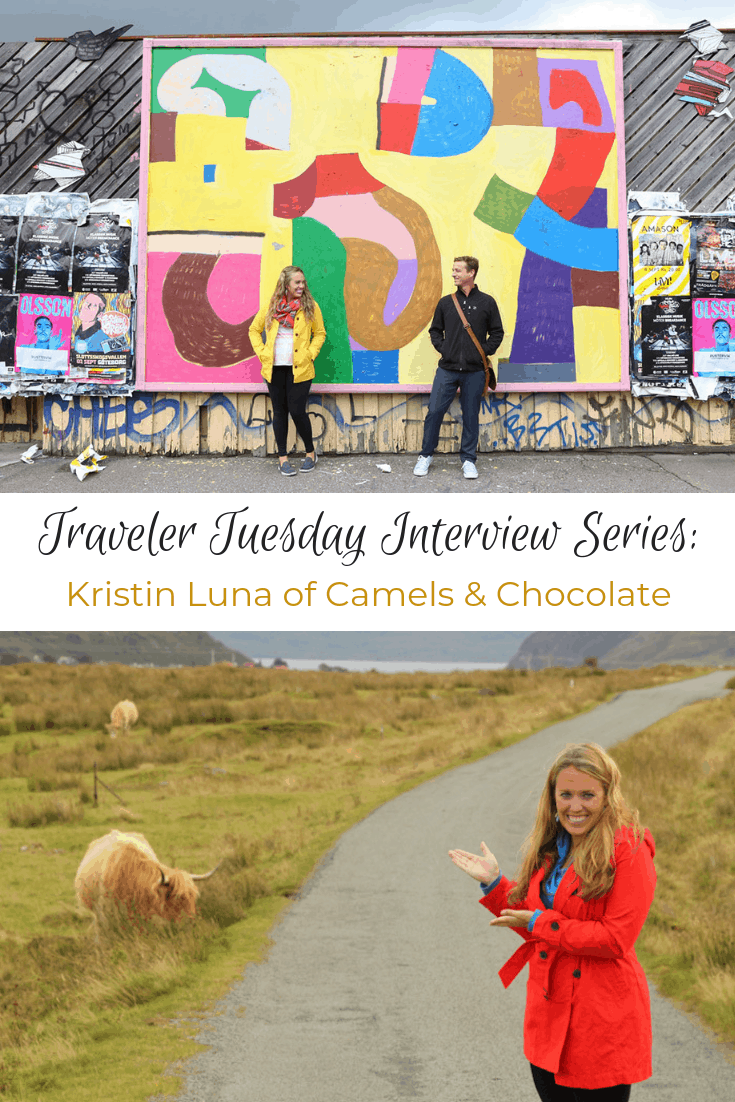 Trip Report - Portland for the weekend
← Previous
French Friday – A Passion for Paris with Daisy de Plume
Next →
Click here to cancel reply.

oh wow, that picture in the boat, that water is incredible looking :)

I am so envious! I dream of travelling around the world and experiencing different cultures. I'm glad Kristen can and that she shares her adventures with us. I also appreciate that she reminds us bloggers that we should write for ourselves and not SEO- it's sometimes hard to remember all that.

@Anna, like I always say, you don't have to travel far to travel. There are great experiences to be had every where!

I wonder if she ever misses the feeling of being "at home".

@Cassandra, she might as she recently bought a house and is settling down a bit more!

That last picture is gorgeous! I am glad to see that she does not tailor her blog just to get more traffic, but rather to her style and experiences. I think you get more information from someone who writes from the heart. The progressive dinner idea sounds like a great time! Thank you for sharing this interview!

@Jessica, Kristin is amazing and I am glad you liked the post.