Tokyo’s Nagatacho Kurosawa – the art of the meal 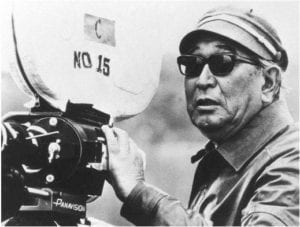 Every movie buff of a certain age is very familiar with the classic The Seven Samurai. It is a movie by Japanese director Akira Kurosawa, one of the world’s most influential filmmakers. George Lucas was a big fan and the light saber scenes from the Star Wars are a tribute to the ways of the samurai. What people may not know is that Kurosawa was also a talented artist as well as a restaurateur.

During my stay in Tokyo I had the pleasure of dining at his restaurant, Nagatacho Kurosawa. And pleasure is the appropriate word as it was pleasing to all the senses. During the six-course meal the visual presentation, divine smells and exquisite taste made the evening a culinary delight.

There are many options for menus, but this is the meal that I had: 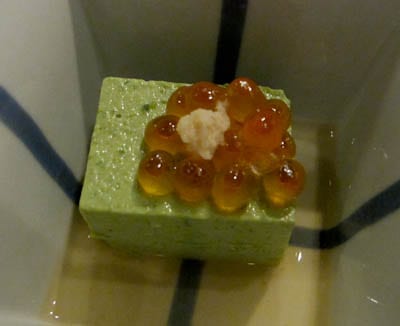 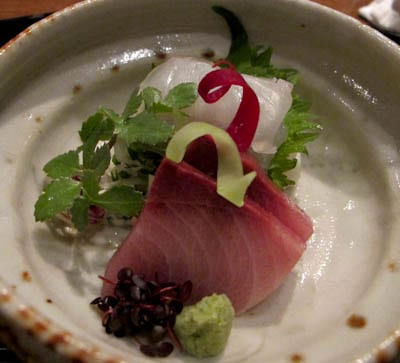 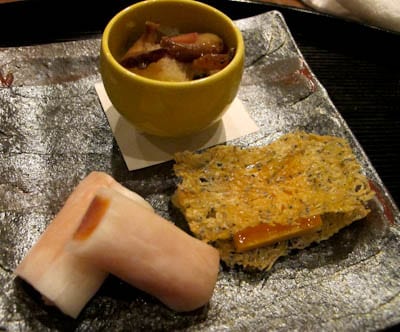 Then there was a salad that I can’t remember all the ingredients, although I know that is mushroom on top: 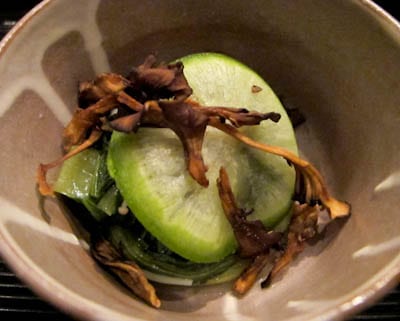 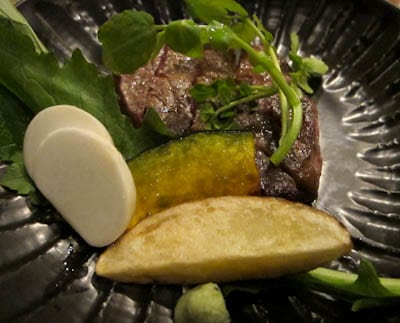 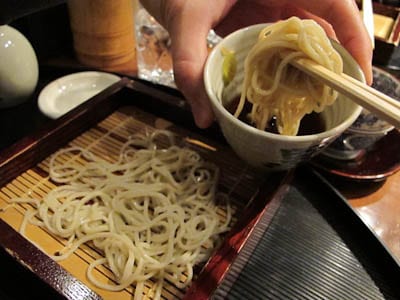 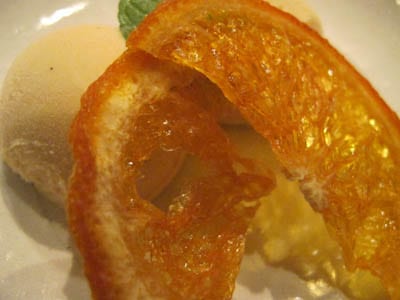 Despite the numerous courses, the actual quantity of the food was no more or no less than the perfect amount. Harmony, beauty, balance, it is omni-present in Japan. That’s not to say there is never over-indulging, but it is not the norm.

The meal was delectable. The accompanying ambiance was that of  the ancient samurai and perfectly matched the food and decor. I look forward to trying the other three Kurosawa restaurants on future trips.

Truly the fates had a funny idea when they sent me off to a place like France, when really my so much of my heart, mind, and stomach are in Asia. Maybe it has something to do with being tantalized by the "Otherness" that Asia is. It can be so radically different from Western culture and that trips me out (in a good way).

These photos and this food are just incredible. INCREDIBLE. I am so happy for you that you got to experience this!

I hope you are fully on the mend from not only re-entering after being in the Asian time zones, but also from your illness. Good thoughts have been coming your way. :)

Be well, and thank you again for this post. I'm starving now, lol! Must go eat more breakfast...

@Karin, thanks for the warm wishes. My friends say that I was Asian in another life since I love the food so, so much...and the culture as well!