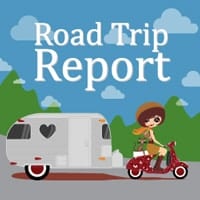 By Day 6 I was feeling a bit tired, the previous day in both White Pocket and Cottonwood Cove had been amazing, but the heat and driving and lack of sleep was sneaking up on me. We rose early and headed back to Kanab to meet Will James, our guide for the day and owner of Dreamland Safari Tours. We were going to spend the day doing a photography tour through The Grand Staircase-Escalante National Monument area and we had a great time.

The Grand Staircase is a landscape concept, rather than an actual monument or site, which covers nearly 2 million acres of land in Southern Utah. We started out driving through Johnson Canyon an area originally populated by the Anasazi, an ancient Pueblo civilization spread throughout Arizona, Utah, New Mexico and Colorado. The area was then homesteaded by founding families of the Mormon Church, some of the land still held by the original families. We got to see a peek of the Vermilion Cliffs when we returned from Lee’s Ferry the day we went river rafting, and we would catch more of them throughout the day.

But first we visited a slot river area off the Willis Creek Trailhead where we did a little hike on the river photographing up and back. It wasn’t yet super hot and we were on the water so it was nice, but we were there at the worst time of day for photos. It would have been better earlier or late in the day when the sun was not directly above us.

Will had run ahead of us as we took our time taking photos when we returned to the car after hiking back up the river we were met by lunch prepared by the capable hands of our guide! It was nice to be taken care of. Then we headed to an area called Kodachrome Basin. Before this area was a state park it was visited by National Geographic magazine who photographed the area using Kodachrome film for a 1949 photo-spread, hence its name.

While approaching the main attraction we spotted pronghorn antelope grazing on Sego lilies like the ones I had seen while hiking the Overlook Trail in Zion. We watched them for a bit and drove to see Grosvenor Arch, named after the former president of the National Geographic Society.

After a short visit we made our way to Candy Lane on Cottonwood Road following the cockscomb stopping here and there to take more photos of the area. I nearly had a heart attack driving up a tiny [crazy] and curvy road to get a look at the Brigham Plain Overlook, something that Will said we definitely would not want to do in wet weather!

As the day started to close we had two more spots to hit. We drove through the badlands on Cottonwood Narrows North to see fossilized clams and oysters that were formed over 100 million years ago, part of the Dakota formation. I was blown away that I could just walk right up and touch something that old! I guess that is the macro side of me, because I took a ton of photos, I was in such disbelief. Here are some clams:

I mean seriously, they look like they were left there last month! And here are some oysters, which looked a bit older, as in older than last month…

I was pretty much toast but Will insisted that I wouldn’t want to miss the view over Rim Rock. I trusted him and we hiked the 1 mile (in sand) to the edge to catch this view of the plain and the Hoodoo Overlook:

Our last stop of the day was to check out the Chinle Formation named after Chinle Valley in Arizona where the you find the painted desert and these formations do look just like them. It’s a really beautiful area but probably better for photos in the morning.

We drove back to Kanab all the while enjoying great conversation with Will who had been an exceptional guide and host. We definitely plan on coming back to the area and will be hiring him again. It was a jam-packed day, I sort of equate it to a cruise, it is a good way to see if a certain areas piques your interest and if you want to return and spend more time there.

The next day we would be leaving our base-camp in Page and heading to Monument Valley.

How about you? Have you visited Cottonwood Cove and have any tips?