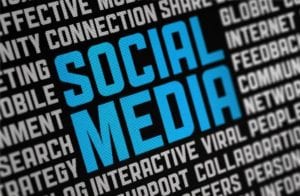 The demise of Google Reader is not new news. There have been hints of it for sometime, but last week Google confirmed that the RSS will definitely be going away July 1st. There are a ton of great articles on alternatives from all the normal sources such as Mashable, ExtremeTech, CNet and Lifehacker so I am not going to list them here.

What I am going to say is: start early.

I have spent the good part of the last three days figuring out a solution that will work for me. Trust me that had not been my plan! I had better things to do, but as blog reading is an intregal part of my online life, once I started exploring options I was stubbornly determined to get this issue resolved!

Let me start by saying that I had 1421 sites that I am subscribed to, so my solution needed to be one that can handle that quantity.

I attempted Feedly. It presents in a magazine-like view which is quite attractive and aesthetically pleasing to the eye. And while I did not abandon it completely, it is not the utility I need. Plus is takes forever to load my sites. To be fair I am not sure if that is just a “the first time” problem or one that would be ongoing, I did not have the time to explore more, but will keep looking at it.

I then tried The Old Reader which appeared to be very promising until it kept crapping out with an error on the import which I believe is due to the large queue they have of people trying to move their feeds, but in addition there was a note that indicated that they max out at 1000 sites. I have 1421, so which 421 would be dropped? And I want to be able to add new sites. I could create a second account, but that is a bit of a pain.

My third and final attempt was with NewBlur. I should mention with the influx of demand from people switching over, the free version no longer seems to be available, although I found the price of $24 to be reasonable (as long as they don’t go away!). It can handle more than 1000 sites, but it took six hours to complete the import from Google Reader! That was begun Friday afternoon and finished by early evening.

Part two included four hours on Saturday and going on four hours today. I have been in the process of re-connecting feeds that had a problem on the Google import and deleting sites that haven’t published a post in the last 6 months. So far that activity has actually reduced the number of sites I am subscribed to a more “reasonable” 907. Thus far I am liking the interface and once I finalize the categorization, etc. I will try out the “Intelligence Trainer” which teaches the reader the types of content I like best – should be interesting.

This has been a huge time investment, which I know in the long run will be to my benefit, but there are better things I could have done during a sunny weekend in the San Francisco Bay Area!

So, my recommendation to you…if you rely on Google Reader for your blog reading and news updates, start thinking about a solution soon! Also don’t forget Feedburner is going up in smoke too and you need a solution for that as well.

How about you? Do you rely on Google Reader? Have you tried a different solution?

Travel Tip Thursday - How to travel Europe on a budget
← Previous
Traveler Tuesday – Lindsey Tramuta of Lost in Cheeseland
Next →
Click here to cancel reply.

I am so upset Google Reader is going away. It was such a simple, well-working tool. Google is really doing everything to make us upset right now (iGoogle, which I love!, is going away, too, and the Gmail makeover was so unnecessary).

I am currently on the "waiting list" for The Old Reader and I have switched subscriptions to Feedly. I love the app, but are not fond of the web version so far. I am not sure what I am going to do.

@San, it is definitely a total bummer!