I don’t actively seek out franchise restaurants to eat at while traveling, but I have been dying to try Nobu.

My old friend Julie Roads raved about the New York spot. And Andi Perullo did the same about her dinner at Nobu in Hong Kong.

So when it came to my attention while seeking a nice restaurant for Christmas Eve dinner in San Diego, I quickly seized the opportunity to try it out.

San Diego seems like such an odd choice for this restaurant given the fact that there is already one in Los Angeles, but nothing in San Francisco where I think it would thrive. But I had no complaints about its location for Christmas Eve! I was all to happy to have it there and to be able to enjoy a restaurant that I had been trying to get to.

The wait was worth it.

We sat at the sushi bar. Really, this is the only spot you need to be (at least if you are two or solo) as it is where all the action is. Also, making friends with the sushi chefs ensures you will get the best recommendations and freshest fish. 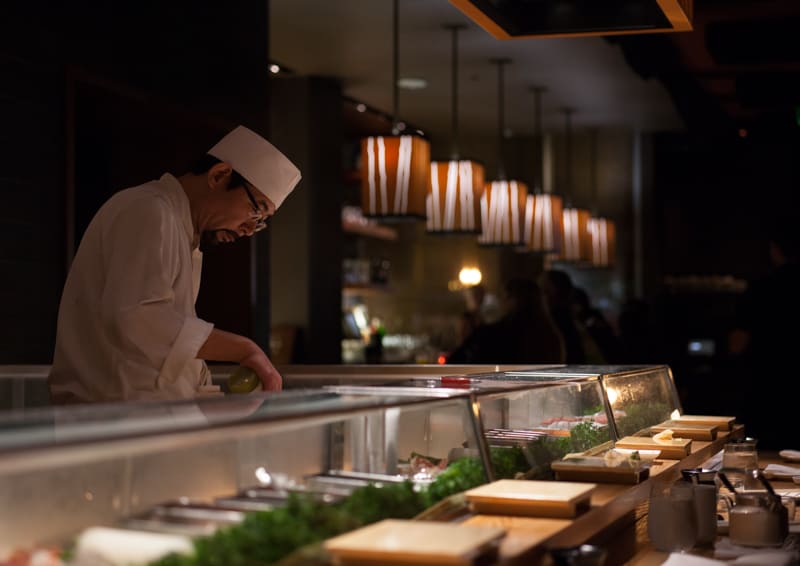 Make sure you sit here!

Since the San Diego location was celebrating its 5-year anniversary, they were offering a special Omakase menu so we ordered one of them to share and a whole bunch of sushi, many of them suggestions from the chefs, as well as some of our favorites.

We definitely went overboard, but it was so worth it. We counted the meal as our Christmas dinner, New Year’s Eve dinner and my birthday dinner rolled into one.

I did take photos of every course, but I think I was more focused on eating, as most of them did not turn out. But here are a few. Like this yellowtail sashimi with jalapeno. 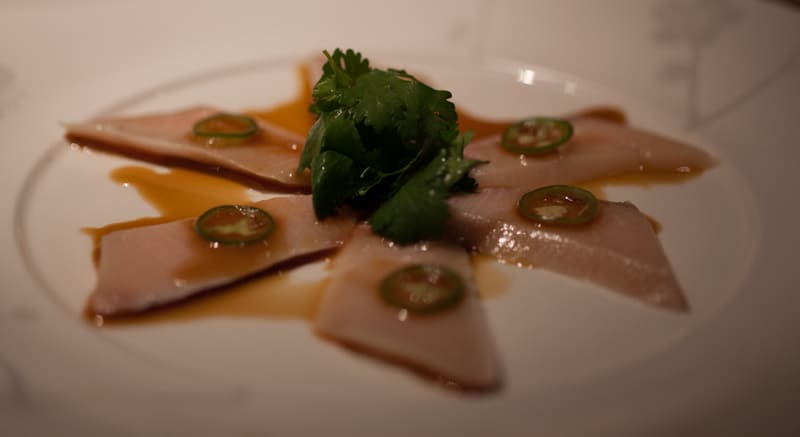 And the lovely Kumomoto Oysters with Creamy Onion Salsa which which were the starter of our Omakase dinner. 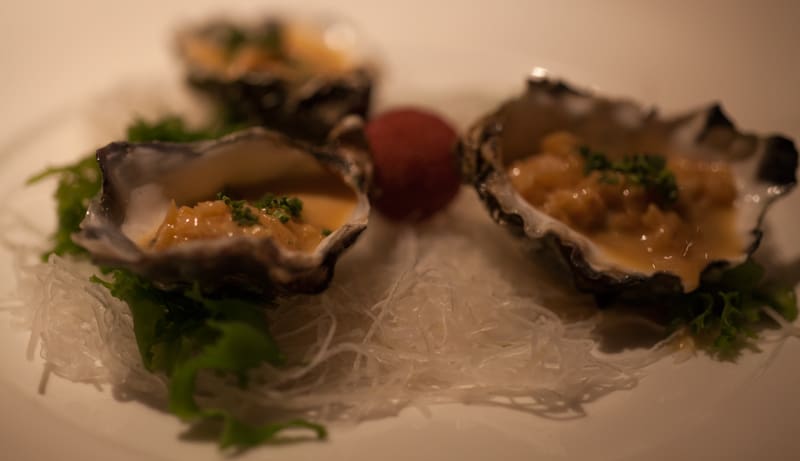 Our second course was Kanpachi Tataki with seasonal muchrooms with  a lovely garlic citrus soy, being administered here by one of the sushi chefs. 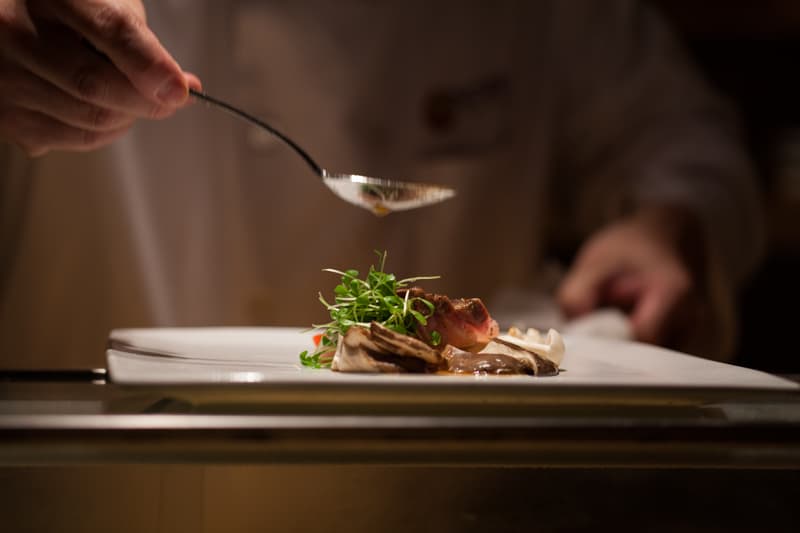 All the courses were delightful and delectable including dessert which we almost refused. Thank goodness our waitress talked us into it. S’mores, but not just any s’mores, elevated refined graham panna cotta with a hazelnut crunch and fudge sauce served with a toasted marshmallow gelato – insanely good!

It was worth every penny and I will be looking to try out another Nobu in one of their other cities soon. Maybe Las Vegas where Nobu is opening up a hotel and restaurant inside of Ceasar’s Palace this month?

It has been many years since I have had sushi. These pictures show some excellent looking sushi and I am really hungry for some now. Unfortunately, no sushi in town, so maybe someday when we can get out of town I might ba able to have sushi again. Thanks for the pic, I've heard a lot of great compliments about Nobu.

My brother loves going to San Diego. I will have to tell him about this place. :)

Would you believe I've never been to Nobu. And we have Nobu and Nobu Next Door here in New York City. I've passed it so many times, but it's just never the right time to go for one reason or another -- maybe because I feel it will be there so there's no rush. But now, you and @AndiPerullo have me licking my lips. That's it -- on the list to make it happen ASAP! What I would do for an Omakase experience at Nobu or Masa or so many others. What a wonderful treat!

@BrainyPintSizer, I believe it! Having just been there for the first time in December. It was worth the wait, and I say run over there now!

We live in San Diego but tend to stick to kid friendly places. My husband would love going to Nobu though. We'll have to try it, thanks!