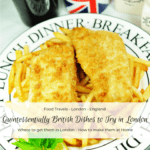 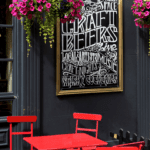 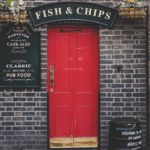 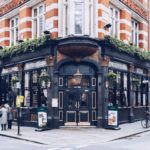 You have just landed in London and wonder what to eat. While London is, of course, famous for many international food options, that doesn’t mean that you should skip British offerings altogether. That’s right. Step into one of those famous pubs and eat locally! It will be an experience to remember and you may find that the food is smashing!

However before you go out with an umbrella, wellington boots, and a trench coat, you will need a local’s food guide. An English to English translation if you will. Here are some quintessentially British dishes to sample and a rough idea of what each entails. So go forth and be brave! 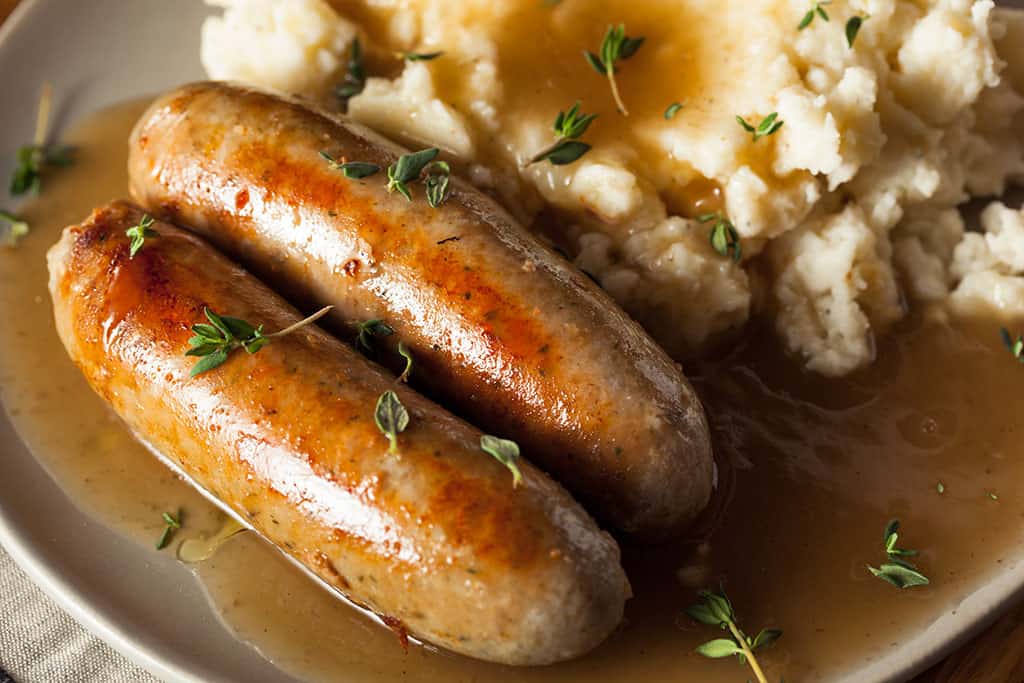 What are bangers and mash?

This is your typical and usually very yummy sausages and mashed potatoes. The Brits do know their meats and there is nothing like this comforting and very hard to mess up this dish.

Where to try bangers and mash in London

One of the best places to try bangers and mash in London is at The Brownswood, a Victorian pub near Clissold Park in Stoke Newington. It’s the perfect place to try this dish for the first time. The restaurant lets you create your own bangers and mash dish. You choose your sausages. They have everything from lamb and mint (my choice) to chorizo to beef and ale. Then comes the mash. You can have it with cheese, with onion, wine or gravy, oh my! Your vegetarian friends will not miss out either!

Make bangers and mash at home

Recipes from Simply Scratch and The Spruce to try this at home. 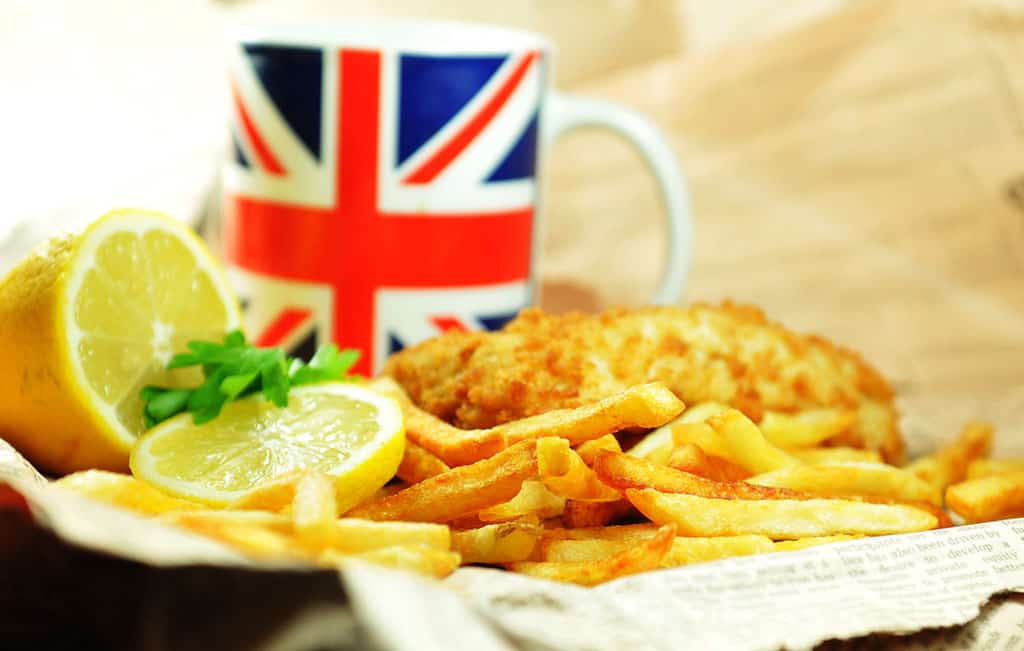 What are fish and chips?

Usually battered and then deep fried cod or haddock served with chips, otherwise known as french fries in other parts of the world. If you get lucky, your fish will be accompanied by mushy peas and tartar sauce. When it’s good- it’s great!

Where to try fish and chips in London

Oh, where to start! There are so many great places to get fish and chips in London, but a few standouts include:

Make fish and chips at home

Recipes from The Tasting Table and Jamie Oliver to try at home. 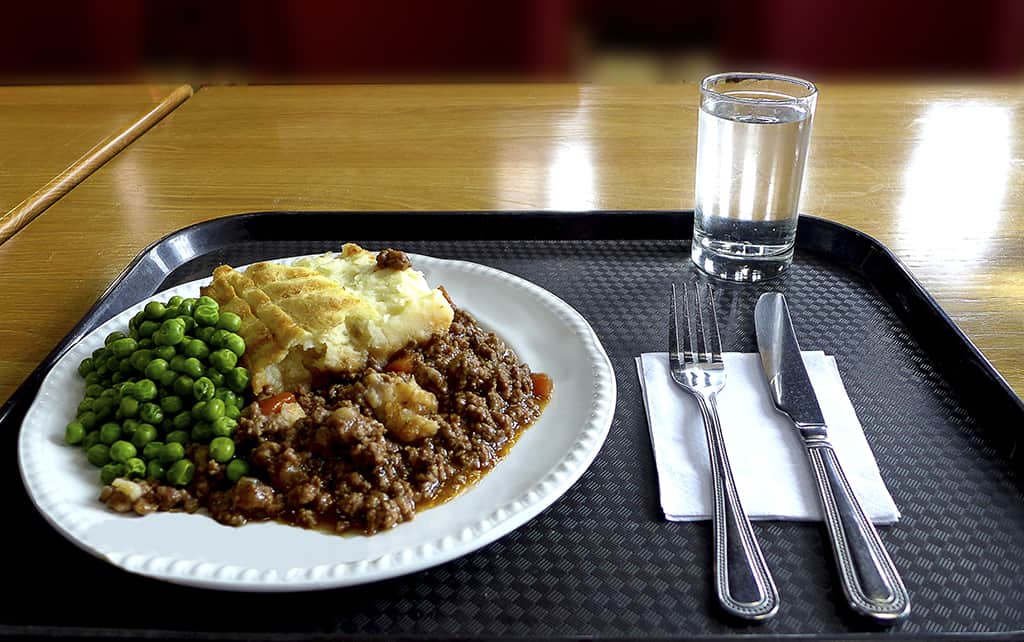 What is shepherd’s pie?

A meat pie with mashed potatoes, this dish is hearty. Shepherd’s pie is sometimes confused with cottage pie. Cottage pie is made with minced beef and shepherd’s pie is minced lamb. Restaurants sometimes interchange the name, but who cares! It is a big dish, so much so that if you combine it with a pint and have my tolerance or lack thereof, you might be headed for a nap. That said, pies are very often the safest way to go in London and usually delish. Just don’t do what I did and have them at lunch!

Where to try shepherd’s pie in London

Much like fish and chips, it’s hard to find a bad pie in London, believe me, I tried! But here are some of London’s best:

Recipes from Epicurious and Life in the Loft House to try at home.

A British Favorite – Toad in the Hole 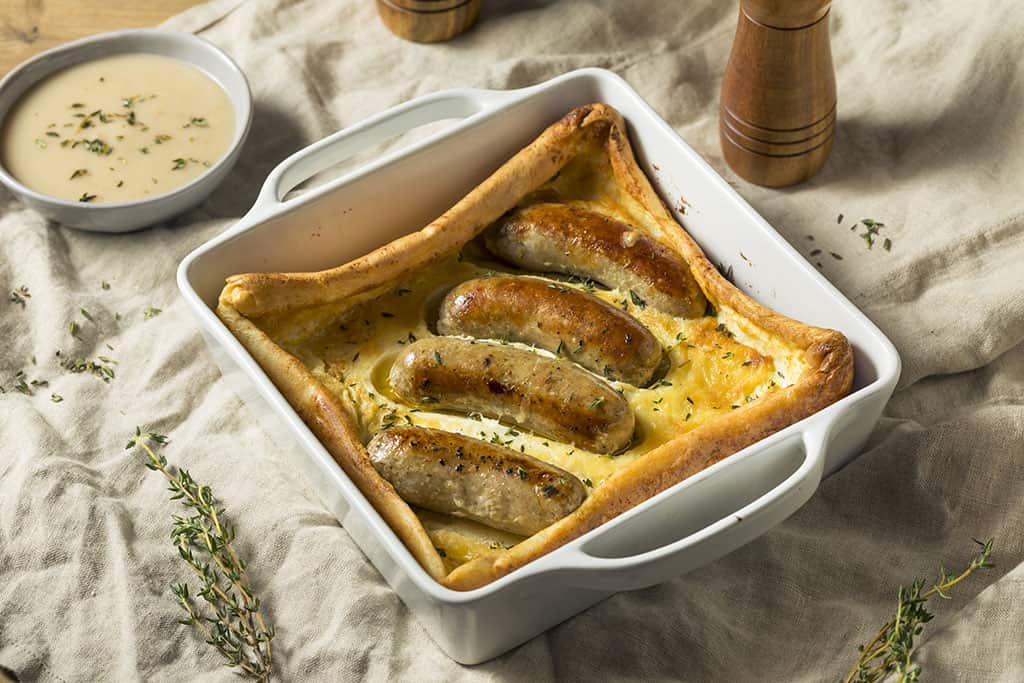 What is a toad in the hole?

Again, in spite of its interesting name, you might be somewhat disappointed by the reality. This dish consists of sausages in Yorkshire pudding batter, usually served with vegetables and onion gravy. It dates back from the 1760s and at one point the original beef was replaced by sausage. This dish is a bit harder to find as it is considered something you’d make at home and not go out for.

Where to try toad in the hole in London

Make toad in the hole at home

Recipes from Nigella and The Daring Gourmet to try at home. 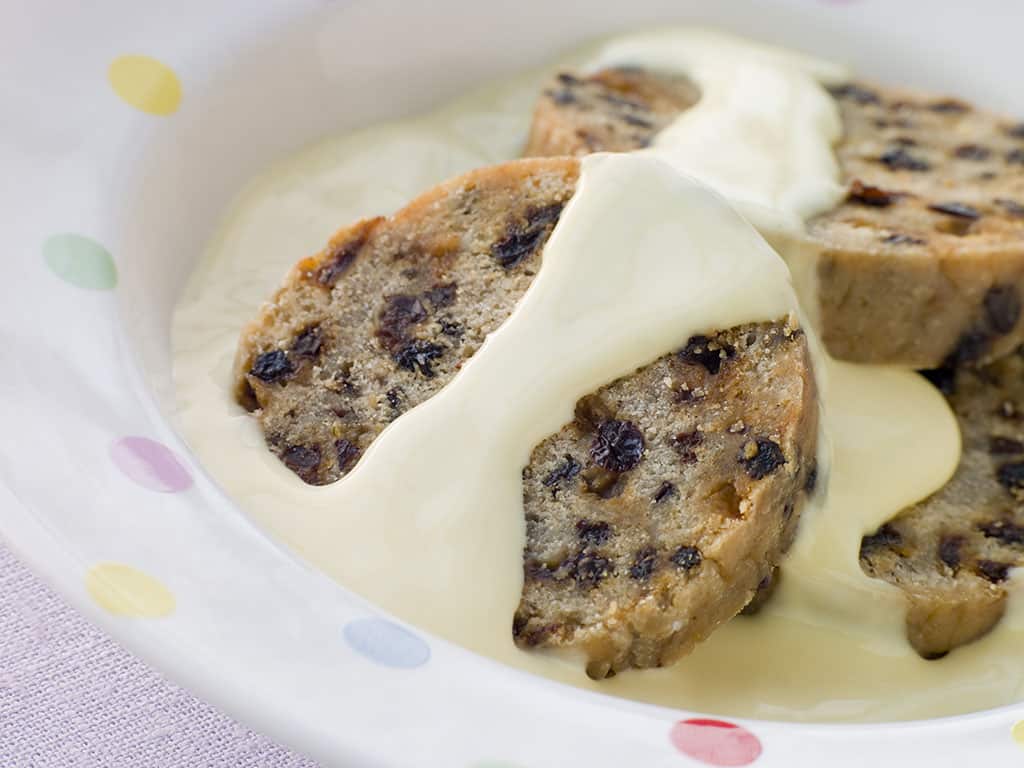 What is spotted dick?

The name, well it’s quite unique. The dish, however, is not quite as exotic as it sounds and consists of pudding with dried fruit served with custard. It’s quite sweet so if you are not into the sugar rush, it might not be your cup of tea, or you may need to eat it with a cup of tea!

Where to try spotted dick in London

Recipes from Daring Gourmet and Good to Know to try at home.

How about you? Have a favorite traditional British dish you’d like to share or a great spot where you’ve had one of the quintessentially British dishes described above? 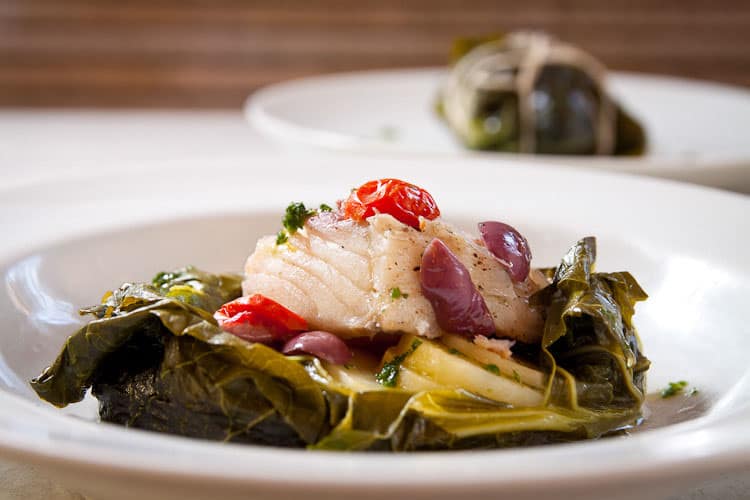 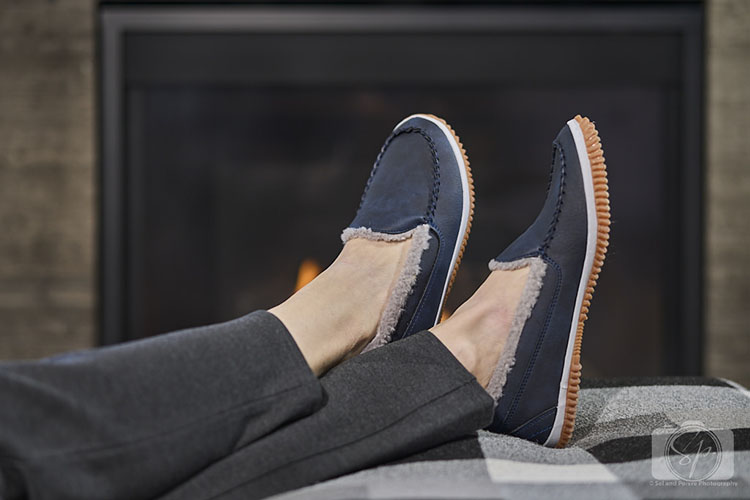 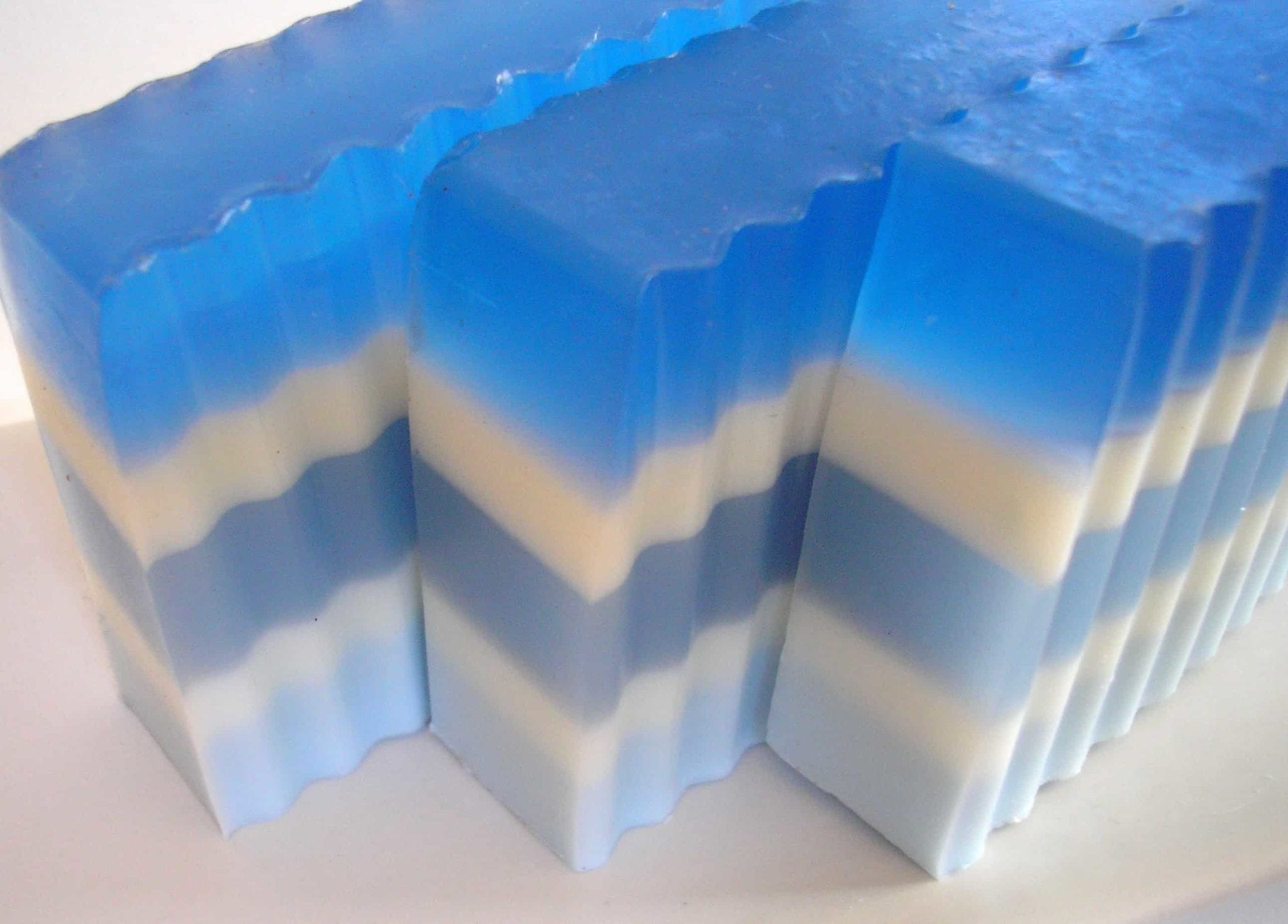 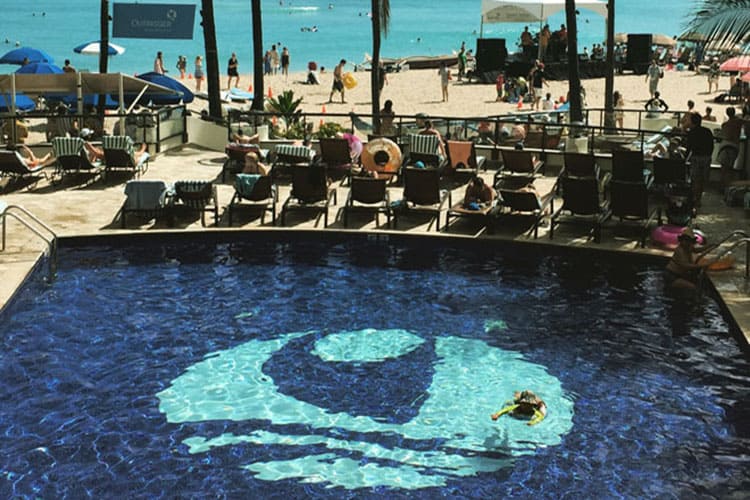 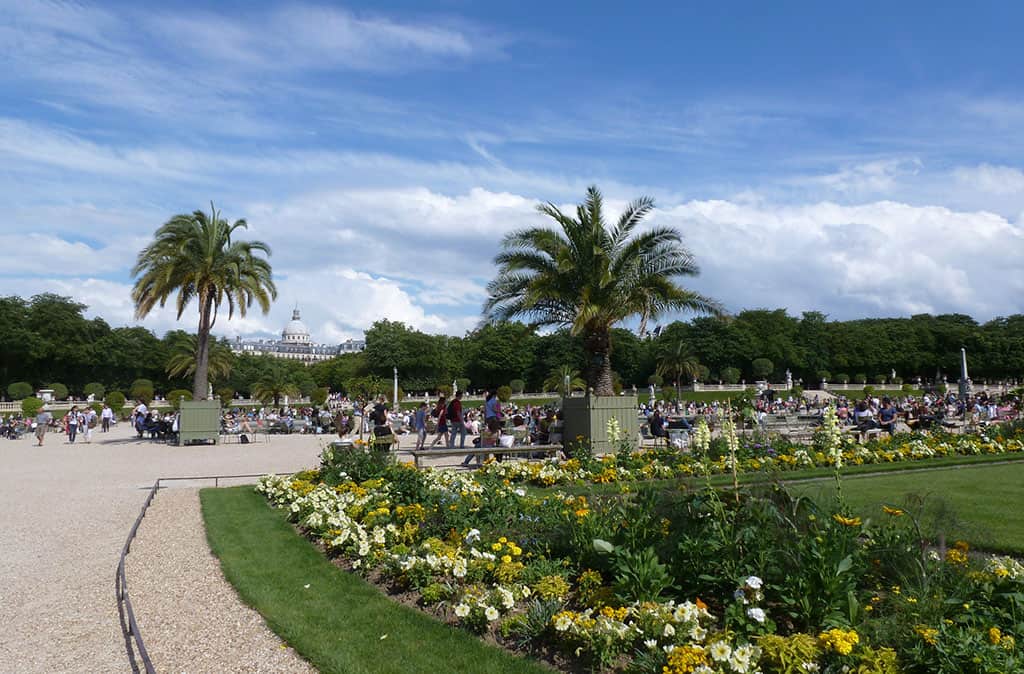 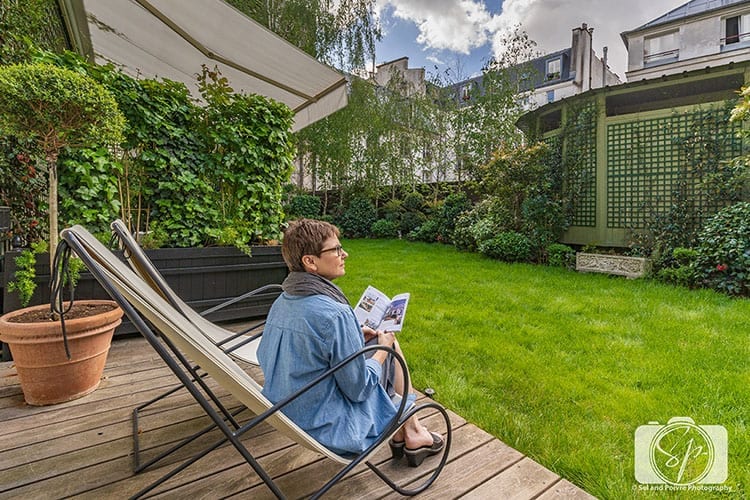