Traveler Tuesday – Michael of Around the World Guys 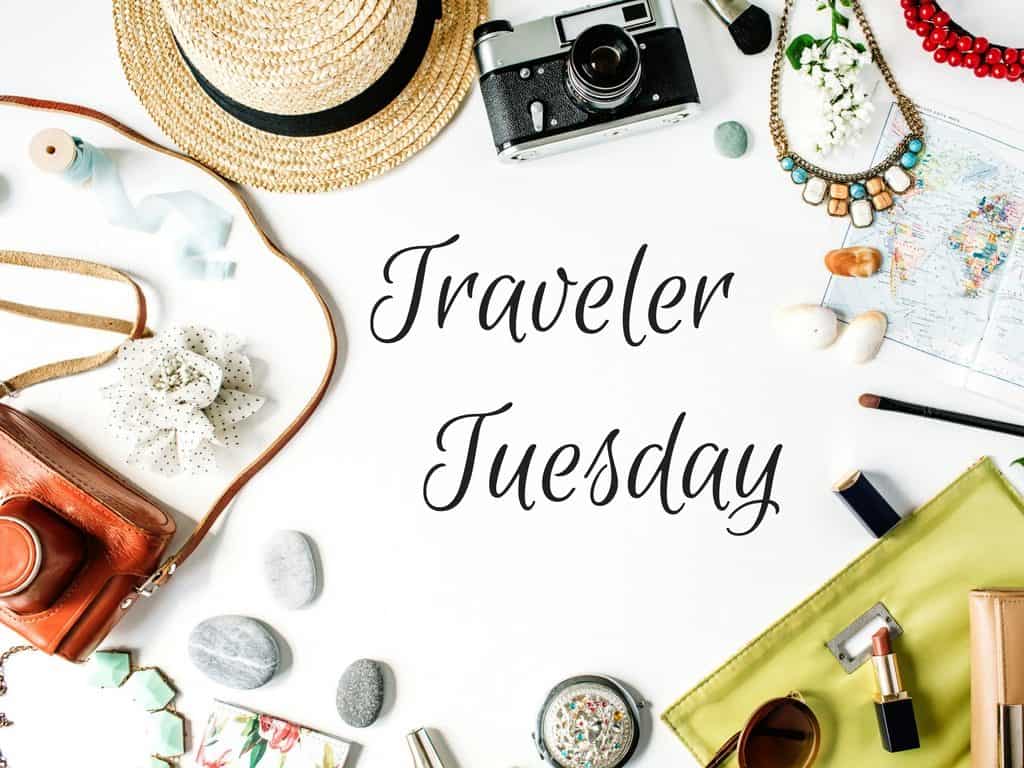 Michael is one-half of the blogging team (and married couple) behind The Round the World Guys. Well, there is also their mascot, but more on that later. Michael and Halef have been all over the world together and are expert couchsurfers. They have a really big trip coming up, you can see their itinerary on their about page – I’m jealous!

[1] When and how did you become a traveler?
I’m 48 years old now. When I was younger, I was a member of a performing arts group in Canada. We went to Japan, the UK, and many other places. That was back in 1992. To be honest, I didn’t travel much for a long time after that. I met my partner, Halef, back in 2008. He was a member of Couchsurfing and we started hosting people at our home very soon after. I always thought travel had to be expensive. Yet, here were all these younger people from Europe, Asia, and beyond, staying at our home, traveling with super small budgets. I learned a lot from them and we started scheduling trips almost immediately. We’ve hosted over 500 people in our home and we’ve traveled to about 50 countries since that time – often staying with, or at least meeting up with, people who stayed with us in Atlanta.

2. What kind of traveler do you define yourself as?

I prefer to learn about a place and its people than to end up in tourist traps. I’d much prefer to see the inside of a 500-year-old church than go to Universal Studios. Although I’m a frugal traveler who uses Couchsurfing or hostels when we travel, I don’t mind splurging if the adventure or experience is worth it. One of Halef’s bucket list items was to stay at the Marina Bay Sands Hotel in Singapore – all just to take a dip in an infinity pool. Now, it’s an amazing infinity pool, but it’s over $400/night for their smallest room! The good news is that we were randomly selected for an upgrade. They gave us a $2000 room. It had a gym. Sure, it’s kind of the “tourist trap” of hotels, but it was worth it to have the story!

3. What do you love most about traveling?

I think a lot of people would say “the people I meet” or “the experiences I have.” I love all that, too. I’m very involved politically. I love reading about it, tweeting about it, and arguing about it. But you know what? There’s nothing as calming to me as when I remove myself from it. I remember my first trip to Indonesia. It was during the presidential campaign between Barack Obama and Mitt Romney. I couldn’t read the papers. I didn’t understand what they were saying on TV. And I didn’t have a Twitter account back then. For almost 3 weeks, I heard nothing about who did what or caused the latest petty scandal. I was free of it! Travel helps me realize that I sometimes spend way too much time worrying about things that, while important, I cannot always directly control.

4. What do you dislike about traveling?

Planning. Definitely. I am terrible with details. I like to jump into a place and just go. To be honest, that’s probably why there was such a huge gap in my travels during the mid-90s to the 2000s. Before that, everything was planned for me. The good news is that I am now married to someone who absolutely loves sitting down day and night and planning every detail of a trip. Even when we don’t travel together, Halef has a list of things I need to do wherever I go. I’m so lucky to have met him because I’m not sure I would be the traveler I am today. For Halef, planning is the most fun part of it all. And that makes me happy!

5. Why should people travel?

To be honest, I’m not sure everyone should travel. I’ve met many people, both here in the US and abroad, who I sincerely hope never board a plane and represent their countries abroad. That said, I meet many more who I really wish would. So many people in more developed countries need to see that the world is bigger than the cubicle they live in. The decisions we make and the things we buy have real effects on around the world. I think everyone acts out of selfishness, to some extent. I just think our selfishness and our inability to sometimes see outside our own world can have a larger negative impact. Climate change is a good example. In the US, we have the technology to mitigate the immediate effects. The vast majority of the world doesn’t. That’s a problem because very few people get to see the damage our inaction is causing.

6. What famous person would you like to travel with?

I would love, love, love to travel with Ian Wright from Globe Trekker. I honestly don’t know anything about Ian, except for what I see when he hosts the show. But that guy cracks me up! He’d either be the most fun I’ve ever had traveling or he’d wear me out with his seemingly endless energy. Perhaps both. If you’ve never heard of him, you really should look up an episode or two and watch it. Ian is hilarious and knows how to travel and have a lot of fun.

– Portable battery back: I have a great battery pack that can recharge my phone about 6 times before it needs recharging. It’s a lifesaver.

– Microfiber towel: I bought a large one of these several years ago because they take up almost no space in your pack. And they are great for so many things! You can use it as a beach towel, a blanket on a plane, a sarong when you go into temples, and so much more. Next to the battery charger, it’s probably the item I get the most use out of!

– Cy: Cy is a plush stuffed cardinal. It’s the mascot from Halef’s alma mater, Iowa State University. Cy has been in over 85 countries. I don’t really like taking Cy with me when I travel alone, but I have to. Otherwise, I’d never hear the end of it.

8. If you’re a foodie, what’s your favorite food city? Do you have a restaurant recommendation?

While I love eating, I don’t consider myself a foodie. But I am told that when I go to Hong Kong in a couple of years, I’m going to instantly turn into one. And if the food is as good as they say it is there, I’m going to be a really happy man!

Hahaha! We just posted a “Bucket List” article with about 150 items on it – all of which we want to do when we leave at the end of 2019 for a multi-year round the world trip. We may never come back. This item is not on my written bucket list, because I don’t know where such a place is, though I am sure it exists. I want to sit on the edge of a cliff in Africa and watch one of the massive migrations of the Wildebeest – a place where you can see the enormity of it all and the animals sort of look like dots on the landscape. If I can find that cliff someday, I will be happy.

10. Do you have a piece of advice for bloggers starting out?

I have 3 pieces of advice that I wish I did from the beginning.

i. Build an audience before you monetize. You won’t earn anything until you get a lot of readers anyway. And in the time it takes to build that audience, you’ll learn more about how to monetize properly.

ii. If your goal is to monetize, then learn to write with that goal in mind. The most important thing successful bloggers do is write content that helps others.

iii. Finally, pay for a keyword research tool like Keysearch and learn how to use it. It’s the best $200 you’ll spend and it will pay you back in traffic.

11. What are three other blogs that inspire you?

– Kara and Nate are vloggers we really enjoy. Everything they do is completely new to them and they learn as they go. They also publish very transparent income and expense statements every quarter. That’s really helpful for people like us who are planning on doing around the world trip.

– Adventurous Kate is one of the first people I started reading. I really get sucked into her stories. I like to get to know people, and I feel like she writes in a way that allows you to do that.

– Nomadic Boys: Stefan and Sebastien are two of the most popular gay travel bloggers. Since we’re gay, too, it was a natural place to start for us. We live a very different kind of life than they do, but we love them anyway. It’s cool to read a blog from a couple of gay guys who have a completely different travel style than we do.
[MWA: Nomadic Boys contributed to my Fantastic Balloon Rides Around the World round-up!]

Michael’s Lightning Round of Favorites

Airport: ICN – so much good food!!!
Mode of Transportation: Train. I like getting to places fast, but sometimes you just want to relax and enjoy the scenery.
City or Country: Indonesia for the diving and the amazing food!
Travel Gear: My DJI Mavic Pro (drone)
Travel snack: Anytime I can duck into a falafel place, I do!
Book: A Brief History of Time by Stephen Hawking
Movie: The Shawshank Redemption
Song: Currently, Sia’s “The Greatest” gets me pumped
Quote: Be the type of person your dog thinks you are

What a world traveler! Thanks for the travel inspo--I need to book a trip soon!

It sounds like he had some incredible adventures! So interesting to read!

I love that quote! I'm the same kind of traveller as him

Love this perspective...traveling has been the most formative thing in my life!

Hi Michael! Love meeting knew people and hearing about how they travel