J’adore – A Slice of Delight

I first introduced you to A Slice of Delight back in when I interviewed the owner, Hilary, for a French Friday feature and giveaway. Hilary is a francophile who has spent time in France, lives in Berkeley where her kids attend the French school and is the creative mind behind her own soap business.

She disappeared for a year, all for a good reason. She spent that time volunteering with her entire family in Senegal! Now she’s back and sharing a bit of her experience as well as back making her all natural local soaps which have been a big hit around here! 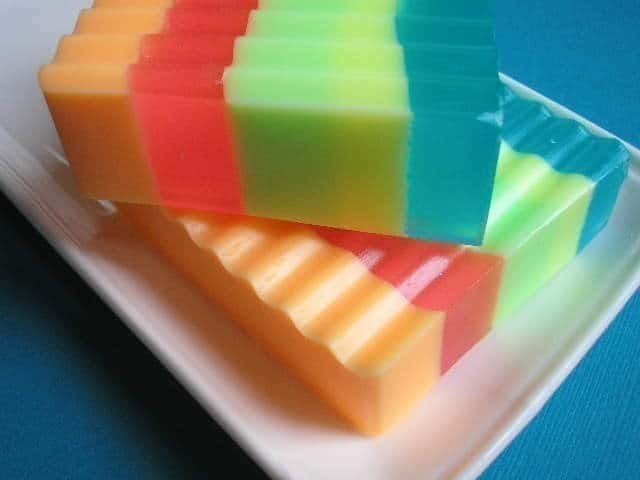 (1) You took a little break since we last saw you, what have you been up to and what motivated you to re-launch A Slice of Delight?

Yes, quite a break. A year ago my family and I created the opportunity to leave Berkeley and live abroad in a French speaking country for a year. Just so happened while at first I thought it would be France the compass re-directed us to Senegal, Africa. We took the opportunity to really integrate with the Senegalese culture, the food, the music, the people and everyday living in Dakar – the capital. And to work on our own French fluency.

Our children continued with their French schooling and my husband and I also had 2 volunteer projects we focused on – me – teaching English to young Seneglaese woman and my husband – managing the refurbishment of 200 small laptops and the network in a small town 4 hours outside of Dakar. We had an incredible life and mind opening experience. Now we are back on US soil in transition.

While in Senegal I did not continue the business – used my time to write a blog about our year. I’m really not a blogger but gave it my best shot. [Here are a few posts: Je m’appelle Fatou – Counting Sheep – Moussa and Rhissa]

Time now to ‘retire’ from blogging and get excited about those soapy creative juices that went dormant for a year. It has helped to know customers and fans have been asking when I was starting up again. That’s always a great motivator!

(2) During your year in Senegal you must have spoke French, did it improve your fluency level?

Yes, we spoke A LOT. At first it was hard to understand the French accent as it is a bit different. But after a month I settled in to the accent. My fluency did improve. Not so much with all the various tenses the French language has as I still got stuck with the basic conjugation for past, present and future -but enough to communicate. Yet my vocabulary skyrocketed and my confidence to carry a conversation improved immensely. One of the goals we had for going.

(3) Were there other French influences on the country?

The country has a long history and part of that is having been colonized by the French – so the education, when kids are able to get educated are in French. Patisseries and restaurants exist with French influence. Signs are in French, books in French, movies in French – yet there is still a strong connection with their ethnic African roots and tribal languages and the Muslim religion practiced by 95% of the population.

(4) How did your experiences during your trip to Africa influence your soaps?

Unfortunately at the moment – I’ve been focusing on soaps that I have the known designs for to quickly build up my inventory and fill up my on-line Etsy shop as well as be ready for local craft fairs. BUT – I’m always listening to some incredible Senegalese and African music while I craft my soaps that I became exposed to while I was there. I hope soon enough I can let my brain rest and start thinking of some kind of design with the right fragrance that makes me think of Senegal and Africa.

Thanks Hilary, I can’t wait to see how your adventures will impact your designs!

I like the modern art quality of the christmas tree soap.

Your etsy shop is lovely! The soap almost looks tasty.

Ive never seen soap so colorful. I thought it was a dessert at first haha. I must have some!!

At first glance, it looked like Jello dessert! That's so awesome that it's soap! I know our family would have loads of fun washing our hands with it!

I thought that was delicious jello, not soap.