Just in case you are wondering today is June 27th, not May 27th. May 27th was the 75th anniversary of the Golden Gate Bridge. But I was on my [yet to be blogged about] 10-day Southwest road trip and didn’t have my act together, I didn’t get to do the post I wanted to to acknowledge the anniversary. Instead I am going to interrupt my regular Wordless Wednesday feature to do a J’adore dedicated to the Golden Gate.

I did just want to mention two things. First, I have never walked across the bridge. With the length of time I have lived in the Bay Area, that is insane. But true. It is something I need to remedy and I think this anniversary year is just as good as any to get that done!

Secondly, I wanted to mention that my own grandfather worked on the Golden Gate. He was an iron worker who worked on just about all the bridges in the Bay Area…except the Oakland Bay Bridge which is why I always joked with him about the fact that if he had worked on it, then maybe a big chunk wouldn’t have fallen out of it during the Loma Prieta earthquake! Grandpa is gone now and with it a lot of stories about working on the bridge. However, the iconic structure lives on and will always be a symbol for San Francisco.

I am not sure how I stumbled onto Tanya Madoff designs, but I did and I signed up for her button club because I thought they were cute. Each month I get an adorable card in the mail containing a new button and a story about the design or guest artist. They really are fun. The May version of the club (because Tanya, unlike me is on top of things!) featured the Golden Gate Bridge and it was a beauty! In addition she sells a few other San Francisco themed buttons that are way better than your average crap you can find on Fisherman’s Wharf! 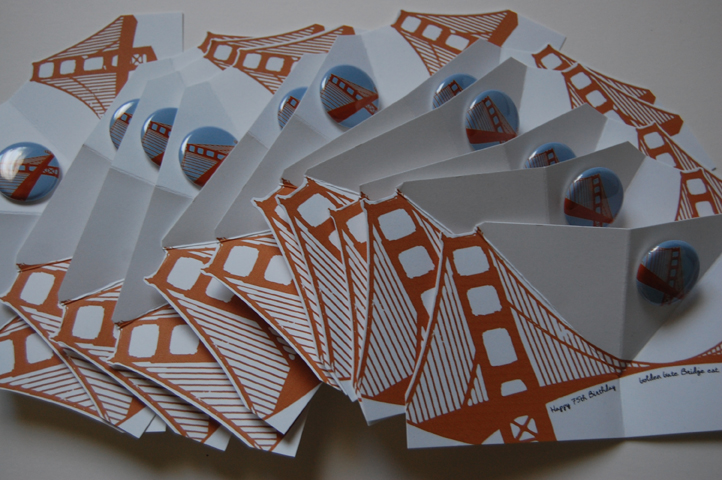 What about owning an actual piece of the bridge? I am a big fan of a green lifestyle and reusing or recycling is a smart path to take, so the idea that pieces of the bridge can get re-purposed into furniture and accessories is awesome! There are limited quantities of these items from Golden Gate Bridge Furniture Co. and I am keen on this lamp: 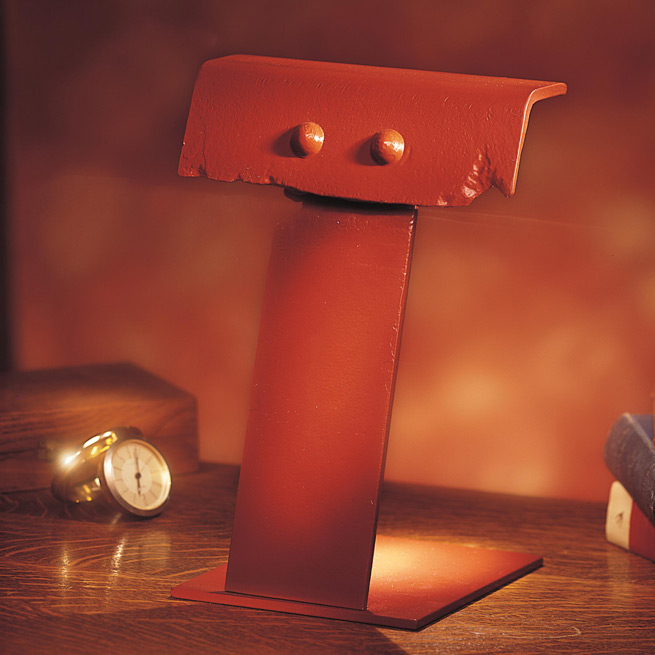 There have been a ton of films that have been made in San Francisco and there are some stunning movie posters out there with scenes from the city. I particularly like this retro style poster from Vertigo. 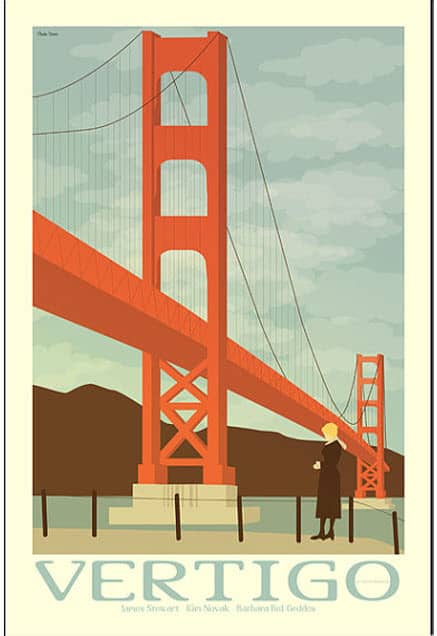 And about the movies…the Presidio Trust and the Walt Disney Family Museum are putting on a series of outdoor screenings all summer long, with every movie being one that features the bridge. There are a lot of spots in San Francisco that do outdoors screenings but none at the foot of the bridge! 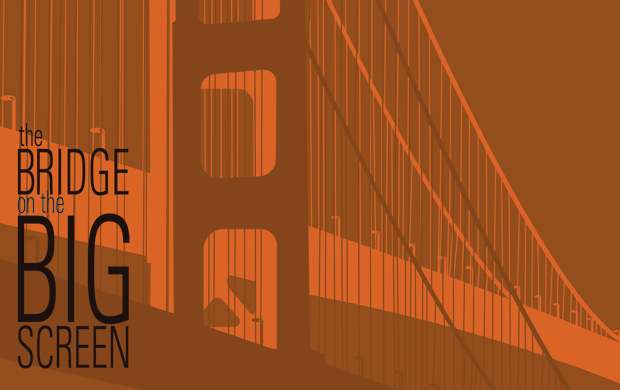 There’s an app for that! Spotted from a post on Fodor’s, the folks of Go Golden Gate Bridge have created a fabulous app chalk full of history, activities and events related to the bridge. The app is beautifully designed, just like it’s subject matter! 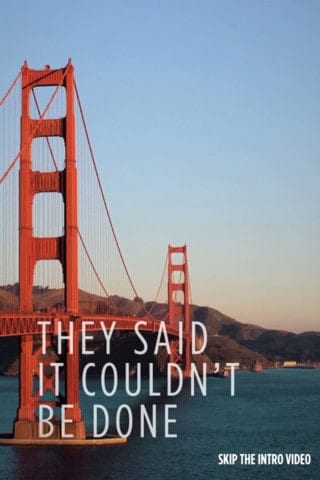 Lastly, I absolutely love the photos that Kyle Hepp shared in her post when she visited the city. I have them bookmarked and go back and look at them as one day when I do walk that bridge I hope to capture photos that are half as good! I won’t share one here because I couldn’t get in touch with Kyle for her permission, she decided to head off to the Galapagos Islands without internet, so just head over to the post and see the photos there!

That’s it for this edition of J’adore, a few my my recent favorite finds as I travel the web!

How about you? Have you been on the Golden Gate Bridge? What was your experience?

Yo Andi . . . Back in the 80's (81 to 86) I moved to San Francisco so I could "experience" life in a world class city. One of the things I'd do is walk arcoss the Golden Gate Bridge at least once or twice a month, in all kinds of weather, mostly in the spring and summer and on foggy days and afternoons. Those are some of my most treasured memories of being a San Francisco resident. When ever I chance to visit, I make sure to cross it again and savor the experience. Now I live in San Antonio, Texas and tell everyone what it's like to cross the Golden Gate!

@Jennie, I think so too!