Italians and their Relationship with Pasta

When we think of Italian gastronomy, in less than one second (which is a lot quicker than when we are asked about our complete name) pizza and pasta come to mind. And one of the most adamant beliefs among Italians is this: they cook pasta and pizza better than anyone else. But let’s see if it’s true and why.

Do they really cook the best pasta?

Well, I don’t know it is 100% true because I have not eaten at every country in the world, but what I can tell you from my experience, as I was fortunate enough to spend time in Rome some summers ago, that the act of cooking pasta is an art for Italians, a ritual, almost a religion. It is impossible for anybody else to be so obsessed with the process of cooking it as they are. 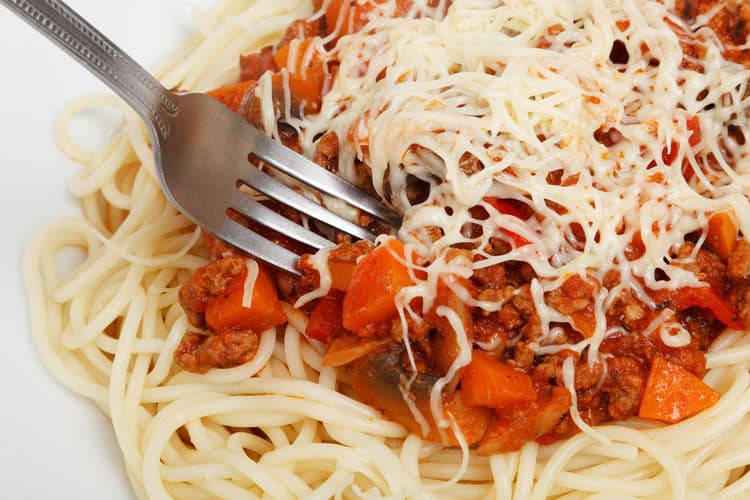 You surely have heard many times that pasta must be cooked al dente. Well, al dente means that the inner part of the pasta remains uncooked. In fact, there’s something about knowing exactly when to take it out of the boiling water and controlling the time until you add the sauce. 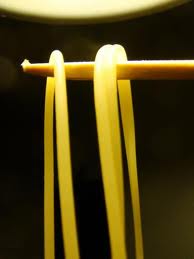 Actually, if you take a pasta packet of the same brand in the US for example, you’ll see that the cooking time on the package instructions is longer than the same brand bought in Italy. It’s a matter of preference. But according to Italians, pasta cooked al dente is easier to digest.

Try to get an Italian out to eat pasta in a restaurant somewhere outside Italy. Do you know what they will tell you? “Ma sarà scotta.” (But it’ll be overcooked).

But it is possible to take them out to eat pasta in a restaurant in Italy. The good ones are those that only have one or two boilers. They cook the dishes immediately upon ordering. That’s awesome, yeah, and fresh. You’ll realize you are in one of those authentic restaurants when after your table mates have asked for a different dish each, and you too want something different, the waiter will tell you “Non può essere, you must ask for something someone else has already asked for” and don’t even try to tell him “I’d like to talk to your manager” as you won’t get anywhere with that.

Spaghetti on the wall

Do you know the funny theory about pulling a strand of spaghetti out of the water and throwing it against the wall to see if the spaghetti is ready? Well, unless your aim is to be eccentric or to get your kitchen dirty, the Italians think this makes no sense at all. Just taste it, or break it in two halves to see if it’s ready or not. Also, any good pasta cook will tell you not to rinse the pasta after getting out of the boiler. Don’t worry, it will not stick, you’re about to add a sauce on it in few seconds. 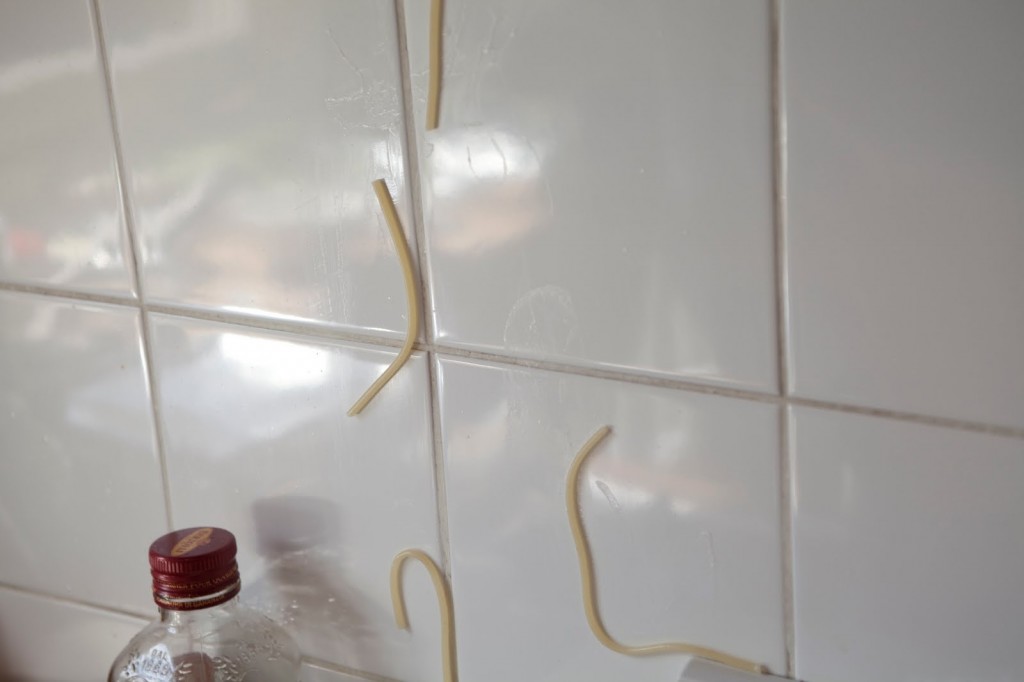 Another surprising fact is that Italians don’t use spoons to aid them in their twirling… And we keep thinking this is the refined, kind of aristocratic manner of eating pasta. Well, if pasta chefs say so, let’s just relax go freestyle with the fork.

Believe me, I know quite a lot of Italian people, and I can confirm the norm: yes, they eat pasta every day. And, in fact, there is nothing wrong with this, according to nutritionists, as long as you complement it with vegetables and proteins. Pasta provides you carbohydrates which are necessary to get energy. 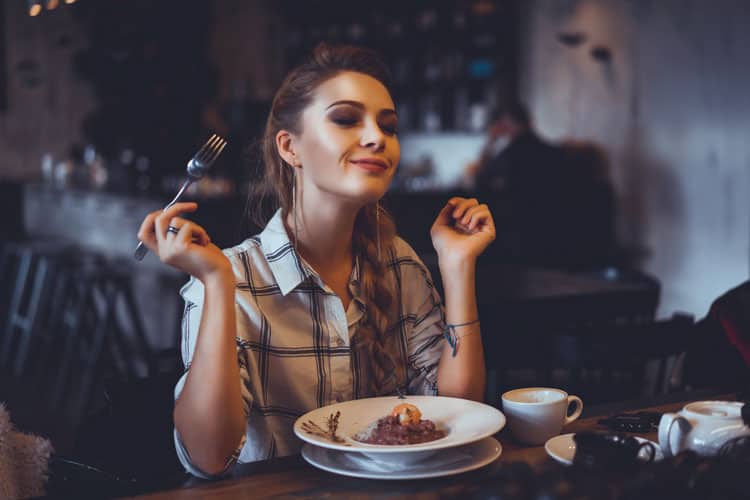 Where to eat authentic pasta?

If you want to eat real Italian pasta, you’ve got to options: invite some Italians to your place to cook it for you or visit one of the restaurants frequented by locals. I’ve noted down some recommendations which some of my friends gave me:

Agustarello – (Via Giovanni Branca 98 in Testaccio) Probably the best Carbonara in Rome. The rigatoni con pajata and amatriciana are also very good. It’s also one of the best spots for traditional dishes of Rome.

Capo di Ferro – (Piazza San Cosimato in Trastevere) Tasty, abundant and meaty rigatoni alla coda vaccinara. Ask also for a bucatini all’ amatriciana. There are few tables outside and several inside. 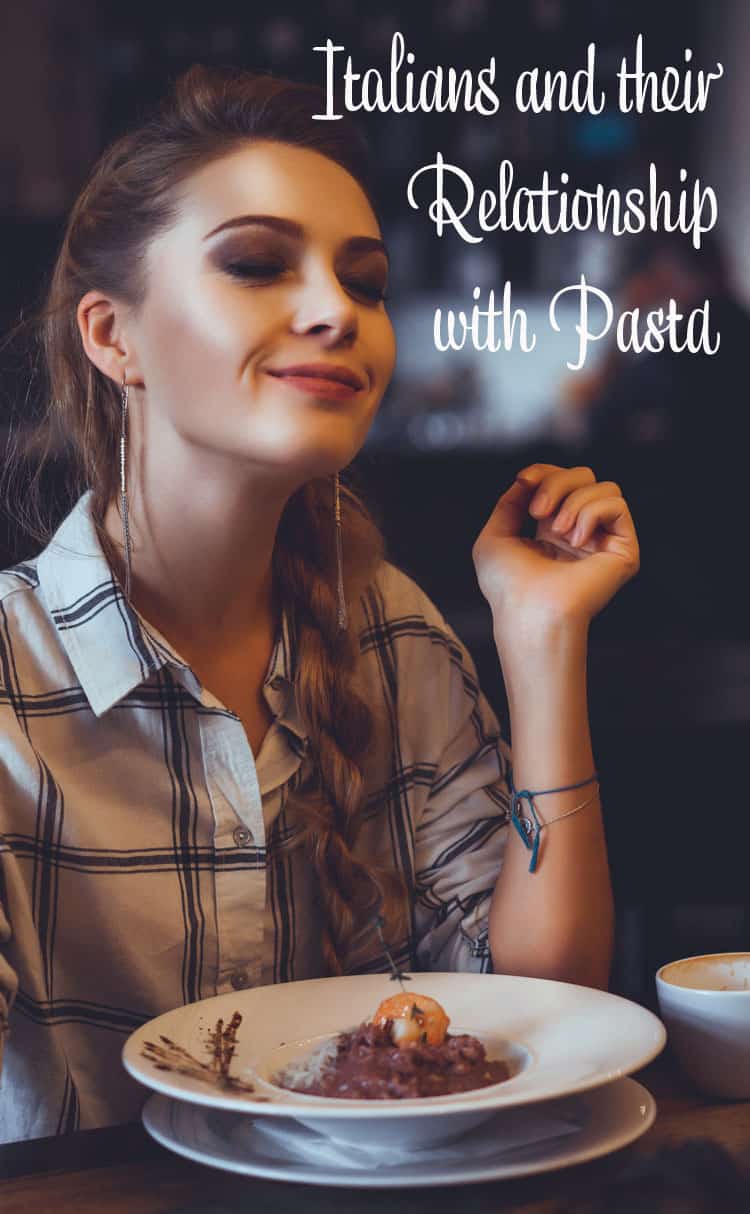 For fun, I tried the speg on the wall technique and while I love adore worship only eat el dente pasta, it was still quite a bit too crunchy for me to consider ready for serving. Still a fun theory though and worth a try if only for a silly laugh!

@Stephanie, hilarious! I think you still have to do a taste test to get it exactly they way you want. My problem is that I like it more al dente than my hubby!

And the other great thing about Italy is that they apparently (I haven't been in years but I have an Italian friend here) have gluten free versions of pasta dishes in nearly every restaurant. That is heavenly.

I need to get to Rome. My popcorn dinner in Germany is not cutting it :)