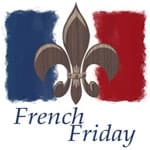 There are magical places in Paris. They have the ability to transport you back in time. To the late eighteenth-early nineteenth century to be precise. These portals are called passages and stepping across the threshold of almost any one of them provides a peek into what the Paris of old and as well as the Belle Epoque was like.

I was recently uploading photos of several Paris passages to my Vieux Paris Wanderlist on AFAR and I realized that I had never written about them here!

Built in the 1800’s these passages are such a unique peek into the old Paris, but they are often overlooked and aren’t well advertised. It’s a good thing for you as they aren’t really touristy. Best of all, they are free!

The passages were designed as shopping arcades to protect the well-to-do from the unsightly and malodorous rues. They were beautifully appointed with art-deco glass and marble floors with magnificent mosaics.

Today, depending on the passage you’ll find historical brasseries like Le Grand Colbert in the Galerie Colbert, a famous wax museum Musee Grevin in Passage Verdeau (the window display scared me to death!) or couture shops like Christina Louboutin in Galerie Vero-Dodat.

I haven’t been to all of them myself. Mr. Misadventures and I visit a couple every time we visit Paris. There are only 26 of them left so we space them out as something fun to do every time we are in Paris. They’re perfect for any time of the year whether you have cold, wet weather and want to get out of the elements or if it becomes oppressively hot, you can sneak into this surprisingly cool spaces.

More importantly, they are great places to soak up history and culture as well as take amazing photos!

From A View on Cities: Passages & Galeries

From the Guardian: Paris Hidden Passages

From Better Paris Photos: Exploring the covered passages of Paris

From Squidoo: Top 10 Passages of Paris

How about you? Have you visited a passage in Paris? Do you have a favorite?  Is this a new discovery for you?