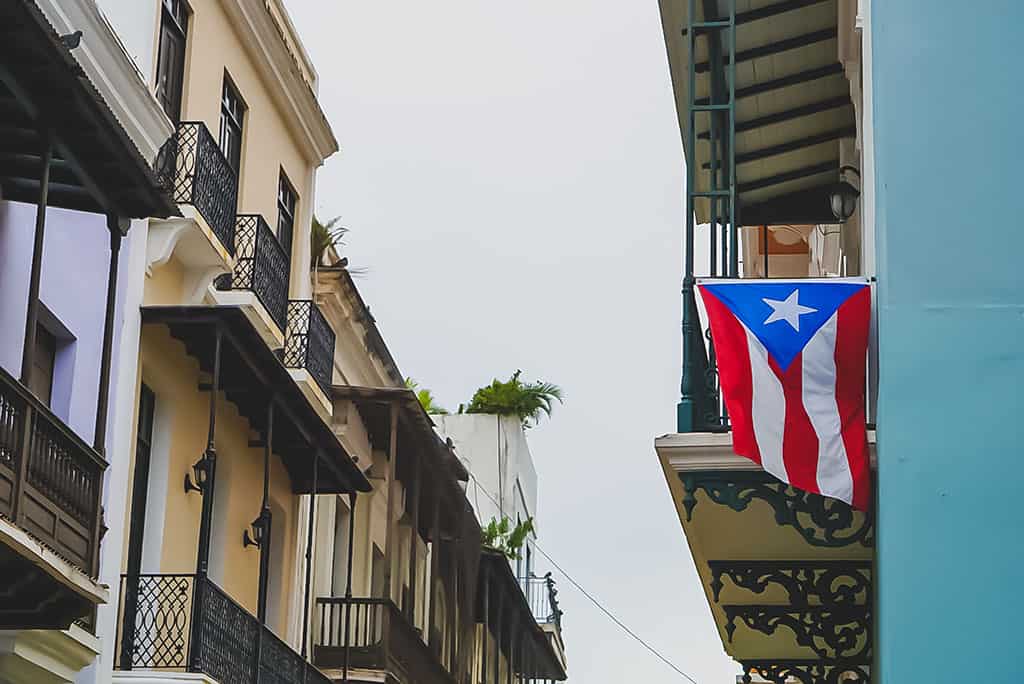 The couple that plays together stays together. For my husband and I, nothing brings us closer than travel and food. During 2016 Mr. Misadventures and I will be focused on domestic travel in the new RV, but I do have some ideas on giving us a break from the (literal) road to head off somewhere else.

We aren’t planning on doing much international travel and are going to stay pretty close to home (U.S.) but that doesn’t mean we can’t hop on over to an island or two. The San Juans on the West Coast and Puerto Rico on the East.
Puerto Rico is easy. There is NO need for Passports and NO need to exchange money. Just get on a plane and go! It is the perfect spot for any couple to enjoy the surf, sand, food, music, and much, much more.

I have been to Puerto Rico twice. Each time I spent one glorious day in San Juan before hopping on a cruise boat to the Caribbean. I have known for years that I had missed out on two opportunities to extend my trip and discover more of Puerto Rico.

The thing I remember most? 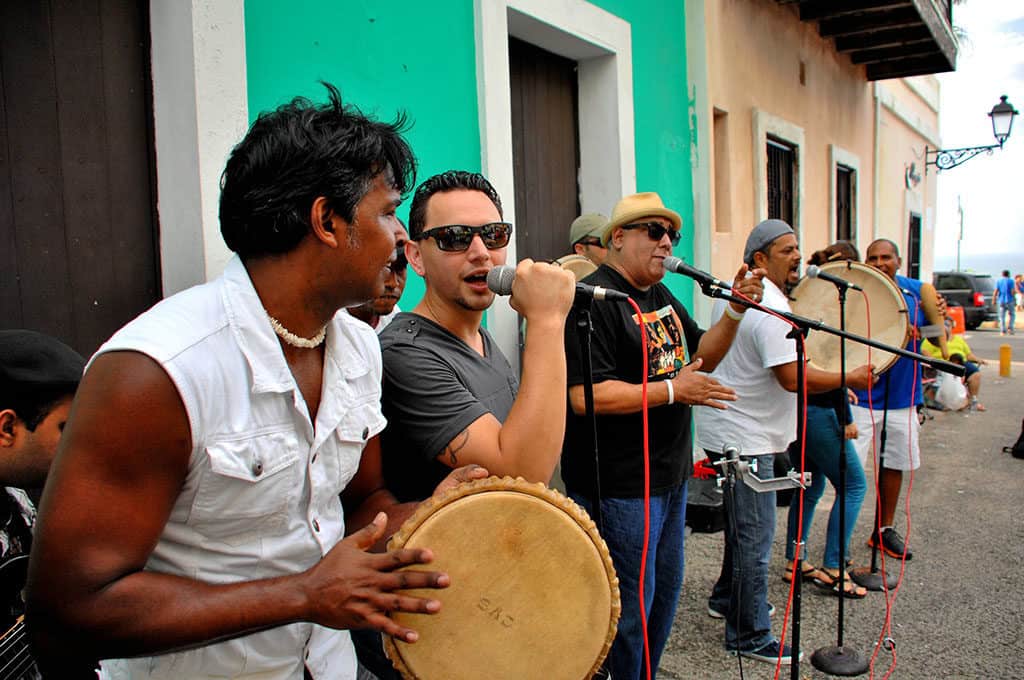 Okay. The people and the tostones. More on that later.

I have been teased by both Anthony Bourdain and Adam of Man vs. Food particularly the El Churry Mixto from the El Churry food truck. To me, it looks worthy of its own trip. 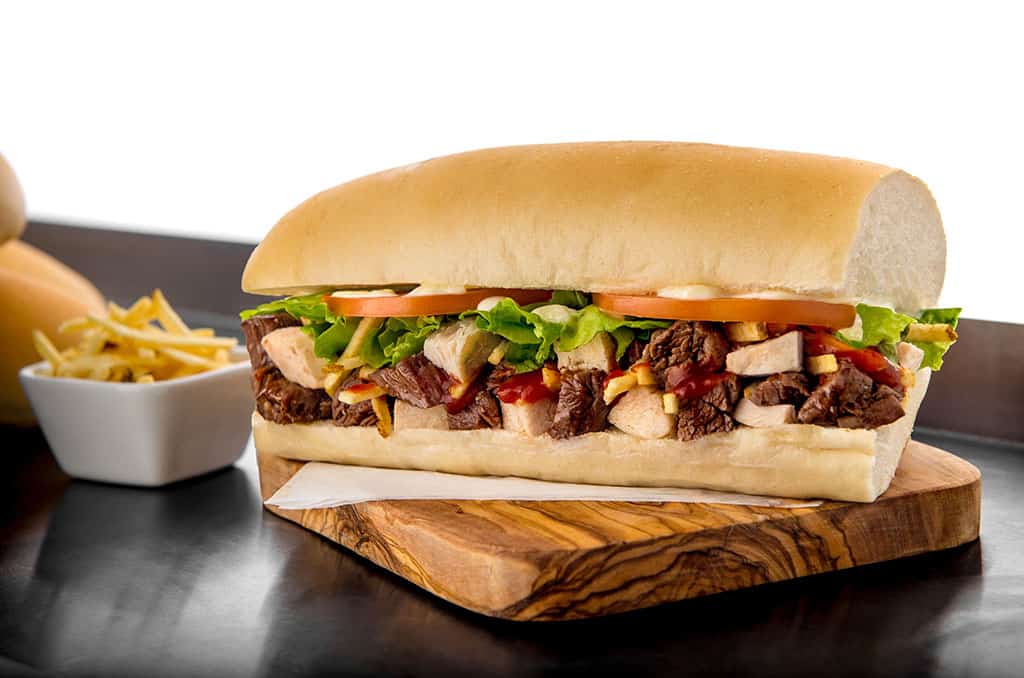 But let’s not start with food, or we will be here all day, I’ll get back to that in the moment.

Oh, who am I kidding? For me, it’s all about the food!

Besides Tony and Adam (sure, I’m on a first name basis with them!) I also blame Jessica van Dop DeJesus. Ms. Dining Traveler, a blogging bud and travel media specialist focused on food (how can you go wrong) who just successfully completed a Kickstarter to create a photo book and travel guide that shows the island from a Puerto Rican perspective, more specifically her perspective, which means lots and lots of food! I am so ready for that guide to come out, but in the meantime, I definitely have my own must-do foodie agenda! 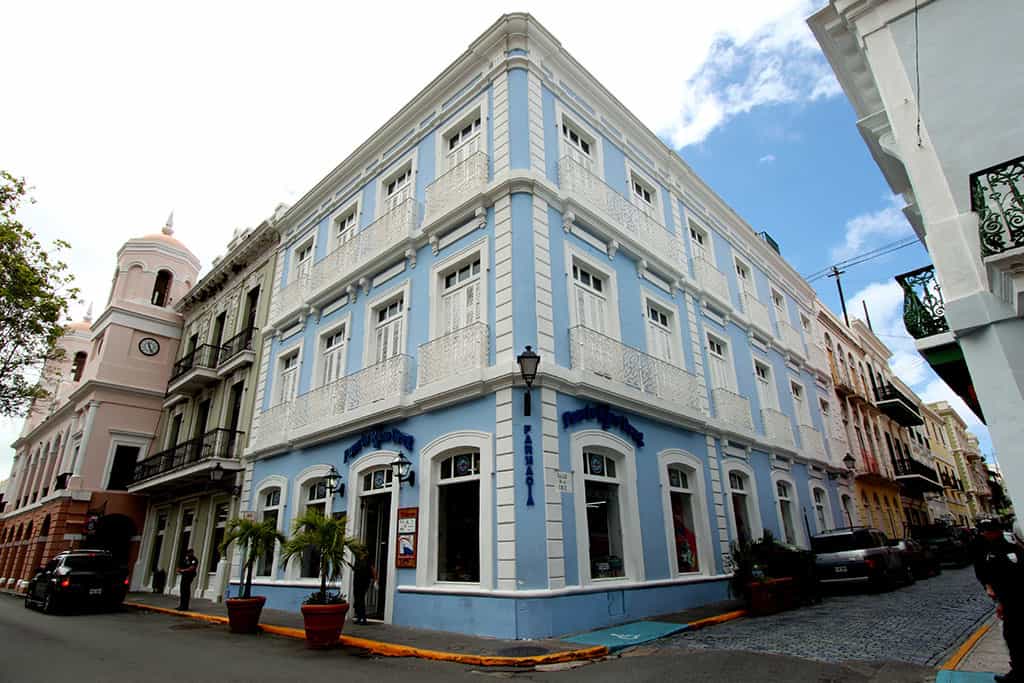 I will definitely be re-visiting Old San Juan (some of these cobblestones have been in place for 500 years and are still in use!) and El Morro (a historic fortress built in the 16th century to protect San Juan from attack by sea) which I have visited before. 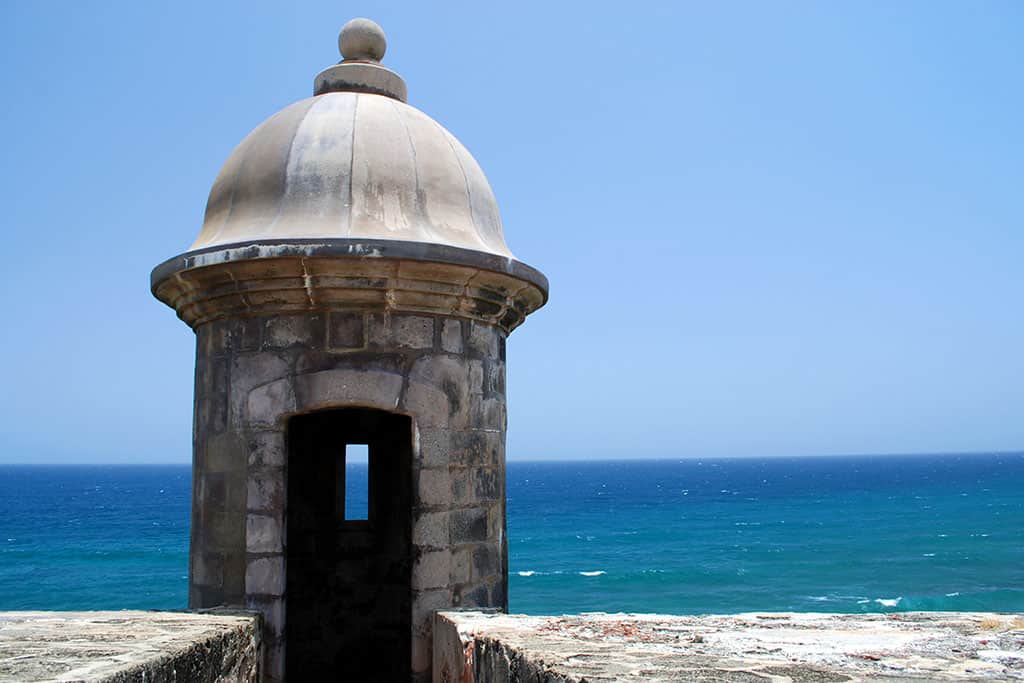 But I will also be checking out the amazing asopao, one of Puerto Rico MANY stews (I am a sucker for stew). This one is made with rice and chicken, lobster or shrimp and the best round happens to be in San Juan’s oldest restaurant, La Mallorquina, which has been around since 1848. 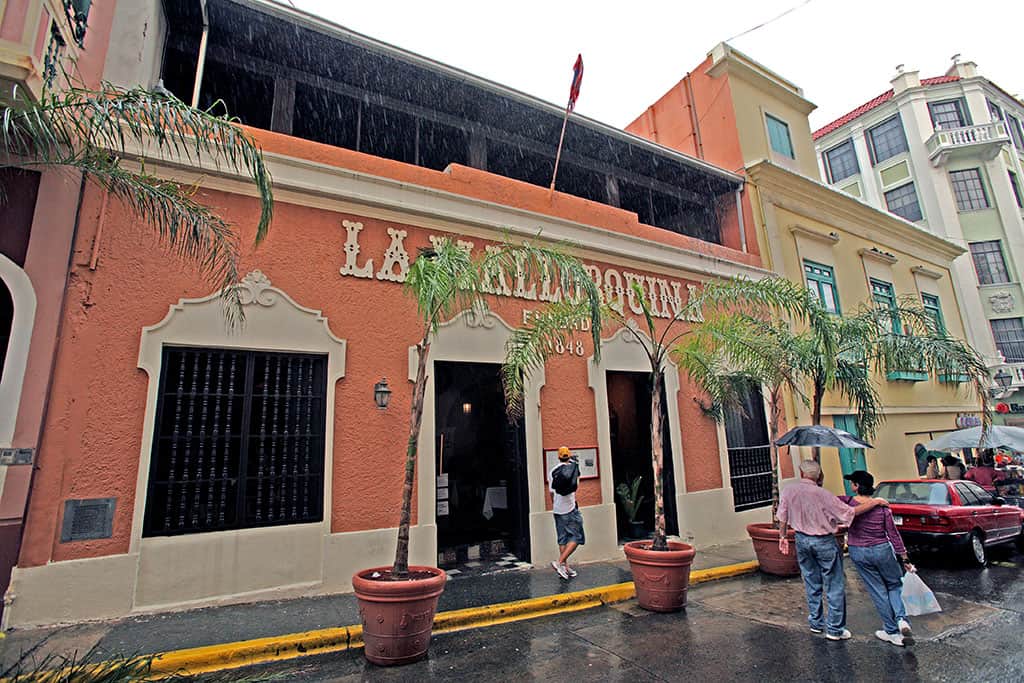 They’re also supposed to serve killer coffee which I am definitely interested in trying out. Puerto Rico has a long history of coffee farming and used to send it to the European royal courts. I was completely unaware of their long tradition in growing and roasting amazing coffee and I have it on my coffee bucket list to try! 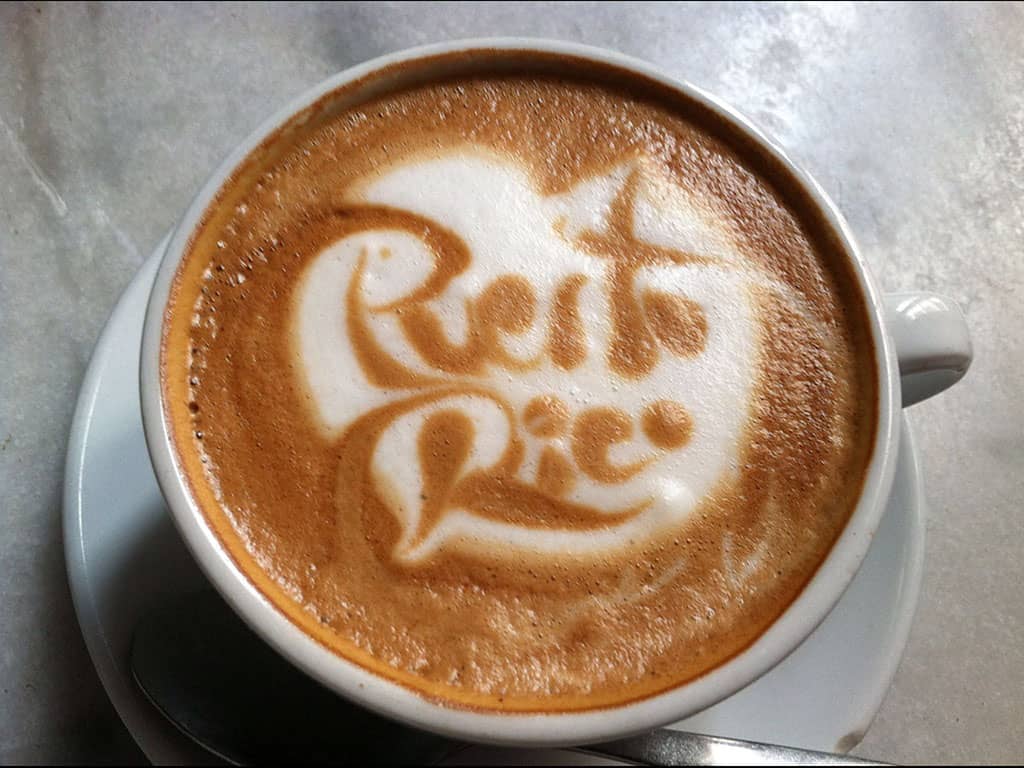 Then there is the sofrito. Just about anything made with sofrito is going to deep and rich in flavor. New Orleans has their holy trinity and the people of Puerto Rico have sofrito. Sofrito is a mixture of onions, coriander, peppers and garlic browned in either olive oil or lard and colored with achiote. The result is a bright yellow color which is core to Puerto Rico’s rice, soups, and stews. Dishes like carne guisada puertorriqueña (beef stew) or meat pies (they might just take the UK for a run for its money!). 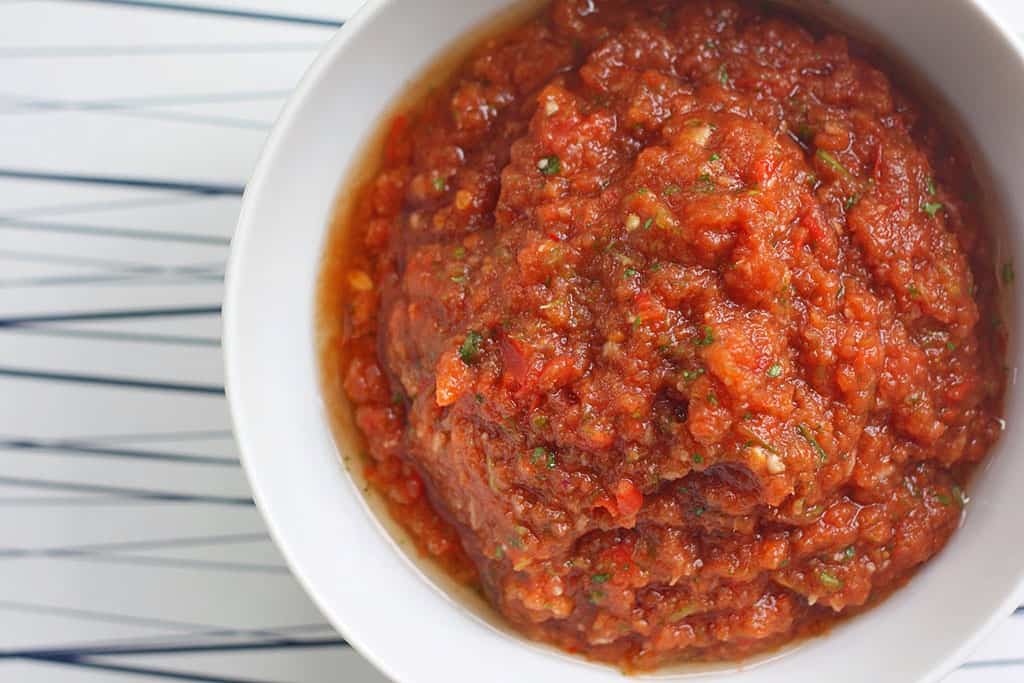 Another dish on my must-try list is mofongo, another stew, traditionalists say pork and pork skin (but there are beef, chicken and seafood versions) that are mashed together with plantains with a garlic sauce on top – yes, please! 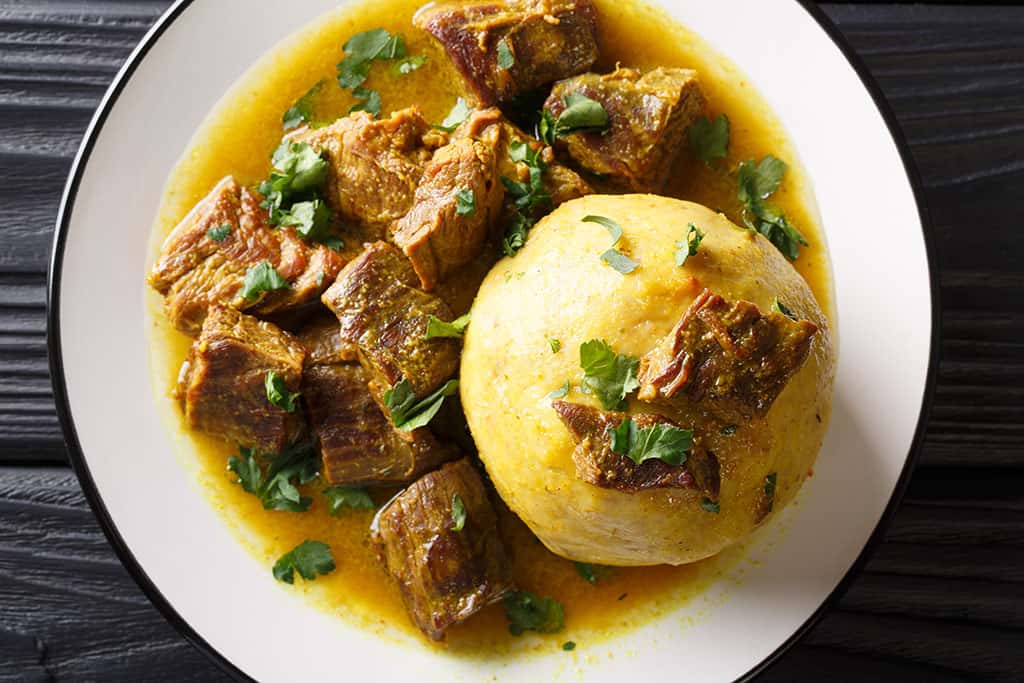 On my last visit, I wasn’t thinking about coffee or stews, I had tostones on the brain. One of my favorite things to eat! It is served as a side dish for practically everything and when I was there I discovered a farmer’s market (Saturdays between 8 a.m. and 1 p.m) where I  bought a bag of tostones to snack on while I walked through San Juan. 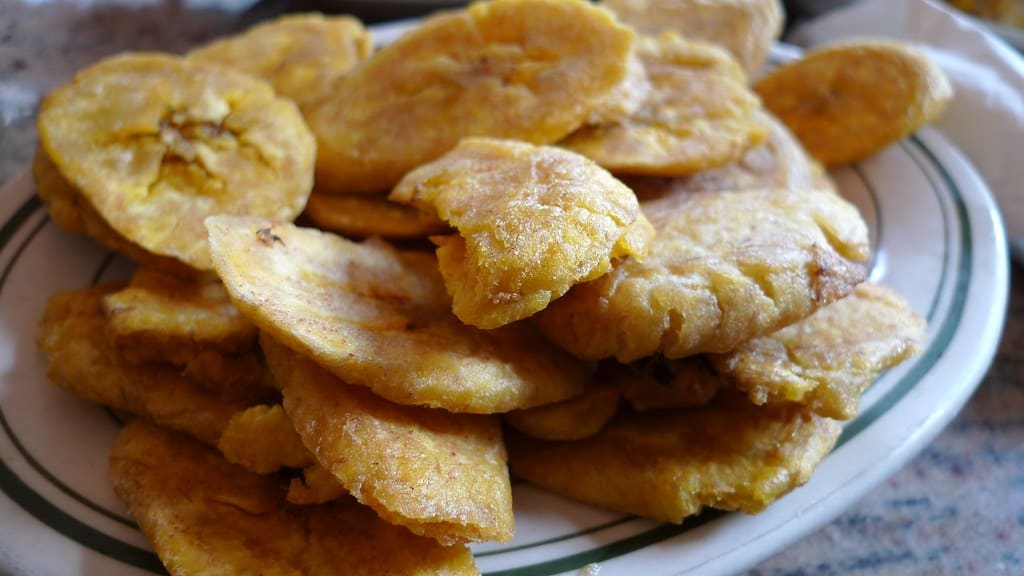 That salty goodness (tostones are fried and salted plantains) was enough to keep my mind off the 85-degree weather.

The weather is practically 85 every single day, even when it rains, you cannot beat the consistent weather, especially if you are a beach goer. Puerto Rico has one of the top ten world’s most beautiful beaches (there are 270 miles of coastline), you definitely don’t want to miss a visit to what is considered the best – Flamenco Beach. I’ll go to if I can be guaranteed a sun umbrella and something with ice and rum! 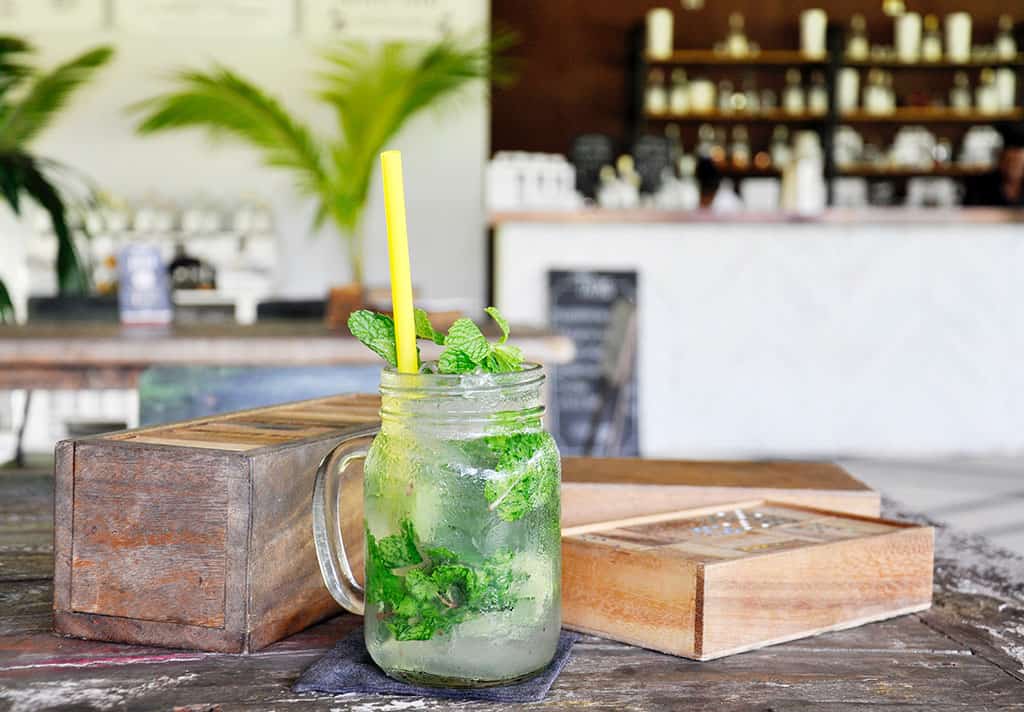 Not going to be a problem as rum is the national drink. Puerto Rico is the world’s leading rum producer. Eighty percent of the rum consumed in the United States comes from Puerto Rico! Every bartender has their own version of a rum-focused drink, be sure to ask wherever you visit! 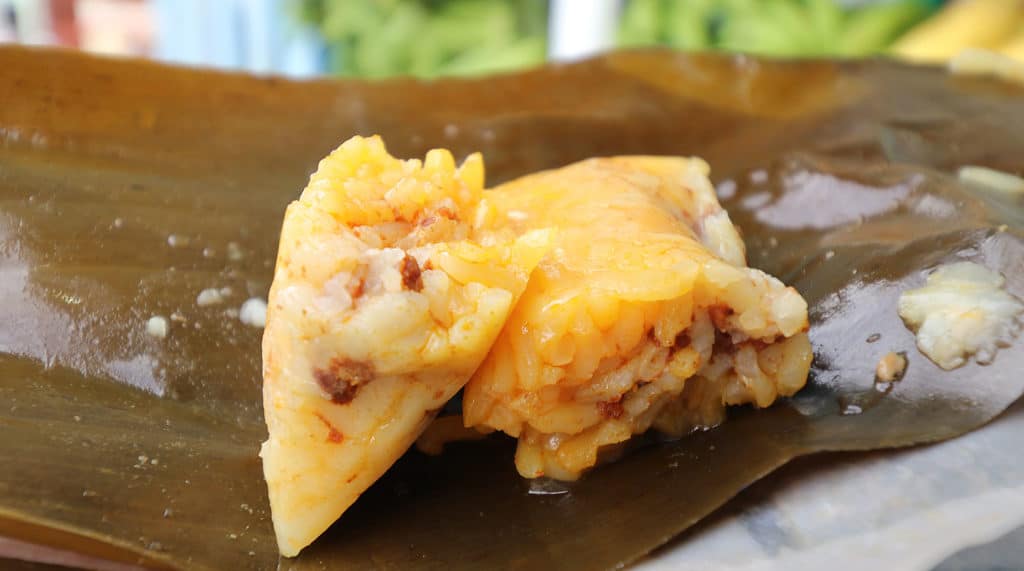 I think rum goes best with pasteles, don’t you think? I hope this doesn’t make the islanders mad, but to me, pasteles are the Puerto Rican version of a tamale and they are delicious. I’ve had them before, not in PR, but made by a native and I am waiting for someone to invite me over to their auntie’s house so I can try them again. There must be a pasteles cart somewhere on the islands? Right?

That’s how I would do a foodie vacation in Puerto Rico, how you? As you can see there is lots to do!

Puerto Rico looks amazing! I would so like to go there some day. You did an awesome job of making it look irresistible. Nice photos too!

Andi! THIS IS AMAZING. I'm half Puerto Rican (my mom is full), so I grew up eating fried plantains, sofrito in EVERYTHING and so much more. Sadly, I've never had the chance to go back to PR but what a dream it would be. Thank you so much for sharing!! LOVE THIS.

I am dying to go back to Puerto Rico! My husband and I stayed there for almost a week for our honeymoon almost 5 years ago. We actually stayed at a resort near El Fajardo, but did a day trip into San Juan. I have to say one of the best meals we had of the whole trip was this little locally owned spot that was a short walk from the resort property. I am hoping we can go back with the kids in the next 2 years or so. :)

Great food pics and I love that first photo of the man with the guitar. Puerto Rico is awesome!