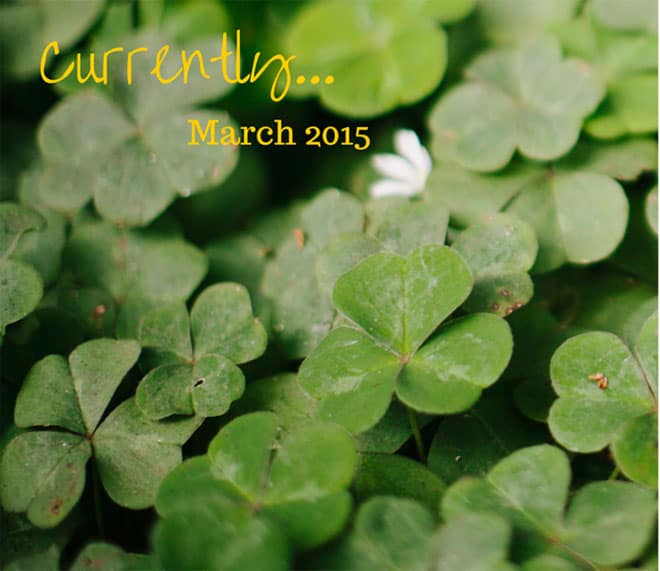 Watching | ???
> We finished House of Cards this week and I WANT to watch House of Lies (Season 4), but it isn’t available for streaming yet.
> Since last month we also finish Spartacus. ANYONE who tells me Game of Thrones has too much violence or sex has NOT seen Spartacus – wowza!

both by James Patterson both coming soon.
> Finished Obsession in Death

Working On | A reader survey!
> Plus a few weekend misadventure posts.

Feeling | Bummed.
> I totally messed up on one of my interview posts this week. Not just one mistake, but several. It was a case of a-week-that-got-away-from-me. No excuse, but it still stings.

Planning | A trip to the NCAA Final Four!
> I will be heading to Indianapolis and to the Final Four basketball tournament with Buick – more on that soon.
> Before that, I am going to meet Katie, Brianna and Murissa in person at the Women in Travel Summit in Boston at the end of the month – yay!

Loving | Re-connecting with friends.
> I haven’t been in the mood to reach out to friends, but I am starting to do that, and it feels good.

My Favorite Photo | Ikura sushi at Pabu.
> Some people may find this gross, but I have been craving ikura on a daily basis! 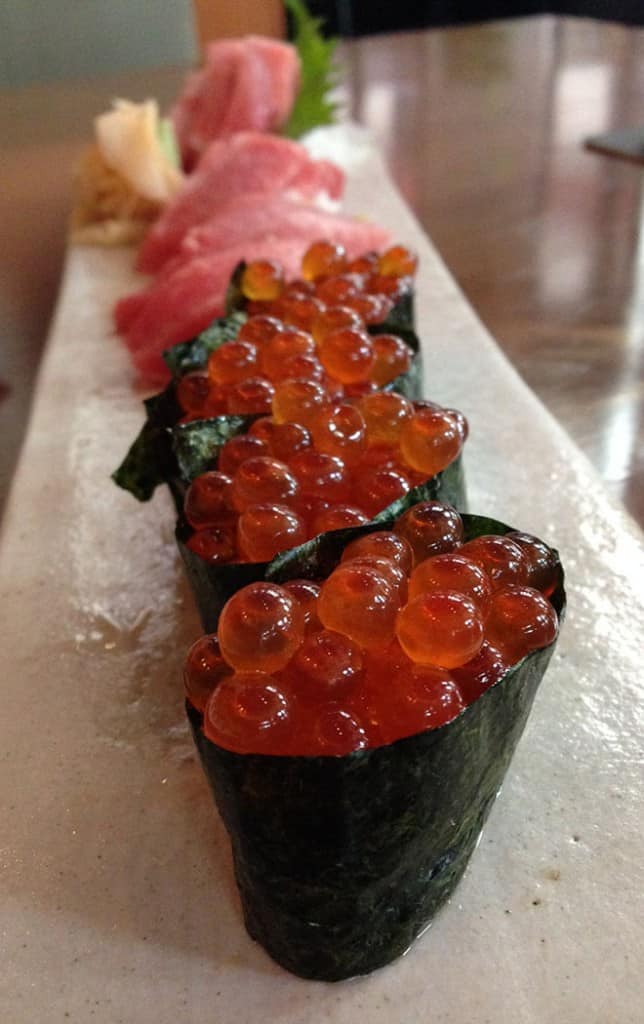 Ooooh, House of Lies is also on my list of binge watching for the perfect weekend. I hope by now you have had a chance to watch it.

@Ayana, I haven't seen season 3 yet as it isn't availab;e for streaming on Netflix or Apple TV, so I have to wait a bit longer!

I love J.D. Robb! Currently, I am trying to carve out a day to myself to play catch up on all things - work, blog, life. Have had a sick baby for a few weeks and little rest. Excited about the warming temperatures and extra sunlight!

I have not watched house of cards but my husband has and said its really good!! I keep foregetting about it!

@Nelly, we liked it, although I enjoyed Season 1 and 2 more than 3!

How does everyone have time to watch TV? I JUST watched the last episode of Downton Abbey which aired 3 weeks ago and besides the Baking Show, which I haven't seen the last 2 episodes of, I don't watch any other TV! I constantly feel like I will never catch up on house stuff, paperwork, blog stuff...always putting off fun stuff because of it. Wish I had 48 hour days. :(

@Christina, I save most of them for airplanes! Or hotel rooms, I rarely turn on the TV in a hotel room. Otherwise, my hubby and I watch a movie or TV right before we go to sleep at night.

Isn't House of Cards the BEST?! Completely addicted (and now strung out until next season comes out) to it!

@Lauryn, yes, but I am little perplexed about Claire - can't wait to see what happens next!