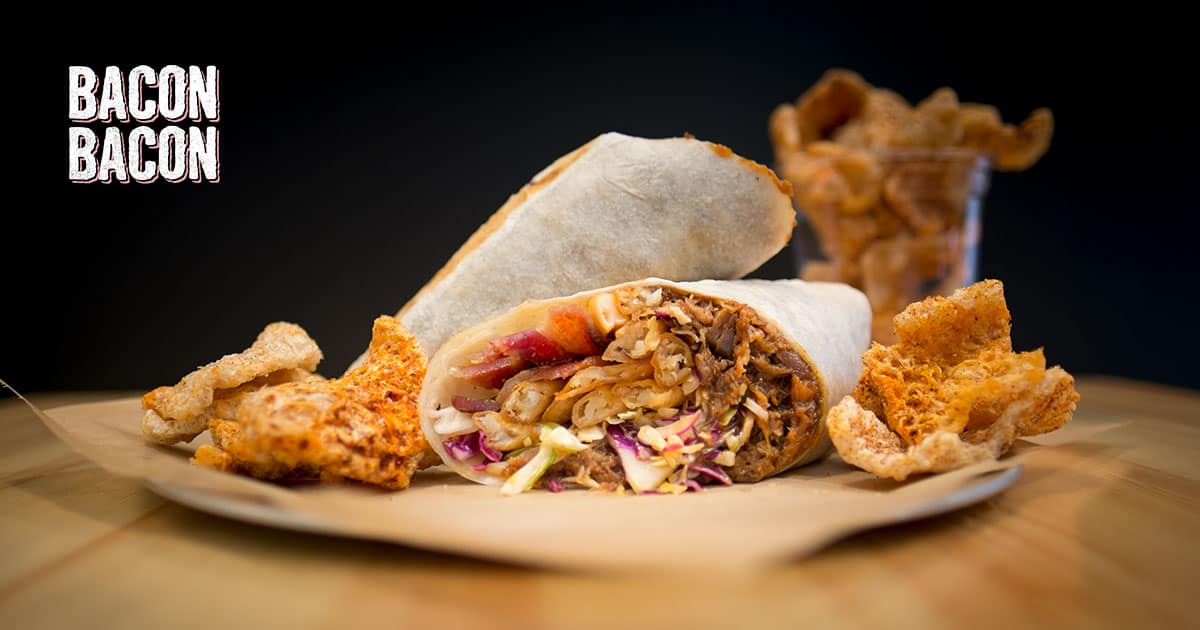 UPDATE: Now that Bacon Bacon is a permanent storefront in San Francisco (205 Frederick St), they [sadly] shut down their food truck, but it’s still a fun read to see the OG!

This truck launched in San Francisco with a fanfare. It was written up Thrillist and other local news and foodie sites. It is even featured in the Food Network’s food trucks local competition.

But who cares about all that…I just wanted to eat the bacon!

I tracked it on Facebook for weeks trying to catch them when they were near my office (I don’t have a car) and finally, finally, I got there.

And it was so worth the wait. Only now, I am craving it all the time!

They have a simple menu, and isn’t that the best? 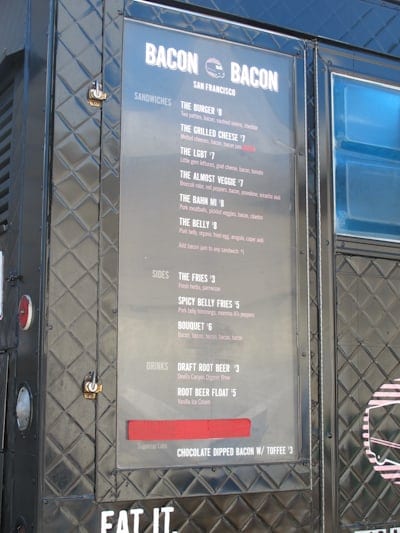 And here is the Bacon Bacon owner taking orders, notice the yellow sign on the menu that he added after I took the photo above, it says Triple Pork Belly Tacos $3 (No Line). 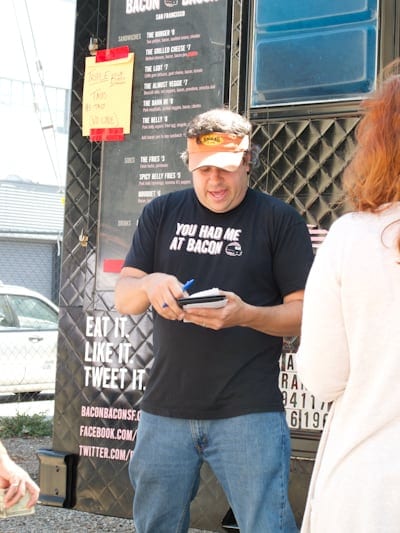 That becomes important because the line starts to look like this if you don’t get there early: 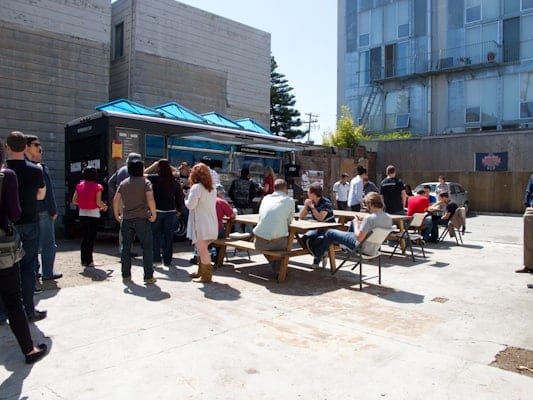 And now the food part!

I had the amazing LBGT goat cheese ( you know how I feel about goat cheese) and bacon sandwich. And now I literally cannot think of anything else these days!

Every bite was amazing. I have a love/hate relationship with bacon, I love it, it does not love me and tells me so for hours after I eat. But I always suspect it is the quality of the bacon. Bacon Bacon’s bacon loves me.

My co-worker had the regular The Fries with herbs and parmesan, I tried them, very tasty too. I have to tell you I am not a huge fry fan, I only eat them from time to time and I never finish a portion, but I would rate these as exceptional.

My other colleague had the Almost Veggie sandwich which has broccoli rabe, peppers, provolone and the “almost” part, the addition of a gorgeous slice of bacon. While my co-worker found the rabe bitter, she thought the bacon was excellent.

They also serve a mean root beer (floats are available too!)

Now that they have a schedule that seems pretty consistent, I can catch them every other Thursday (likely the alternate Thursday will be Liba!)…now if I could just be in town for two Thursdays in a row!

How about you? Has the bacon phenomena hit your neck of the woods? 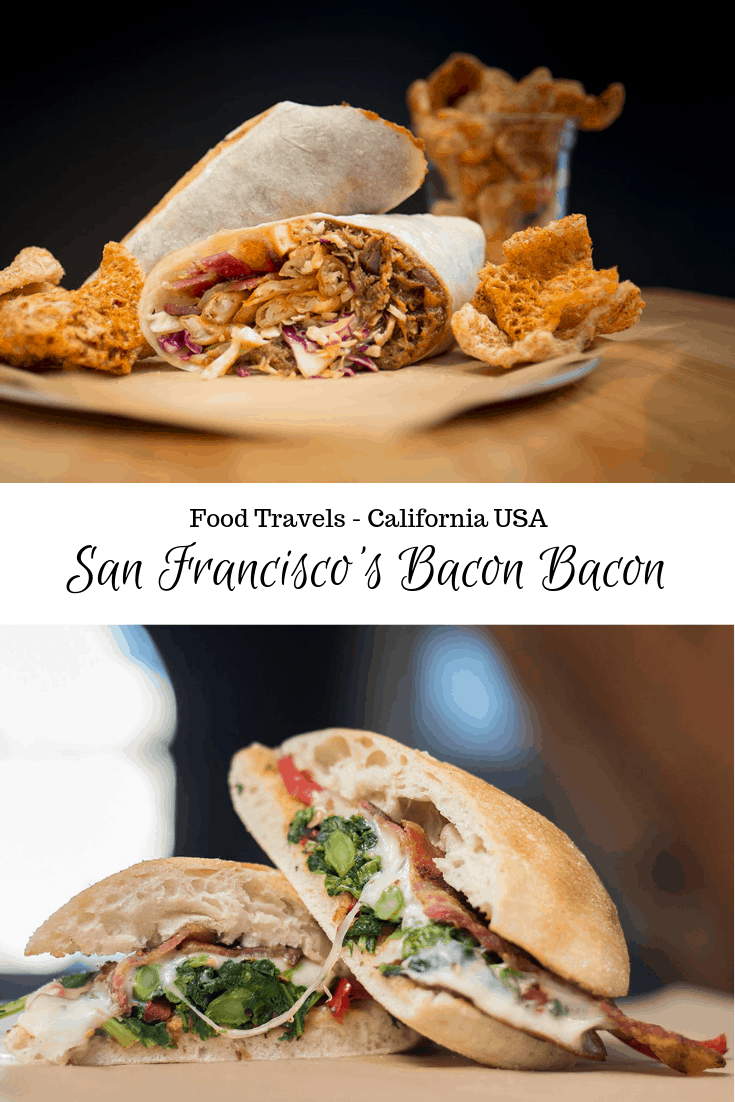 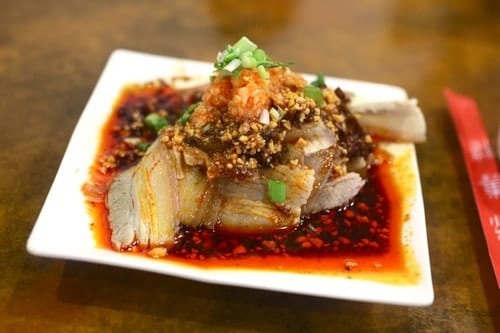 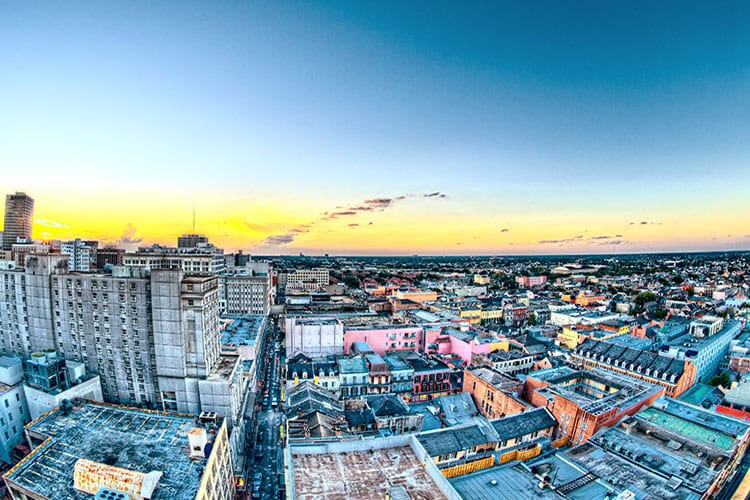 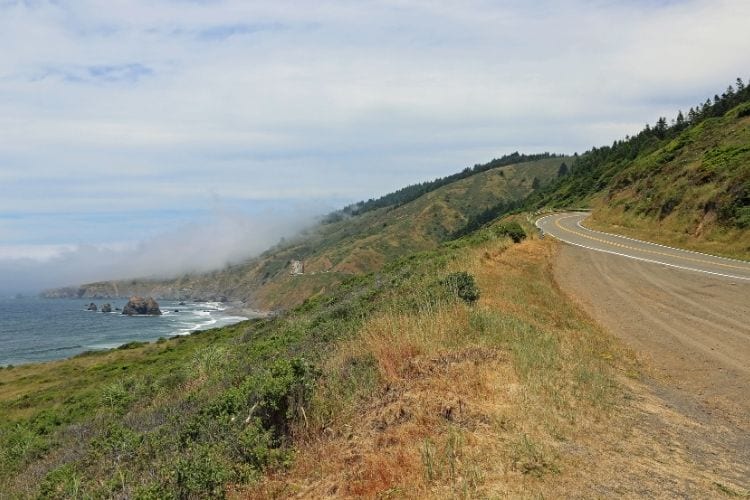 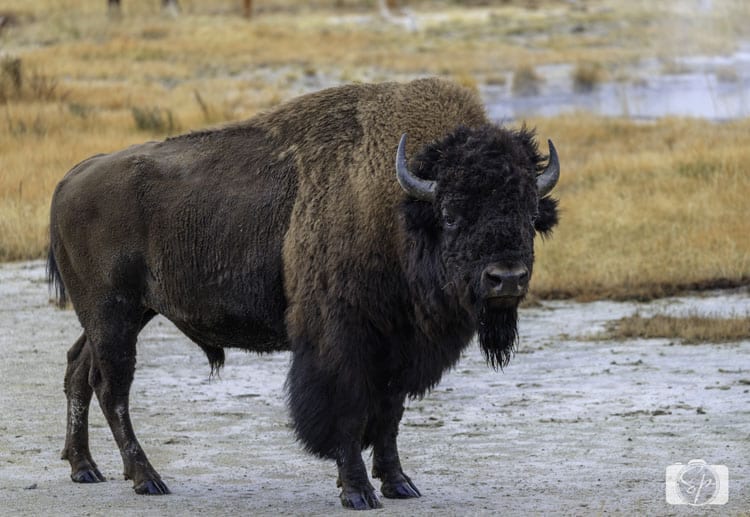 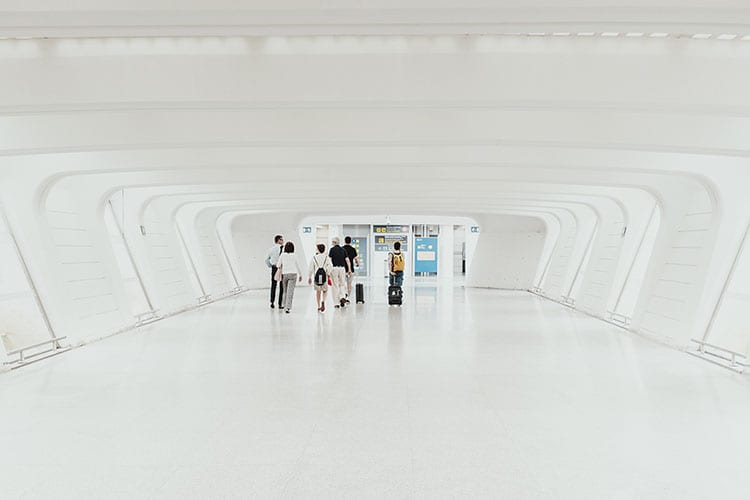 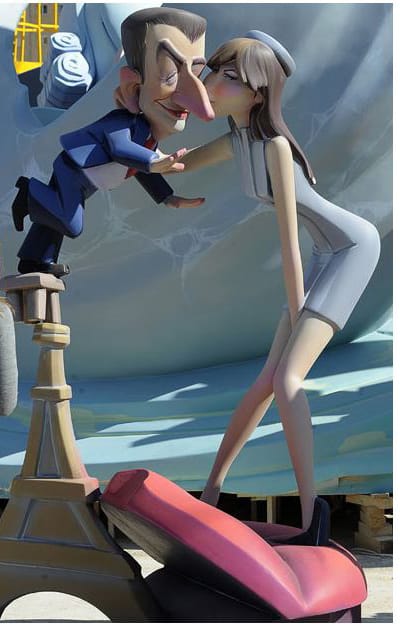