Being that I work in San Francisco, where you can literally find cuisines from everywhere in the world, finding Ethnic flavor in my neighborhood is easy.

Right around the corner from my office in the Financial District is John’s Snack and Deli. It is not much to look at. It reminds me a bit of New York. But I had noticed that there were crowds at lunchtime. 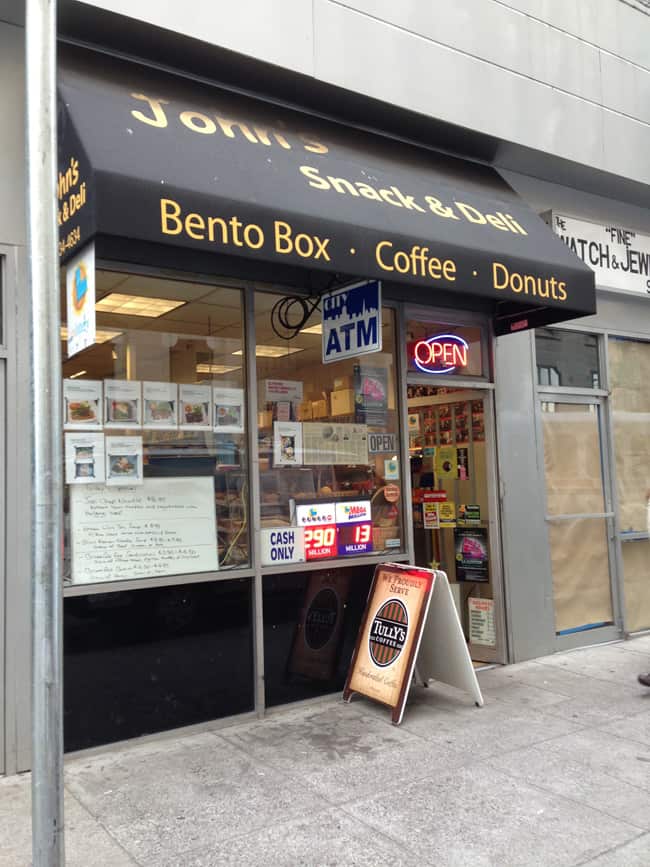 I finally took the time to check it out one day, but the lines were too long. Then I saw they served breakfast. When I got my mission, it literally took 30 seconds to decide that was going to be my breakfast stop!

John’s Snack & Deli is famous for their kimchi burritos, in fact, it is #15 on the SF Weekly’s 92 best dishes in San Francisco. A personal bucket list along with the 7 x 7 Magazine Big Eat list.

I wasn’t up for a burrito, I was interested in trying their Korean sushi, Kim Bap. I ordered a spicy chicken Kim Bap and took it back to my office for breakfast. A perfect way to start the day, there is rice and egg and cucumber and chicken wrapped up sushi style. 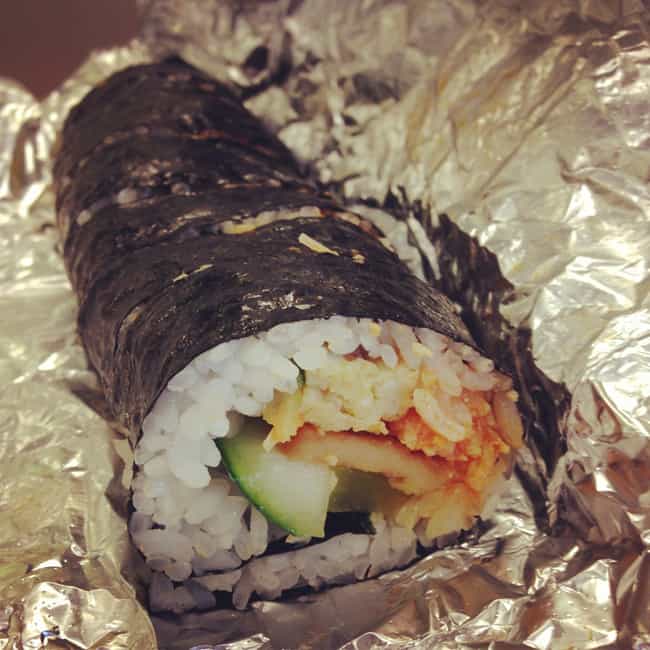 Breakfast had set the bar high and when I considered how I would match that for lunch (because yes, immediately after breakfast I was thinking lunch!) I could only think of one man in the neighborhood that could meet the challenge…Charles Phan. I headed to the Ferry Building (so blessed, it is two blocks away from my office) and headed to Out the Door.

There was no way I was going to have lunch at the famous Slanted Door, you need a reservation weeks in advance, but I can get delectable Asian delights from his takeaway spot adjacent to his restaurant. Having recently tried his steamed buns, I had been dying to try the chicken rice porridge. Which is exactly what I did (plus another bun of course!). 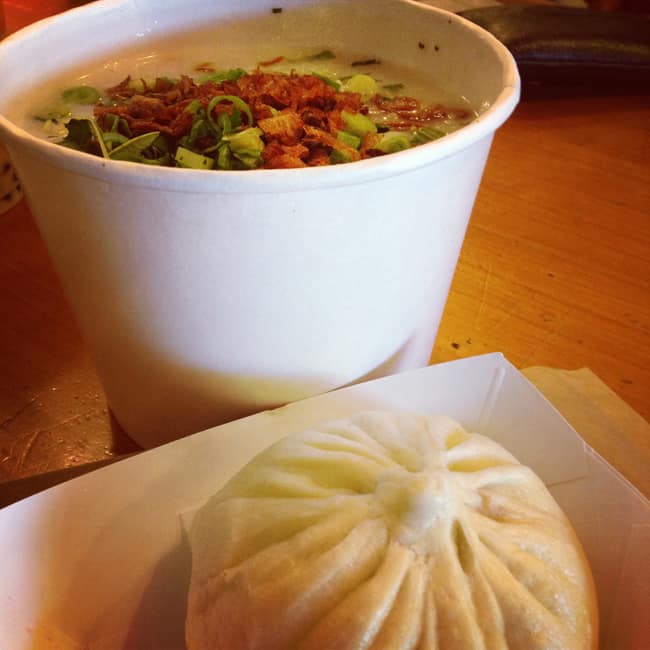 The porridge is like heaven, or at least my idea of heaven. It is cooked with large chunks of ginger which infuse the rice and chicken. It reminded me of a ginseng chicken dish I had during a very cold winter trip to South Korea. It warms the belly and the soul.

The other treat that went with lunch and the recipe I plan to share, is something that I have a weakness for. In fact, now that I know that this item is only two blocks away, I am incredibly worried about how many pounds I might gain if I allowed myself to have it daily….all the more reason to keep Skinny Cow stocked in the freezer (I am so serious about that!). Boba tea. Sometimes called bubble tea or pearl tea. It is seriously addicting!

Boba tea is a Taiwanese drink with tapioca pearls, and it is to die for! It comes in a million flavors, but I like the classic black milk tea variety. And while it will probably be a long while before boba tea shops proliferate America, this is something you can make at home! 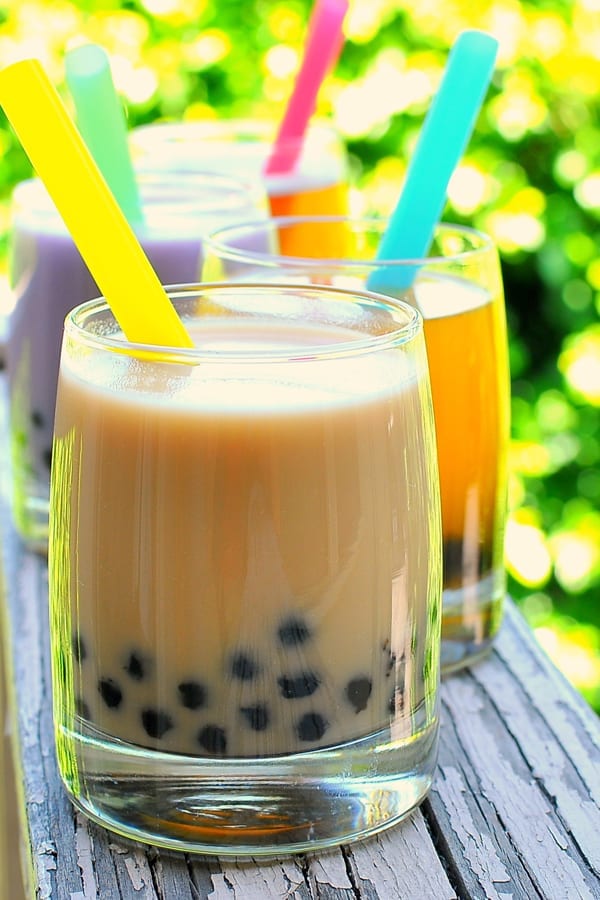 In fact, one of the food blogs I read all the time, The Kitchen, has a great recipe. Tastespotting does as well.

Here are more Financial District picks from another local who works in the neighborhood.

How about you? Do you seek out international restaurants in your neighborhood? What has been your favorite experiences?

Dinner at Slanted Door was delicious! Thanks for the recommendation!! And I noticed there is actually (and quite unbelievable) a bubble tea place in my town now - I definitely think I need to try it.

@Katie, yes! Run there now you will love it! As long as you don't have a "texture" thing!

I really want to try that Boba tea!

I first had bubble tea about 20 years ago in Taiwan and thought it was the best thing EVER! I love Asian food and everything you described, breakfast on up sounds just amazing.

The tour name is Edible Excursions. Do you have suggestions for better food tours of Sam Francisco? Or tours in general? We are looking for something unique and not so touristy.

@Murissa, they are a FANTASTIC tour company. I am not sure about their Japantown tour, but I know that their Berkeley, Oakland, Ferry Building and Mission tours are top notch. I have been trying to get into a Mission tour (they have 2 different ones) for awhile!

That korean sushi looks and sounds awesome! Love the pics!

@Amber, you should definitely check it out when you come on your trip!