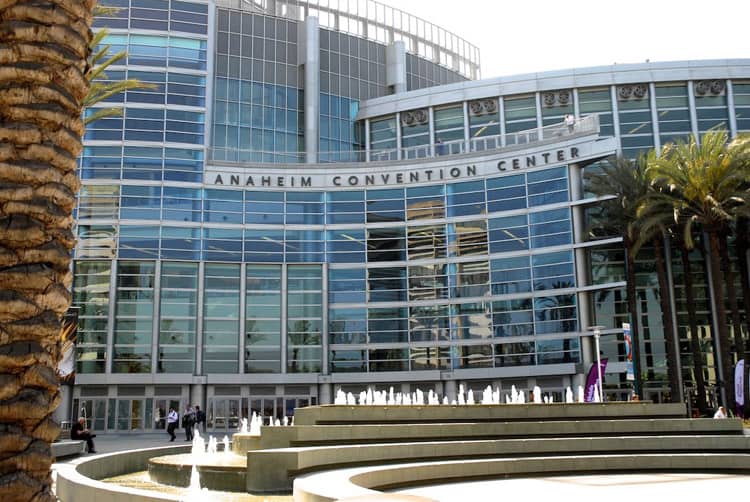 Disclosure: This post was created in collaboration with InterContinental Hotels Group. As always, all experiences and opinions are my own.

Are you heading to Anaheim for a conference or trade show and wondering what to do? Don’t underestimate the power of doing something else in Anaheim besides seeing the mouse!

I know from personal experience with working and attending events that conferences often mean you’re often stuck indoors without fresh air or good food. My remedy is planning a 24- to 36-hour adventure before or after my event so I can enjoy my surroundings, get outdoors, and try some tasty food. Spending 36 hours in Anaheim is easy. You’ll run out of time before you run out of things to do! 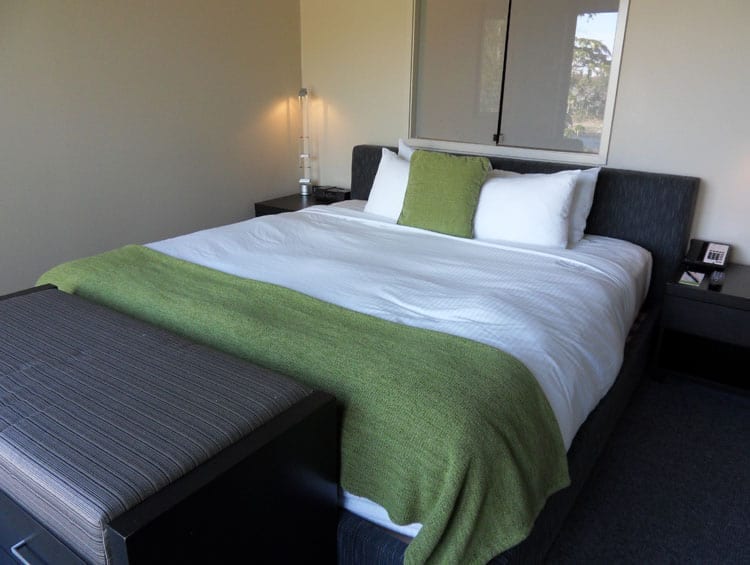 Whenever I’m doing something at or near a convention center, particularly if it’s the largest convention center on the West Coast, I want my hotel to be as close as possible. In Anaheim, this is no problem. Not only are the IHG hotels near the Anaheim Convention Center close to all the Los Angeles-area airports, but they’re also super close to the Anaheim Convention Center. With that problem solved, now you can go and play! 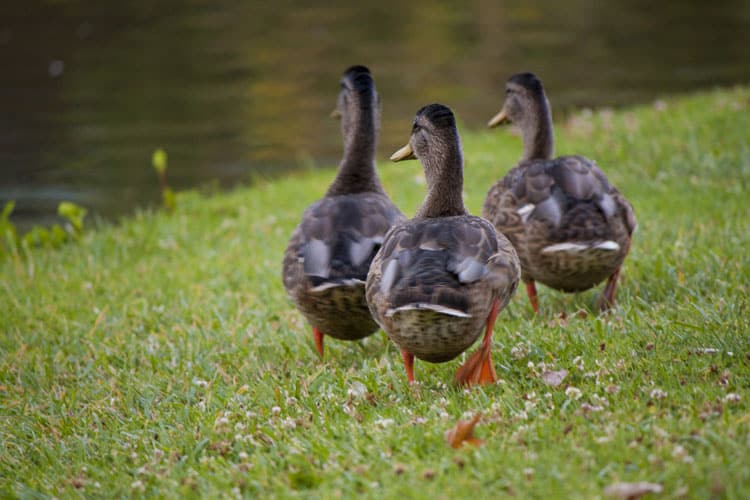 Ducks out for a walk in Ralph B Clark Park. Image via Flickr by Fido.

There are a ton of parks and gardens in the Anaheim area that will make you forget you’re in an urban jungle. Located in the Anaheim Hills, Oak Canyon Nature Center has lots of trails for hiking. Most of them are pretty short in length and minimal in difficulty, but they’re all connected so you can keep on going until you get tired. There’s also a natural spring that runs along most of the trails as well as plenty of shade to escape the heat.

In the mouth of the Santa Ana Canyon, you’ll find Yorba Regional Park. It spans over 140 acres and has four lakes with fish. The Santa Ana River runs along the park, including the hiking trails and picnic area. There are over 400 picnic tables here, so you’ll easily find a nice shady spot to have lunch after a walk or a hike.

If you love birds, you’ll really enjoy Ralph B. Clark Regional Park just outside of Anaheim. You can see more than 130 bird species in the park. You can also bike, hike, fish, or just relax under a tree. In season you can also check out games at the six softball fields.

In the spring, there’s nothing better than baseball, hot dogs, and apple pie at Angel Stadium. Check out the local team and sip some brews. The hot dogs from Crafty Dogs are amazeballs!

On Thursdays, Anaheim Certified Farmers Market is open downtown from 9 a.m. to 1:30 p.m. You’ll find fresh produce from local farmers, which is perfect for a picnic at any of the above parks. Here you’ll also find flowers, food stalls, and other artisanal products. On Sundays, head to the Packing District to check out the Farmers Park Market, which takes place in a 2-acre park with a nice boardwalk and gardens.

EAT. Your heart out! 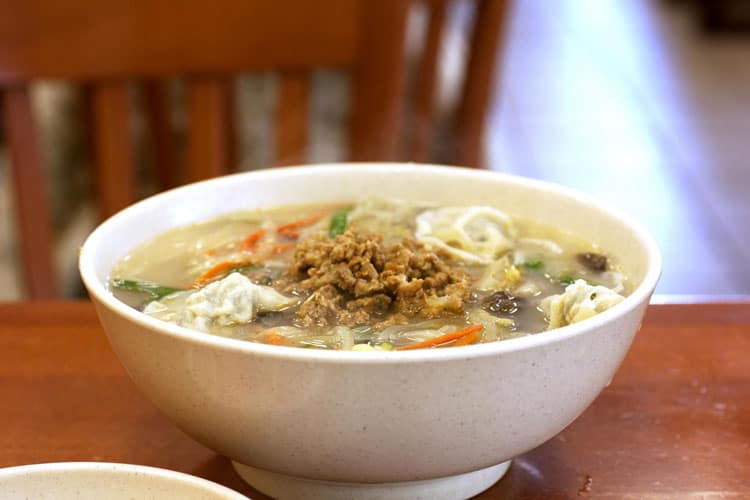 Kalguksu at Myung Dong Kyoja. Image via Flickr by bionicgrrrl.

Okay, you know me. This is my favorite part, which is why I saved it for last. It doesn’t sound right to say, “Stay, Play, Eat,” so just roll with it! I could write a whole post on food alone, but here I’m just going to give you some highlights.

If you’re into noodles, then Myung Dong Kyoja is the spot for you. All the Korean dishes are to die for but don’t miss kalguksu, the signature bowl of knife-cut wheat noodles with ground meat and dumplings.

There are plenty of great burgers in Anaheim. You won’t go wrong at the American Tavern Eatery or Umami Burger, but if I had to choose just one spot, it’d be Slater’s 50/50. This bacon-forward burger is cooked perfectly and never disappoints. Get an egg on top, and you’re done.

In Southern California, tacos are everywhere. I love a good taco truck, but when I want something a little different, I head to Pour Vida Latin Flavor for the fried chicken or the ahi taco. This spot also does a great breakfast burrito.

I’m a huge fan of sushi, and I love Hawaiian food, so I often make a beeline for PokiNometry to get cafeteria-style poke bowls. You choose a base, add fillings, and throw on some toppings for a big bowl of heaven.

Last but not least is Olive Tree, a great Middle Eastern joint in Anaheim’s Little Arabia district. You’ll find dishes from all over the Middle East, and everything is delicious. I’m a fan of the lamb shank and biryani rice.

The next time you’re attending a conference at the West Coast’s largest convention center or going to the land where the mouse rules, you’ve got a game plan of great places to stay, fun things to do, and delicious food to eat in Anaheim. Now get out there and tell your boss you’ll work that trade show!

How about you? Have you spent any time in Anaheim? Have something to add to this list? Do tell!

Sound so fun ! I have never been , but I hope of going someday ! It sounds like a dream !

I've never been to Anaheim before I don't think I have. I have been to other cities in California and loved it though. You have some great suggestions to add to my list if I do travel to the area

I love tacos! I think you had me at "tacos are everywhere." :-) It sounds like a great destination. I have passed through Anaheim before, but I have never spent time there. The farmer's market looks great as well.

Sounds like such a great place to check out soon! I love going and seeing new fun places!

What a coincidence that I come across this post, since I might be going to an event in Anaheim in a few months. It looks beautiful there! If I do go I don't think I'll have time to visit the city...unfortunately!

@Lisa, that has happened to me so many times! Maybe you'l get out to eat. If not you can try these out on a future trip.